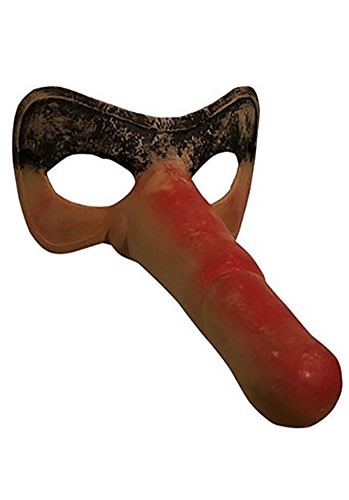 Deluxe The Creature from the Black Lagoon Mask
$54.99
Add

Raise A Glass of Milk

Stanley Kubrick's A Clockwork Orange remains one of the most influential films of all time! With good reason. The story is complicated, the characters twisted, the plot unimaginable, the music is from the unmatchable Ludwig Van. Controversial in its time, the film is now a classic, studied in schools and beloved by cinema aficionados around the world. Now you can dress exactly like the lead character, Alex DeLarge, with this Clockwork Orange Alex Droog Mask!

The latex mask looks exactly like the one worn by Alex in A Clockwork Orange, with the very (very) long nose, two holes around the eyes allow you to see, and an elastic band keeps it tight to the head. The coloring on the mask makes it look like caucasian skin with red on top. Not unlike the one in the film!

Get your gang together, mask up, and head to the music store or the milk bar this Halloween. We carry other Droog masks, as well as costumes, hats, canes... everything you need to complete your A Clockwork Orange costume.