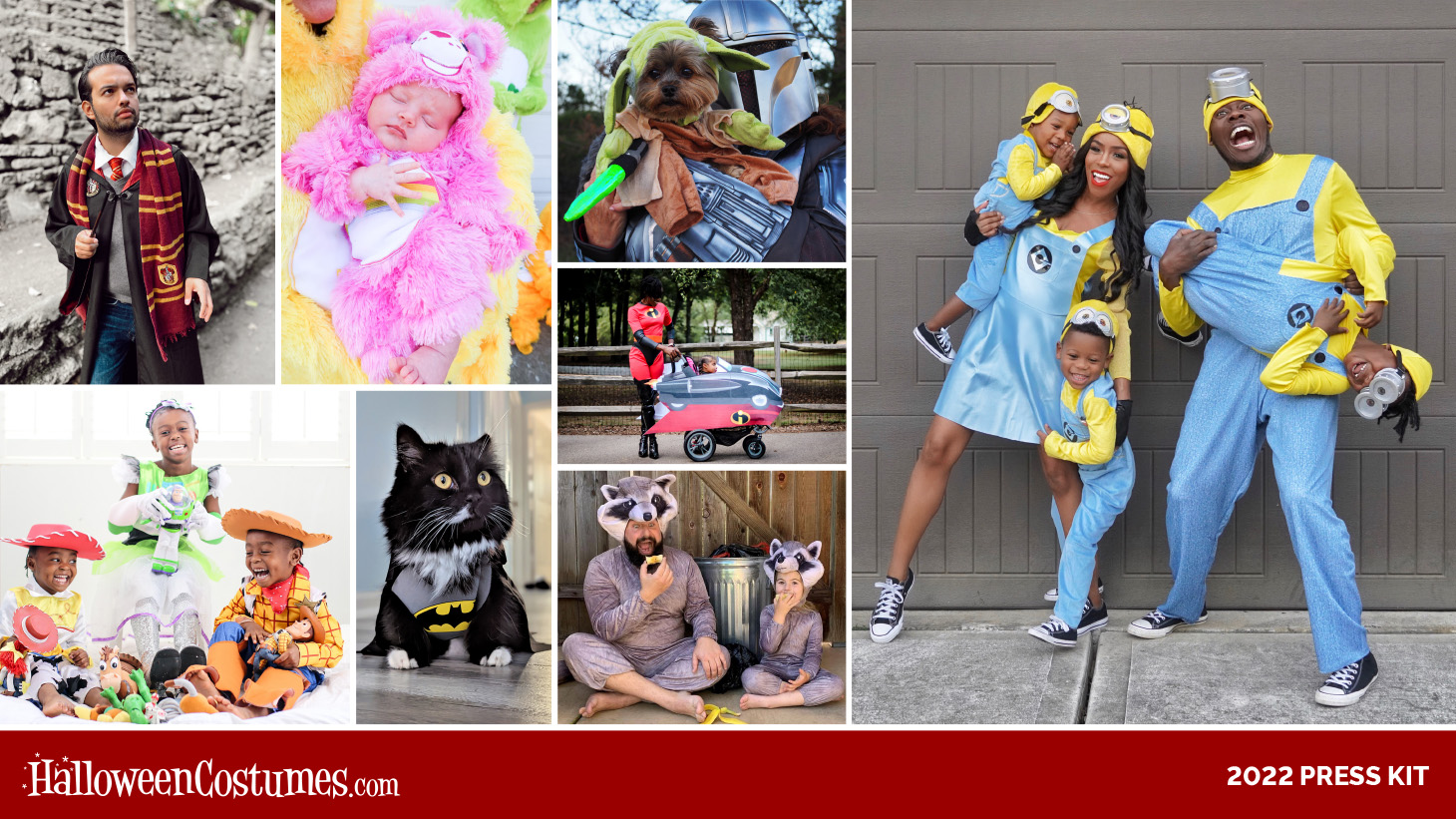 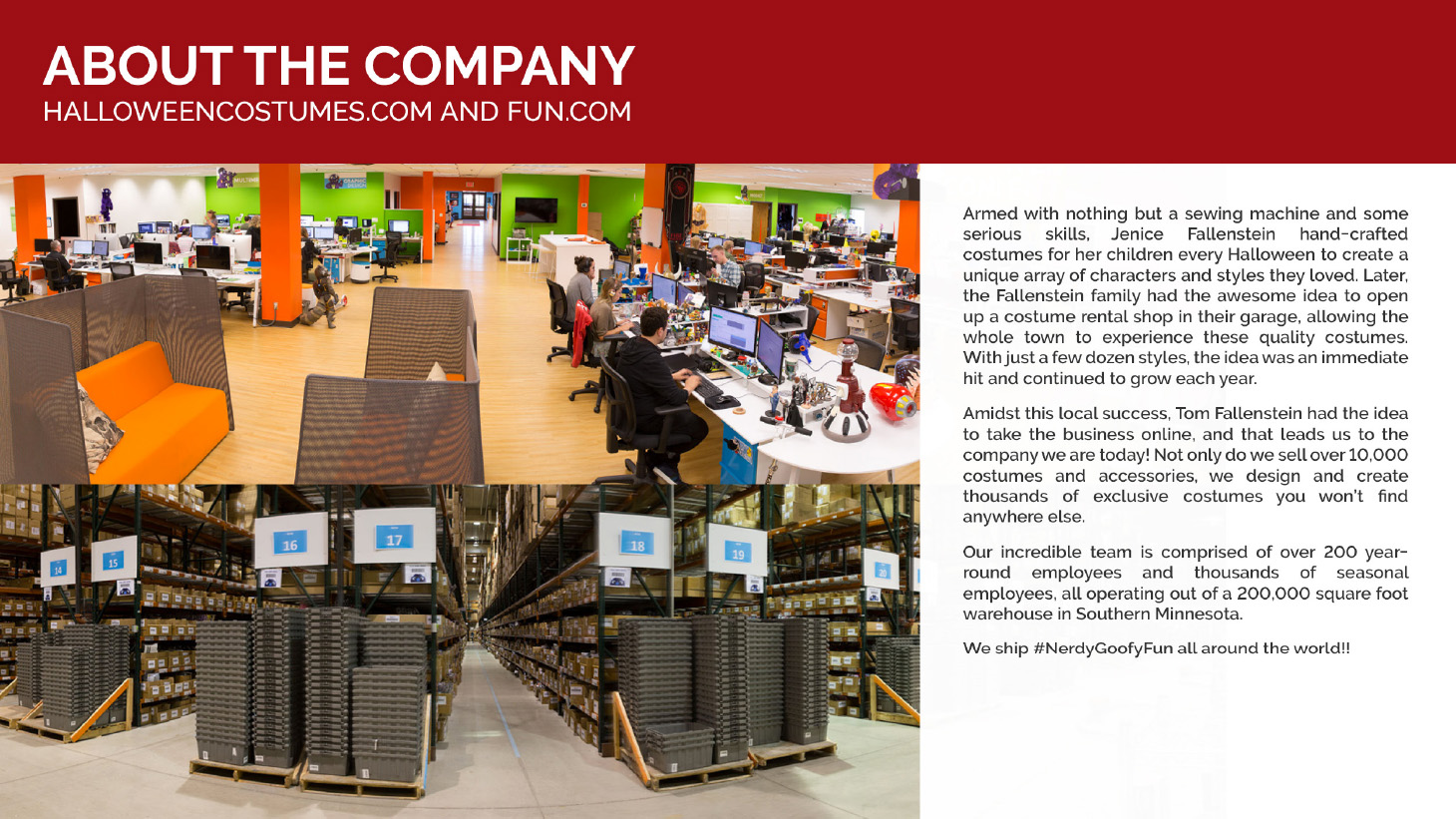 Armed with nothing but a sewing machine and some serious skills, Jenice Fallenstein hand-crafted costumes for her children every Halloween to create a unique array of characters and styles they loved. Later, the Fallenstein family had the awesome idea to open up a costume rental shop in their garage, allowing the whole town to experience these quality costumes. With just a few dozen styles, the idea was an immediate hit and continued to grow each year.

Amidst this local success, Tom Fallenstein had the idea to take the business online, and that leads us to the company we are today! Not only do we sell over 10,000 costumes and accessories, we design and create thousands of exclusive costumes you won’t find anywhere else.

Our incredible team is comprised of 175 year-round employees and thousands of seasonal employees, all operating out of a 200,000 square foot warehouse in Southern Minnesota.

We ship #NerdyGoofyFun all around the world!! 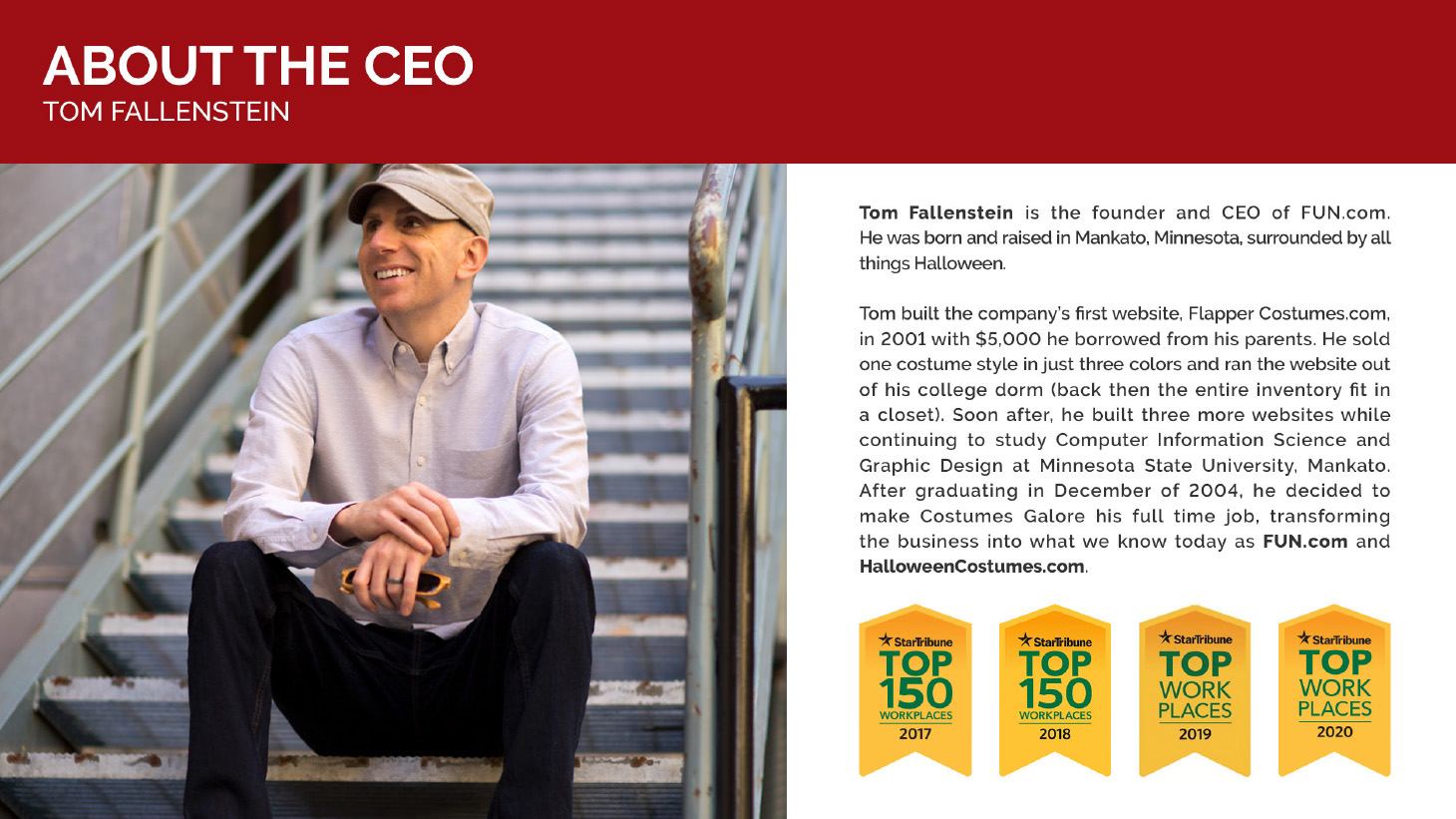 Tom Fallenstein is the founder and CEO of FUN.com. He was born and raised in Mankato, Minnesota, surrounded by all things Halloween.

Tom built the company’s first website, Flapper Costumes.com, in 2001 with $5,000 he borrowed from his parents. He sold one costume style in just three colors and ran the website out of his college dorm (back then the entire inventory fit in a closet). Soon after, he built three more websites while continuing to study Computer Information Science and Graphic Design at Minnesota State University, Mankato. After graduating in December of 2004, he decided to make Costumes Galore his full time job, transforming the business into what we know today as FUN.com and HalloweenCostumes.com. 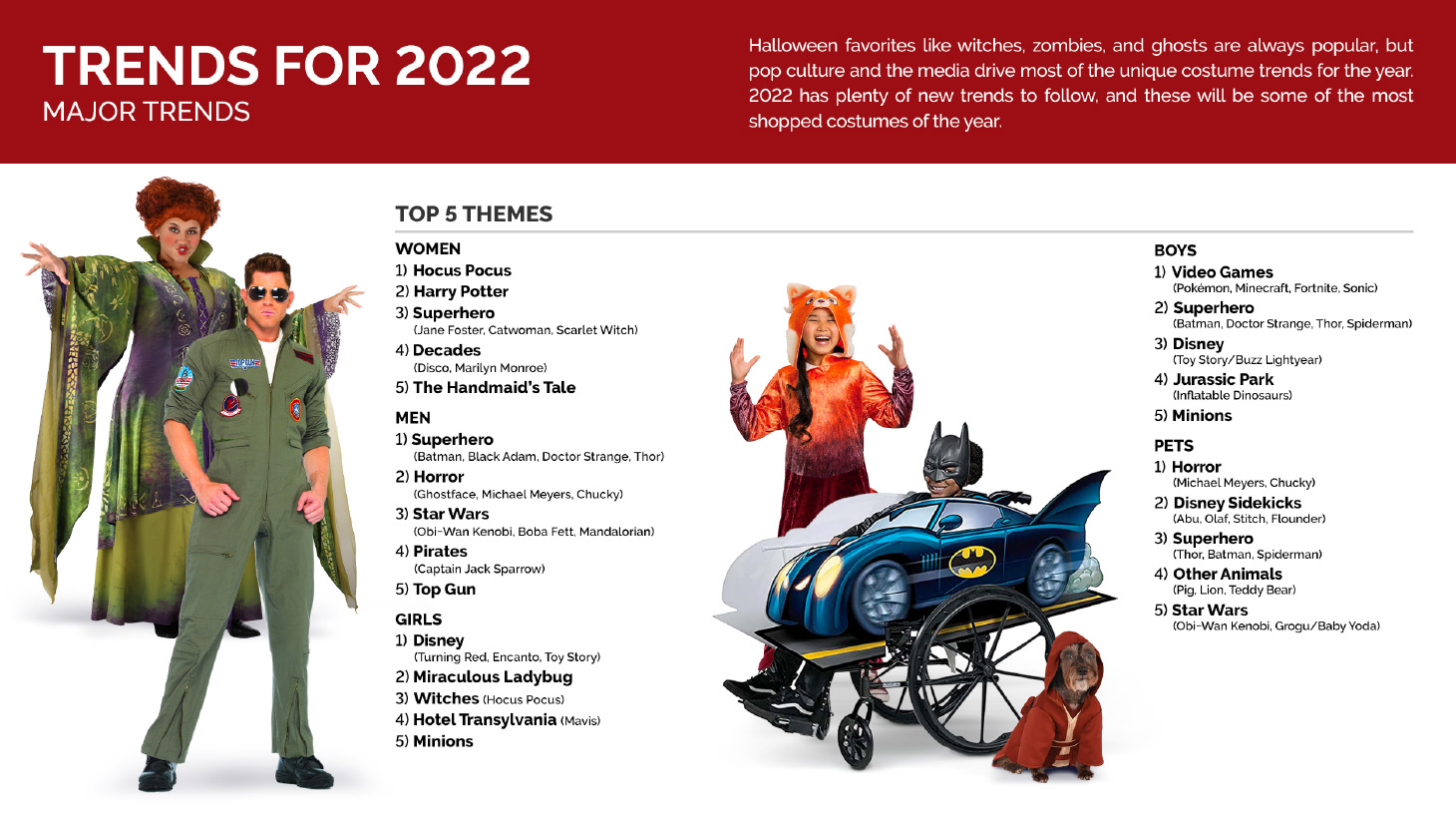 Halloween favorites like witches, zombies, and ghosts are always popular, but pop culture and the media drive most of the unique costume trends for the year. 2022 has plenty of new trends to follow, and these will be some of the most shopped costumes of the year. 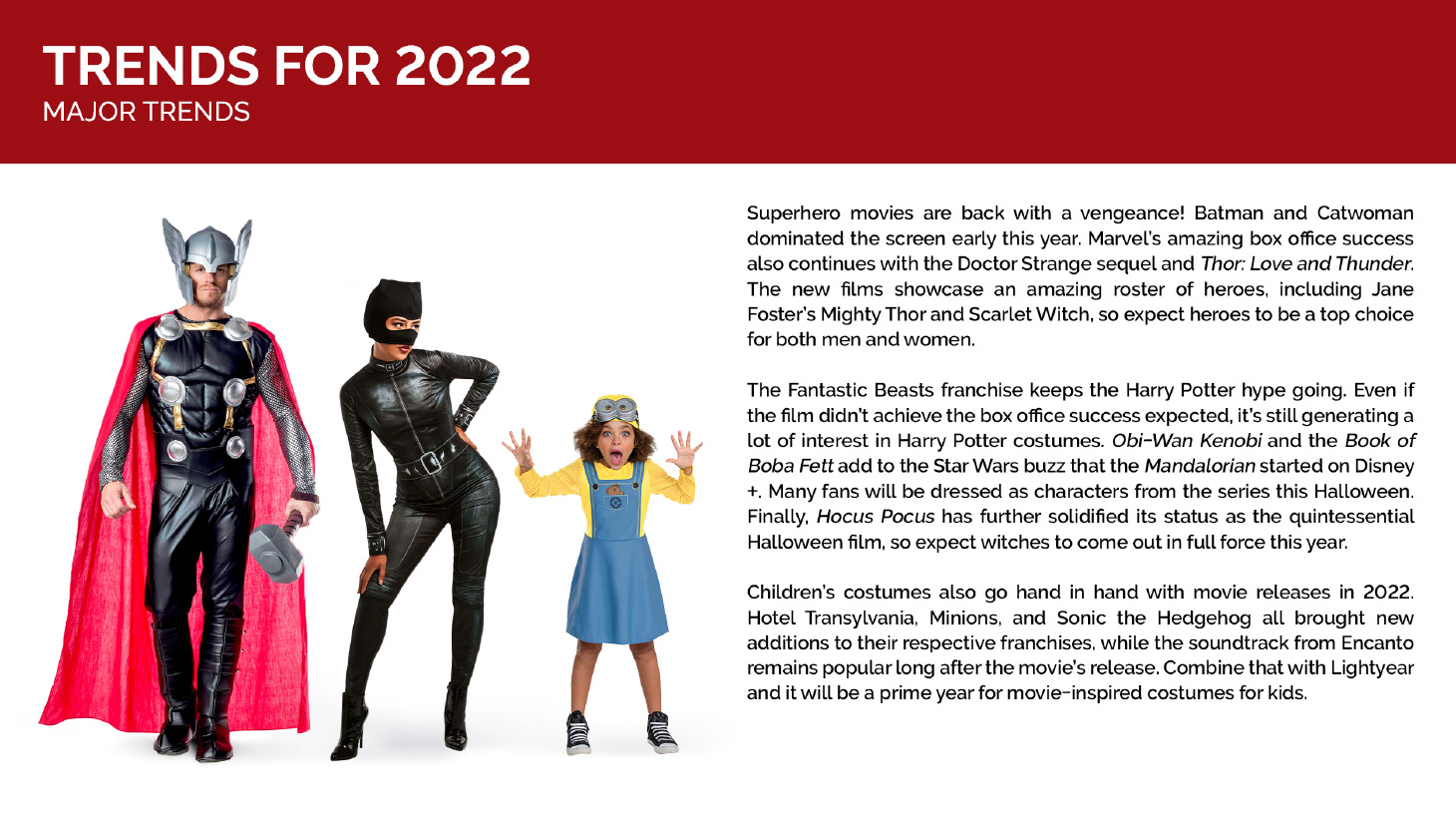 Superhero movies are back with a vengeance! Batman and Catwoman dominated the screen early this year. Marvel's amazing box office success also continues with the Doctor Strange sequel and Thor: Love and Thunder. The new films showcase an amazing roster of heroes, including Jane Foster's Mighty Thor and Scarlet Witch, so expect heroes to be a top choice for both men and women.

The Fantastic Beasts franchise keeps the Harry Potter hype going. Even if the film didn't achieve the box office success expected, it's still generating a lot of interest in Harry Potter costumes. Obi-Wan Kenobi and the Book of Boba Fett add to the Star Wars buzz that the Mandalorian started on Disney +. Many fans will be dressed as characters from the series this Halloween. Finally, Hocus Pocus has further solidified its status as the quintessential Halloween film, so expect witches to come out in full force this year.

Children's costumes also go hand in hand with movie releases in 2022 Hotel Transylvania, Minions, and Sonic the Hedgehog all brought new additions to their respective franchises, while the soundtrack from Encanto remains popular long after the movie's release. Combine that with Lightyear and it will be a prime ear for movie-inspired costumes for kids. 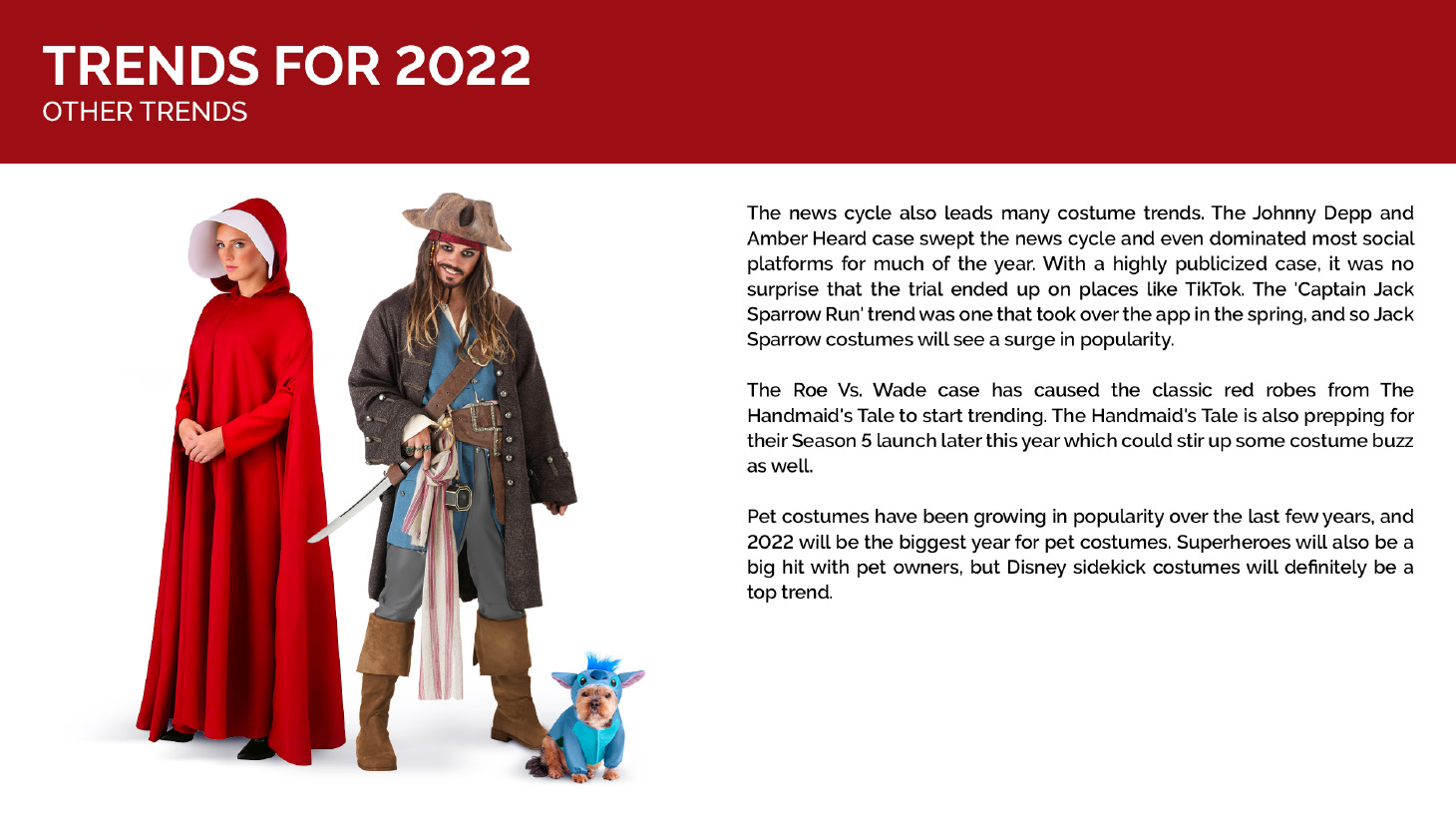 The news cycle also leads many costume trends. The Johnny Depp and Amber Heard case swept the news cycle and even dominated most social platforms for much of the year. With a highly publicized case, it was no surprise that the trial ended up on places like TikTok. The 'Captain Jack Sparrow Run' trend was one that took over the app in the spring, and so Jack Sparrow costumes will see a surge in popularity.

Pet costumes have been growing in popularity over the last few years, and 2022 will be the biggest year for pet costumes. Superheroes will also be a big hit with pet owners, but Disney sidekick costumes will definitely be a top trend. 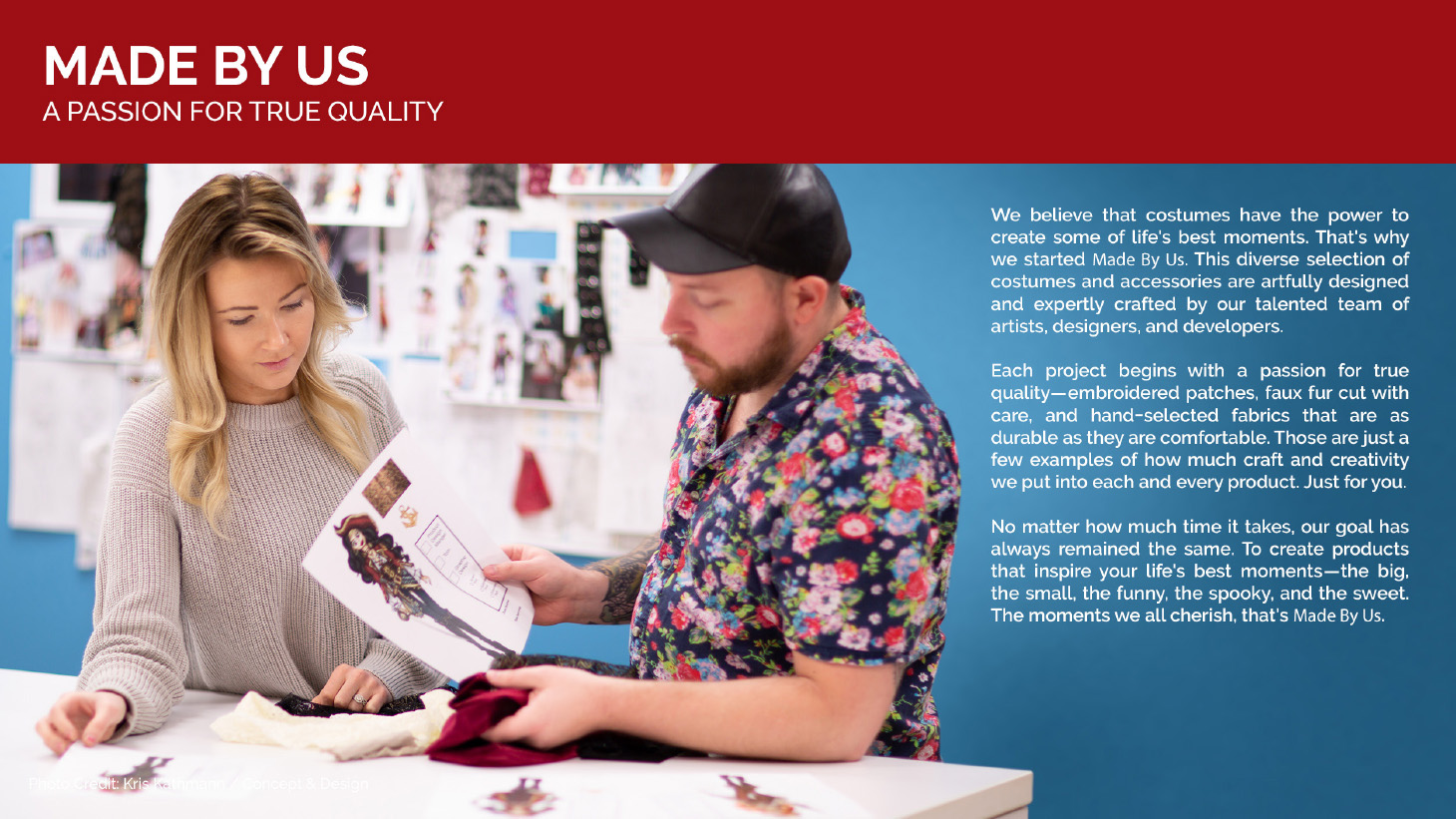 A Passion For True Quality

We believe that costumes have the power to create some of life's best moments. That's why we started Made By Us. This diverse selection of costumes and accessories are artfully designed and expertly crafted by our talented team of artists, designers, and developers.

Each project begins with a passion for true quality—embroidered patches, faux fur cut with care, and hand-selected fabrics that are as durable as they are comfortable. Those are just a few examples of how much craft and creativity we put into each and every product. Just for you.

No matter how much time it takes, our goal has always remained the same. To create products that inspire your life's best moments—the big, the small, the funny, the spooky, and the sweet. The moments we all cherish, that's Made By Us. 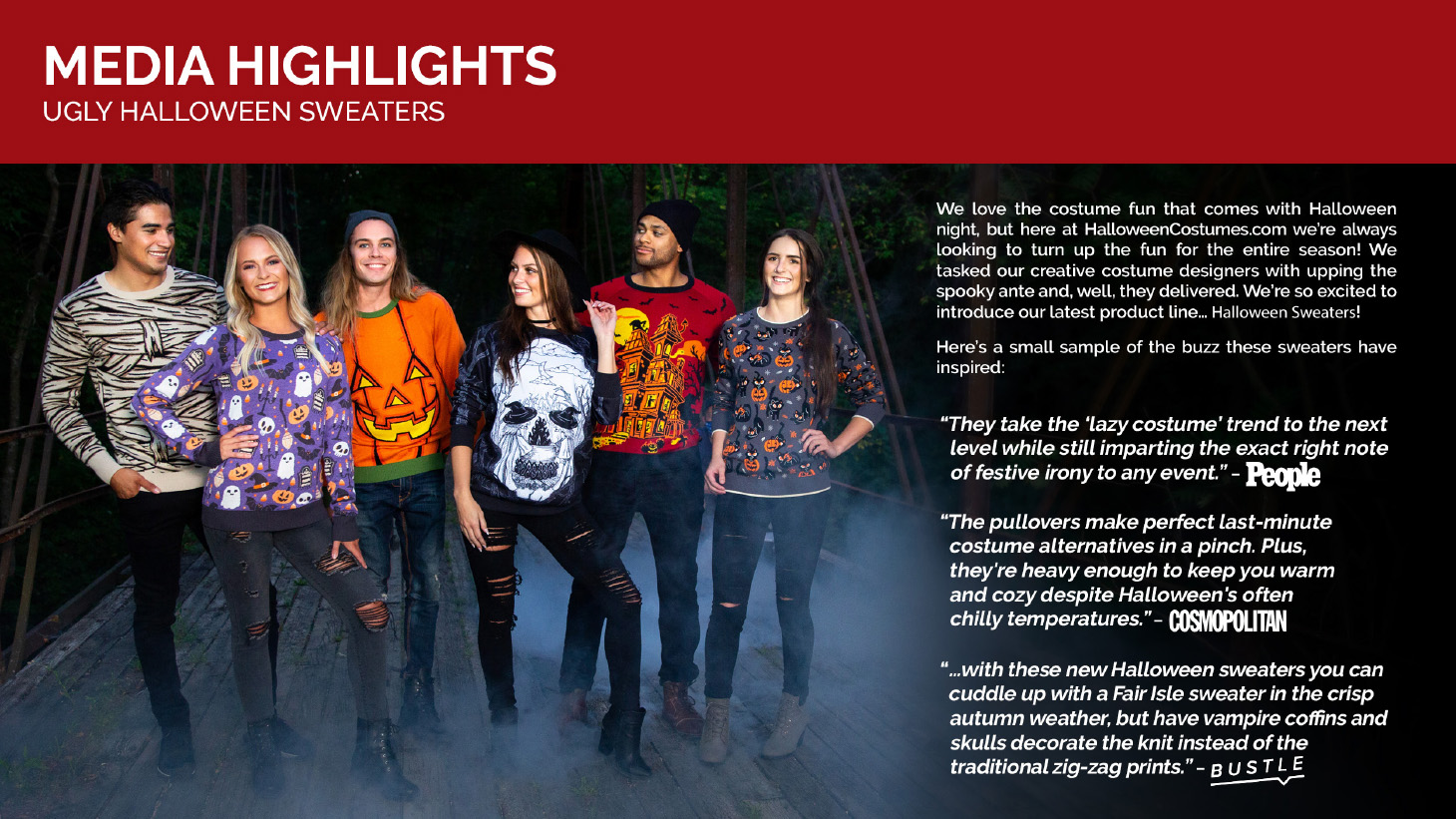 We love the costume fun that comes with Halloween night, but here at HalloweenCostumes.com we’re always looking to turn up the fun for the entire season! We tasked our creative costume designers with upping the spooky ante and, well, they delivered. We’re so excited to introduce our latest product line… Halloween Sweaters!

Here’s a small sample of the buzz these sweaters have inspired:

“They take the ‘lazy costume’ trend to the next level while still imparting the exact right note of festive irony to any event.” –People

“The pullovers make perfect last-minute costume alternatives in a pinch. Plus, they're heavy enough to keep you warm and cozy despite Halloween's often chilly temperatures.” –Cosmopolitan

“…with these new Halloween sweaters you can cuddle up with a Fair Isle sweater in the crisp autumn weather, but have vampire coffins and skulls decorate the knit instead of the traditional zig-zag prints.” –Bustle 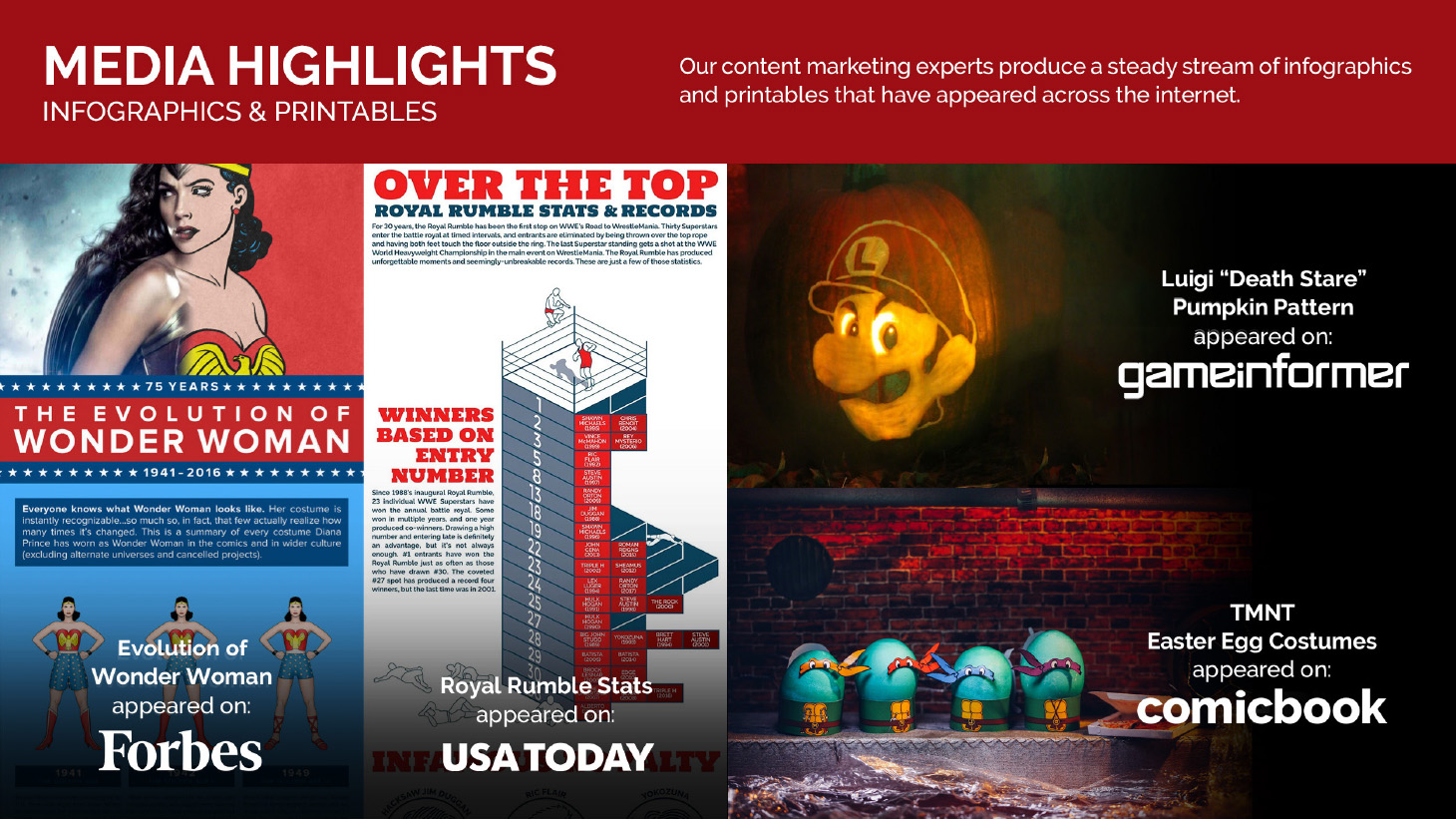 Our content marketing experts produce a steady stream of infographics and printables that have appeared across the internet. 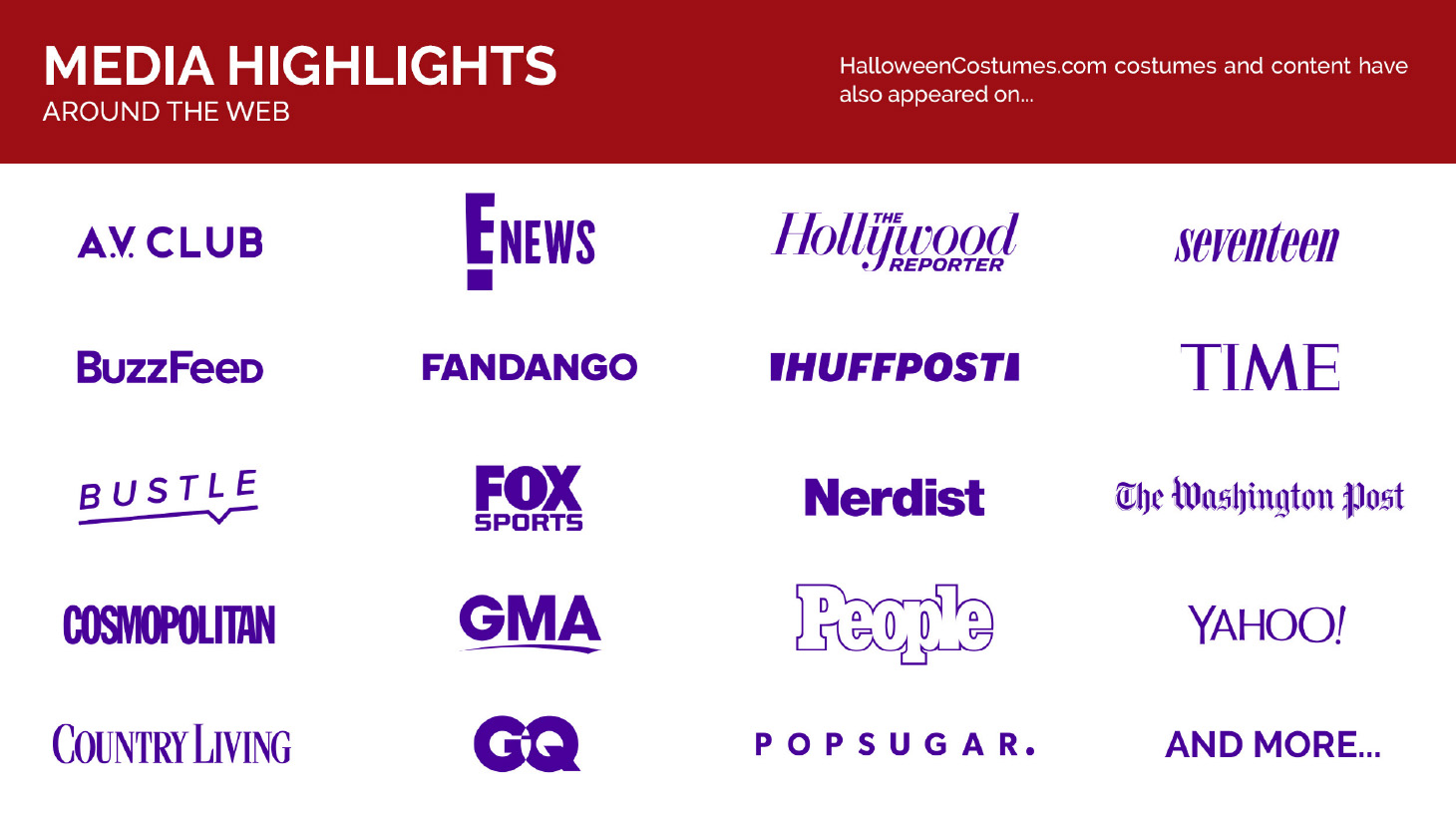 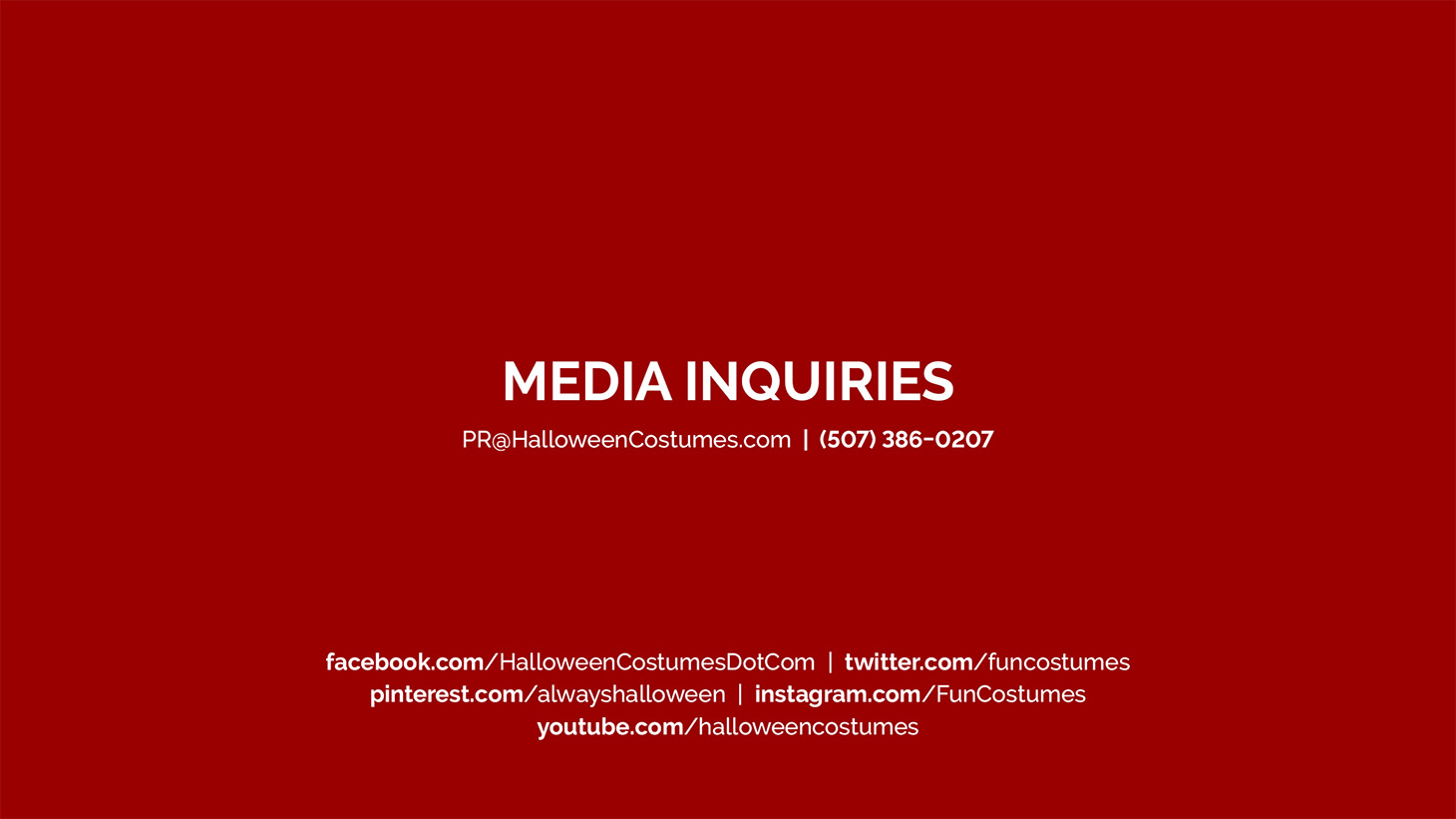