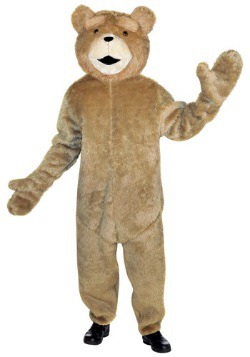 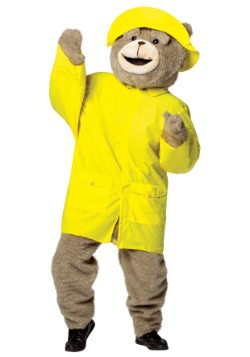 Who is Ted? He's a teddy bear come to life. He's a thunder buddy for all of us... for life! He's really the best friend we could ever meet. He's also incredibly immature, foul-mouthed, and of course he comes from the mind of Seth MacFarlane. Since you're here we're guessing you're already a fan, so let's just skip to the Ted costumes we have here! If you've always wanted to become the title character so you too can party hard like the legendary teddy bear, we have got you covered. We have products from Ted and Ted 2 so you can recreate all his crazy adventures in full. Well, on second thoguht, that's perhaps not the greatest idea, because he does some crazy stuff, but you'll look cuddly, adorable, and wicked cool no matter where ya go or what you do in one of these Ted costumes! "When you hear the sound of thunder, don't you get too scared..."