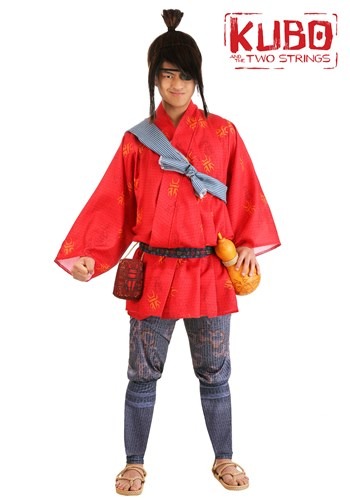 The world is filled with all sorts of mysterious magic. Some of it is amazing. The ability to command the elements around you. The force to repel darkness. It's pretty impressive for a young kid who is going to wander out into the dangers of night in an effort to destroy the Moon King and bring home his family. Of course, if you know the story of Kubo and the Two Strings, you know that Kubo was more than just good at what he did. He won!

It makes us wonder what happened to little Kubo. Sure, the kiddo lost a lot, but he certainly gained a ton of confidence. Completing that mighty instrument of his certainly means that there is going to be a lot more magic in his life. Now, it is probably too much to ask to get a Kubo sequel. What would we even call it? (Kubo 2: Quest for a Fourth String?) Honestly, we're signing up no matter what so long as there will be a ton of magical tunes waiting.

Whether you want to relive the fun of the first film or suggest what happens when Kubo grows into an adult, this officially licensed costume is just the way to make the magic happen. This is a Made by Us exclusive that will have you geared up to look just like the stop-animation character brought to life. From the kimono-like robe, elastic pants, and the fabric belt, you'll have the recognizable look of the character from the mountain cave. The accessories include the faux leather eye patch and shoulder sash, but we also have the wig and gourd if you want to complete the look!

You have no fear of the night in this Kubo costume. (Thankfully the Moon King is quietly retired!) That means all the magic of this costume is yours to enjoy!