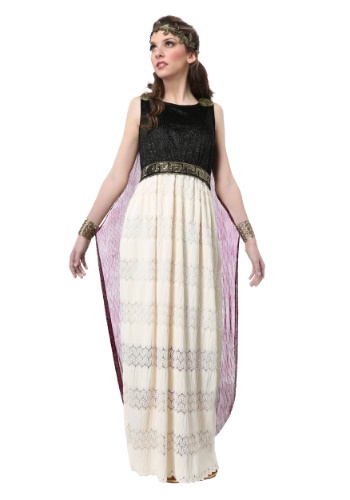 Do you ever put down your history book and just role your eyes. All those books talk about is the remarkable achievements of men. While Marcus Aurelius and Augustus have plenty of words of wisdom attributed to them they most likely had someone write their speeches for them like the politicians of today. The woman of the era might not have had their words written on parchment but we know they were the ones holding the chariot reigns.

We're sure glad women are allowed to speak in the senate these days, it wasn't allowed in Rome except once, when a lady named Hortensia made a speech to lower taxes for Rome's richest women. Imagine if we taxed women and men differently these days! While men were taking baths, having toga parties, and watching people wrestle, the ladies were raising the future emperors, holding the purse strings, and whispering into the ears of politicians to make their vision of the country they wanted to live in a reality. For people that weren't allowed to speak publicly, vote, or even own their last names these ladies ruled pretty hard.

Do you want to make your way up the social ladder of Roman society? No? We get it, it's a real pain and pretty fatal actually, definitely not worth it in today's society. Well, whether you're dressing up for Halloween or showing Bacchus's buddies who's boss at that toga party, this ensemble will give you that regal look you're going for. The floor length off-white skirt and black sparkly top would make any Roman noble proud. With the show-stopping purple cape attached to golden wrist cuffs you'll have the authority to put that golden-sandaled foot down, no more will the ladies of the toga party be taxed for those oily men wrestling in the back yard! Who invited those guys anyway?