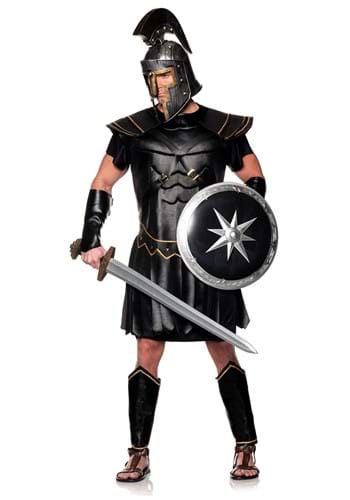 Walking into the restaurant, the small crowd of people gasp and point in your direction. The common folk tend to do that when they see the crown of laurels on your head and the large group of lictors waiting outside. The chariot waiting for you is covered in gold and jewels, and the procession stretches on behind you for miles.

You triumph has brought untold riches to the city, not to mention the captive leaders of the rebellious provinces that you have brought for public castigation. The parade in your honor now awaits your return, but this pit stop was too important! You lift your chin proudly and say, “As Imperator of Rome, I demand a large pepperoni with two ranch dips!” Their awe-filled eyes look adoringly up at you as thy lift the fresh, hot pizza over the counter. Slipping them V denarii, you make your way back to your chariot, you hear the whisper in your ear, “If you give me a slice, I’ll say you’re immortal instead.”

We can’t all have Triumphs to celebrate our many victories, nor can we all enjoy a hot and fresh pizza whenever we want. We should really get Caesar to work on that! IN the meantime, we can enjoy looking like a Roman with in this Roman Warrior Costume. The greaves scream Roman, and you will certainly feel like part of the most powerful armed force of the ancient world when you wear them.

All Roams Lead to Roads

Whether you are getting ready to march into Thrace to put down a revolt again, or just gearing up to make sure the Princeps or Imperator is well-protected, this is the costume for you. Crushing rebellions and stealing hearts has never been easier than when you go out in this!