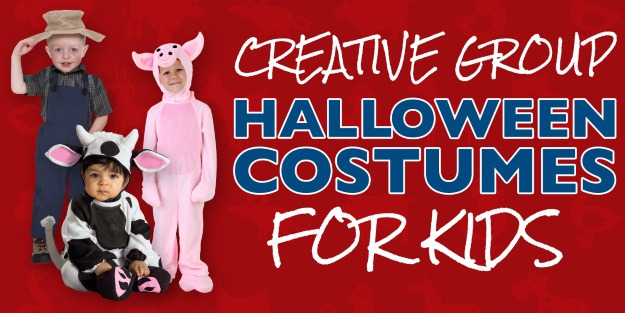 So your kids want to be a team for Halloween, and you're in need of a creative group costume combination to create some lasting memories. Truth is, you and your kids probably have similar Halloween goals: they have their hearts set on being an epic group, and yours is set on creating treasured memories. Luckily, we're here to help with both! From classic to cutting-edge, we have creative costume combinations that will have any group of children, and their parents, beaming with pride. Here are some winning combos that will help your kids have the best Halloween to date, while you get to sit back, relax, and enjoy the genius of your handiwork. A win-win, don't you think?

Create the perfect lineup of Gotham citizens by going with a Batman theme for your kids. They can get creative with the kids' group costumes and be Batman's allies, like Batgirl and Robin, or his foes likes Joker and Harley Quinn.

Bring the Avengers to your neighborhood with any of our Marvel costumes. Avengers: Endgame dominated the box office, and your children will love dominating their dress-up competition to follow suit. Let them pick out their favorite characters and build their own custom Avengers squad.

Going as candy will be oh-so-sweet, even if your kids don't have a sweet tooth! They're sure to attract a lot of attention in these creative kids' costumes. With your favorite brand classics like Tootsie Rolls and Reese's Peanut Butter Cups, they can be exactly the candy that they want to fill their treat bags with!

Here's a fun take on a classic X vs. Y battle! Kids love playing cowboys and kids love playing ninjas, so why not play cowboys and ninjas? The only question will be: which side will have the higher population! Or will the odds be stacked against you? Find out when you dress your kids in this awesome combo.

With little ones around, there's a good chance your household has already come down with a case of dinosaur mania. Make your own assortment of prehistoric megafauna by assembling your children into an array of Jurassic beasts. With plush features and vibrant colors, they're a great choice.

Who ya gonna call? Your kids as the Ghostbusters! Having them suit up as the venerable ghost fighting gang will be a fun retro costume for any group of children. With costumes for girls you can create a whole new Ghostbusters team, but just don't forget to add a Slimer for some real fun!

If you've got girls, there's no doubt a Disney Princess ensemble will be at the top of their costume list. Your little ones can pick their favorite characters, but there's no reason not to include the entire Disney universe. Bring along Elsa and Anna or Mickey and Minnie and you'll have your own Magic Kingdom in no time. 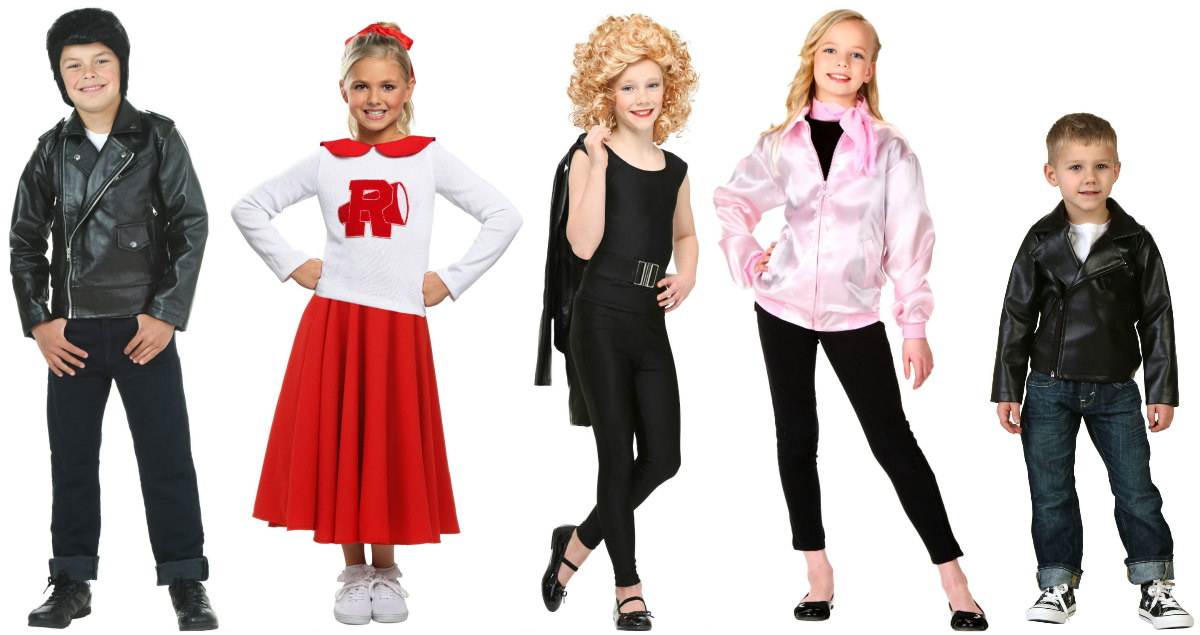 Go completely retro with any of our Grease costumes. Your kids will love putting a creative spin on the pop culture classic. With a couple of tiny T-Bird or pretty Pink Ladies, any neighborhood will be more charming! Even if they haven't quite gotten the lyrics down, they'll be ready for a great time as “greased lightning”.

A fun and creative costume combination would be the students of Hogwarts if you think your kids will be up for a little wizardry, that is! Harry Potter needs his friends for this adventure, so suit up your squad and start working on those spells. If they're having trouble choosing which House to belong to, grab a Sorting Hat and "let it decide!"

While there are plenty of characters in Gotham to team up with Batman, there's no reason not to include the rest of the DC universe, too! Timeless favorites like Superman, Wonder Woman, and the Flash will have your children being the neighborhood's #1 crime fighters! 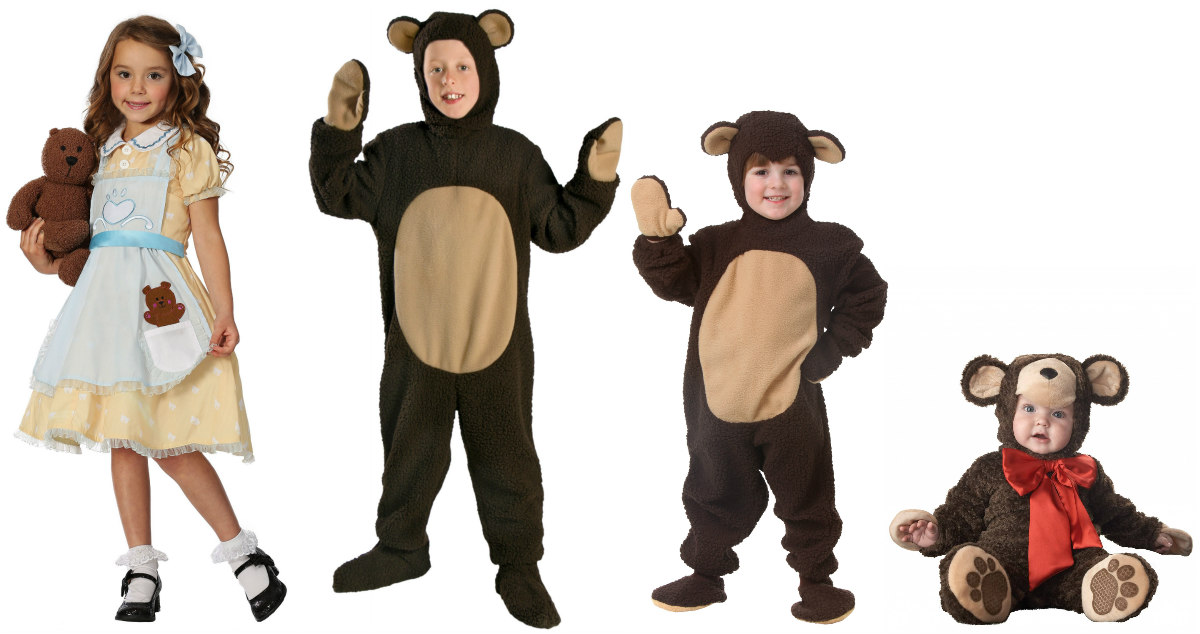 Dressing as the characters from a treasured childhood story might be just what the doctor ordered for your family. And it's not like you see Goldilocks and the three bears strolling down the street every day! Suit up your kids to have a fun and creative look. (Just don't forget the porridge!)

Little Red Riding Hood and the Big Bad Wolf is a classic costume for two, but you can add the 3 little pigs to the mix for a creative kid's group. Just like the classic animated short, your little ones will have a blast navigating the woods, except that this time they'll be in search of candy treats! Maybe they'll even bump into Hansel and Gretel. 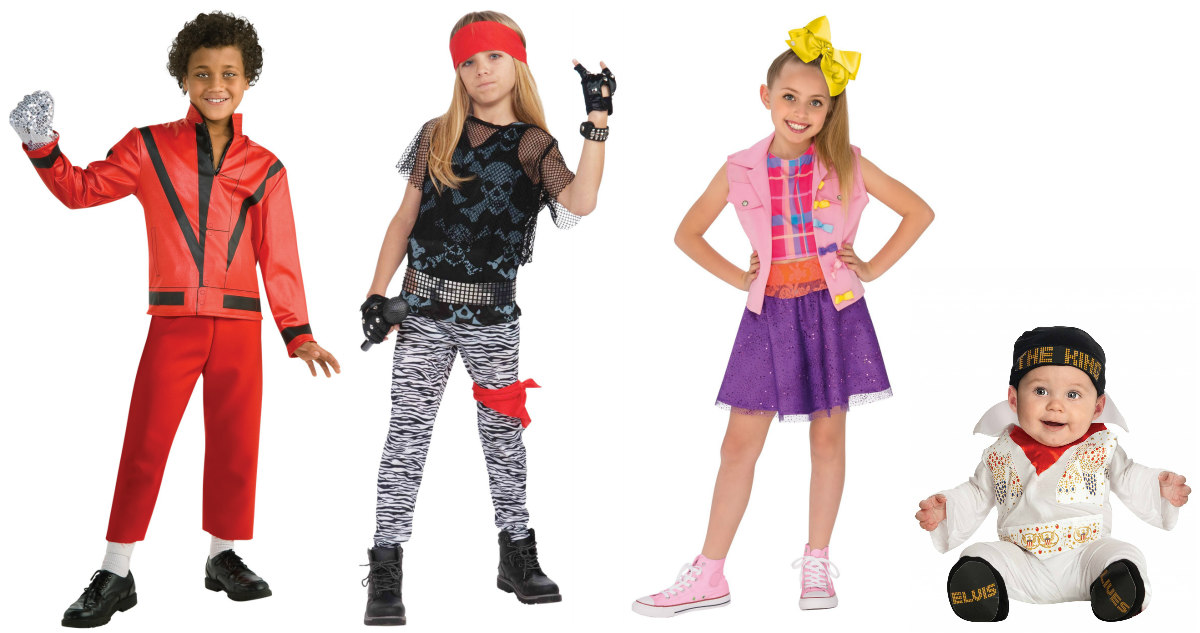 Admit it, you have been secretly trying to teach your child how to dance to "Thriller" or "Hound Dog" for years now. If you have children with musical ambitions, a creative take would be to have them assemble the world's greatest super band! Big hair and big smiles are sure to rule the night! Grab some headsets, glittery microphones, and inflatable guitars for added fun.

Mario always needs some friends to take care of business, and our Nintendo costumes will provide a unique group to back him up! Add any of the famous Mario Bros. characters, or classics like Pikachu or Link and Zelda, to make a creative team capable of smashing some serious Koopa butt! 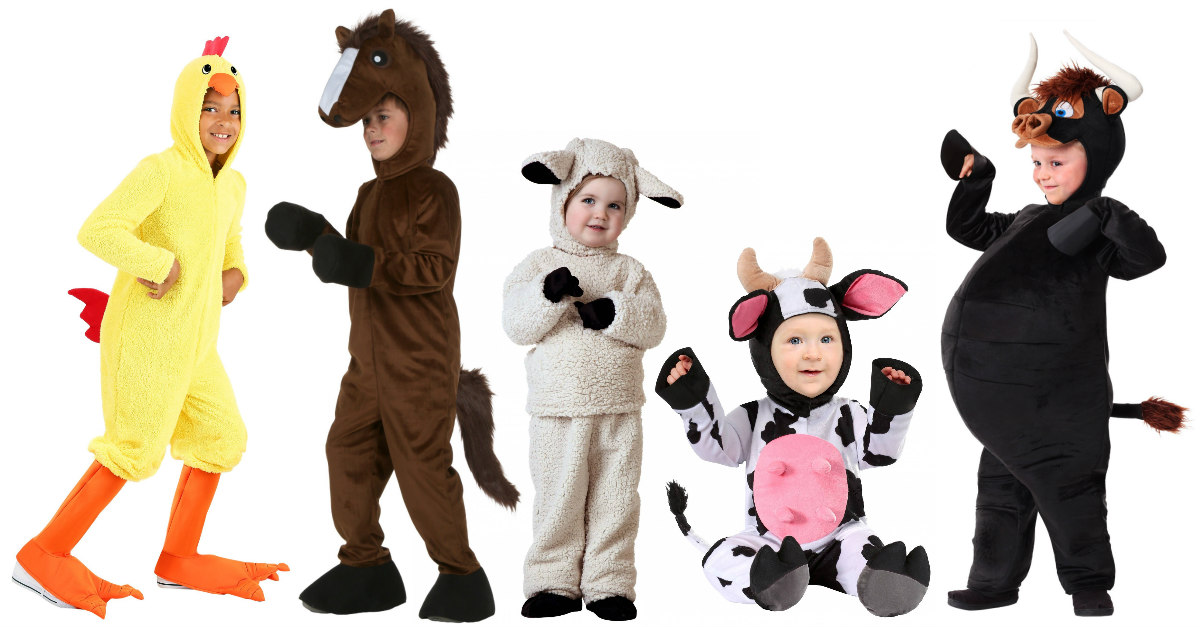 What would be better for your kids than a barnyard roundup? If you'd rather be hearing hee-haws, mooing, and quacks, than the constant complaining you're used to, suit them up as your favorite farm characters. Pairing some classic barnyard animals with the farmer and his wife would make for a very fun night out!

Yarrr! The pirates of the seven seas will have taken your neighborhood by storm when you suit your children up in a pirate-themed costume combination. With costumes for girls and boys, they can make their own pirate crew to plunder all of the sugary loot!

With the multitude of characters that have graced the screen in the Star Wars series, there's sure to be a perfect costume match for each child, to take the group to a galaxy far, far away! Pick out their favorites from the originals, prequels, or The Force Awakens, and create a truly unique combination from the Star Wars universe.

Boys have always loved having a TMNT group, but this gang of pizza-loving teenagers isn't just for boys anymore. With Teenage Mutant Ninja Turtle costumes for girls, they can suit up as Raphela, Michangela, Leonarda, and Donatella! (Or Venus if you're fine doing a little costume customization.) Mix and match your boys and girls and come up with the best turtle squad ever!

Take your kids for a trip down the yellow brick road with one of the most classic costume combinations. Dorothy's going to need some help getting back to Kansas, so give her a hand with your favorite characters, or try to slow her down with a Wicked Witch. Oz will never be the same with your kids living out the adventure.

If you've ever imagined just leaving your kids behind at the zoo (Kidding!) you can live out that fantasy with some awesome animal costumes! From your favorite apex predators to the cutest critters of the petting zoo, your child will love being part of this creative animal group. Of course, if your little one is already an alpha, maybe he/she would prefer to dress as the Zoo Keeper!

So there you have it! Picking out your costume combinations is half the fun, with the other half being the priceless Halloween memories that are sure to follow. Whether employing a costume combination from one of their favorite franchises or mixing and matching characters to create a brand new story, all you'll have to worry about is the trick or treating route. Drop us a line here, and be sure to let us know what theme you are planning for Halloween this year. If you are in a creative mood and want to piece together a group of your own invention, check out our large selection of Halloween costumes for kids. Either way, you'll be giving your kids a night they will never forget!