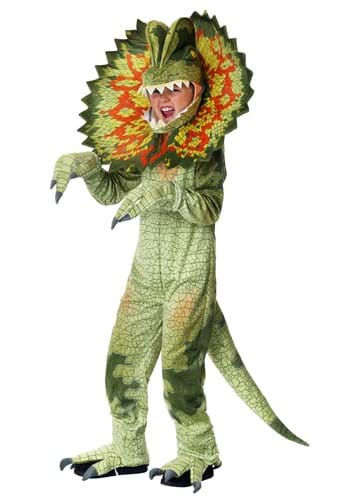 Our design team went to the latest dinosaur conference in Tallahassee. It was... not what we were expecting.

When we signed up for Dinocon we imagined folks in polos and khakis giving talks on the latest excavation. We expected museum representatives, paleontologists, and science teachers. We didn't expect everyone to be dressed as their favorite dinosaur! There were booths for the diplodocus, the stegosaurus, and every paleolithic era. We wanted to get some T-Rex swag but the line for that booth was too long. The conference was much more fun than we thought it would be. We tried Jell-O in dinosaur egg forms, lava cakes, and asteroid cookies (we thought that was a little insensitive).

The only hitch? Even though plenty of people listed the dino as their favorite animal we didn't find a Dilophosaurus in the crowd, not one! Most people said that they couldn't get its tell-tale hood right and the double crest on its head was tricky to create with crepe paper as well. As we headed back home we promised those folks that we'd make a Dilophosaurus costume that would make them proud. If there's one thing this lizard deserves, it's a place at the Tallahassee Dinocon!

We made it easy for your child to transform with this Made-By-Us dinosaur skin-textured jumpsuit. It zips up the front and has all the essential details a dinosaur will want. There's a long tail that'll stay stiff once stuffed with paper or... well you know how to stuff a tail. The scary claws strap on to your shoes and fold over your hands. There's a gorgeous hood with a stiff orange and yellow neck frill and a soft-sculpted face with the two crests that gave this dinosaur its name.

Whether you're heading to Dinocon or you're simply looking for a show-stopping trick-or-treat look, you'll love this unique jumpsuit. Kids will love perfecting their roar and tearing through their candy bags like the animals they are. After all, it's a new era for today's dinos!