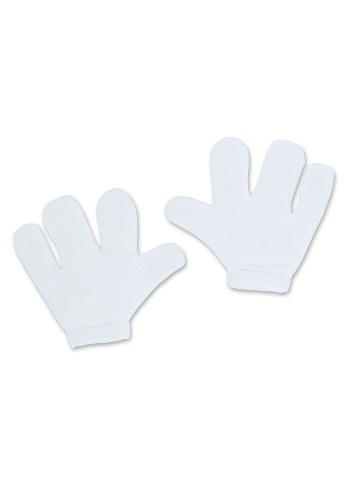 When you are getting ready to cross the boundary from Toon Land and into the Meat Space, you know there are a number of things you need to take care of in order to blend in and acclimate. People have a much duller complexion. We’re far less lively. Literally, we’re less animated. We’re also generally pretty proportional with hands and feet and faces all matching pretty conventionally into a magical sort of ratio that helps other humans recognize their fellow men, women, and children as belonging to the same species. Cartoon folks are much more varied and have some exaggerated proportions that make them cuter, funnier, friendlier, or occasionally pretty horrific, if we’re being honest.

Of course, the opposite is true, too. For those humans who want to delve into Toon Land, you need to take even a few extra precautions. We assume that, by now, you have your colorful makeup and ear headbands, gaudy … we mean lovely clothing. But, have you thought about your hands and, specifically, your fingers!? They need to be large! Bright! And, most importantly, four-fingered. We’ve got you covered, quite literally, with these Giant Cartoon Hand Gloves. Slip them on and you’ll slip right alongside your cartoon buddies and no one will be the wiser!