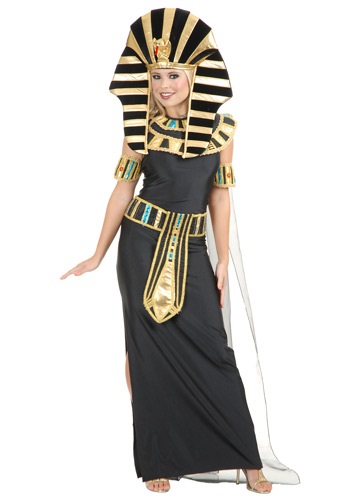 In ancient times, it is said that the most beloved of all creatures was the enigmatic feline. It walked with confidence and grace and seemed to carry with it the very pinnacle of divine power. That is, people thought that until they saw the Great Royal Wife of the Pharaoh Akhenaten. At that point, the mood quickly shifted. Nerfertiti possessed true grace and, with it, earned herself ultimate authority and virtual divine right to rule over all the sands of Egypt! With her husband, the two redefined the entire religious spectrum of their people, commanding that only the mighty sun god Aten was worth their worship. If that isn’t divine authority enough, she even had the taste of complete command of the sands when she ruled as Neferneferuaten, the female Pharaoh!

But, one life is not enough for a woman of such power. Through reincarnation… or at least adaptation, Nefertiti has been seen in countless forms of media, her story told over and over as Egyptian princess, priestess, and even deity. With such certain dominion, it is only a matter of time before the Queen returns and takes her rightful control of all that lay before her.

That time is now, for you, with this Nefertiti Egyptian costume. This black dress with glorious chiffon drape features a neckline edged in metallic gold and an entrancing knee high slit in the left seam. Numerous accents from the luxurious belt and armbands show your noble elegance, though the headdress shows your sheer majesty. Soft black velvet with soft-sculpted gold molding form a cobra with emerald eyes that stare almost intently as your subjects will upon your divine grace. Rule today and forever, Queen Nefertiti!