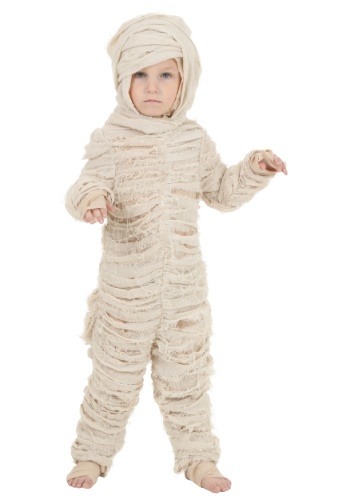 Let's compare and contrast the ancient Egyptian mummy with the elusive, always-growing toddler. At first glance, the topics being compared might strike you as peculiar. Currently, you may be thinking, my adorable toddler is nothing like a ragged mummy who's been buried for centuries, and you'd be correct. Your child is cute, heartwarming, and overall a joy to be around. Mummies, on the other hand, are quite scary. There's nothing heartwarming about a gauze-wrapped corpse who's stumbling straight for you.

Although there are differences between them, your toddler and a mummy do share some comparisons. First of all, they both mumble. The tendency for the phrase, gimme juice, to get confused with an unintelligible groan from a creepy mummy isn't uncommon. Also, both parties don't have great balance, coordination, or motor skills which explains their shaky motions.

Are you now convinced that your toddler is more like an ancient mummy than you thought? Well, we did an excellent job of outlining our argument and now we're going to do an even better job of providing the perfect costume. This toddler Mummy costume is created by our designers so rest assured you'll receive a quality costume that's durable enough to wear for future Halloweens to come. The gauzy strips are sewn directly to the zip-up jumpsuit so they won't fall off while you two are trick-or-treating around the neighborhood. He'll still want to hold his mommy's hand while collecting candy as a mummy!

Reviews
5
(3 Reviews)
5
100%
4
0%
3
0%
2
0%
1
0%
Write A Review
Sort By
Filter By
Amazing Costume
By Current Customer | October 3, 2019
Ordered a 4T and fits perfectly. It may actually run a half-size bigger, which was perfect for us. The material is great, not too thin or too thick. Will work with or without additional clothing underneath.
Was this review helpful to you?
Yes (0) No (0)
Perfect
By Current Customer | November 16, 2018
Fit my 4 year old perfectly based on what I guessed for his size. He and his brother were matching mummies. Great fun.
Was this review helpful to you?
Yes (0) No (0)