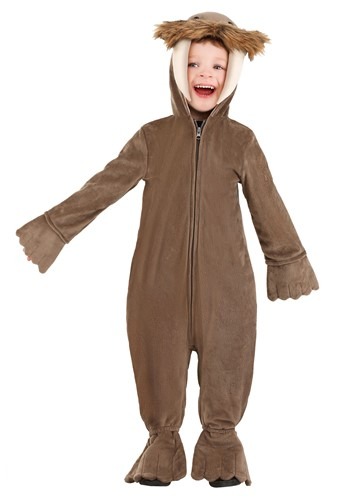 Does you kid really love going to the zoo? Most kids do, since there are so many great animals to see! But maybe your kid loves the zoo more than an average infant. Maybe he's always trying to break into the zoo enclosures so that he can join in the fun. You've hardly plucked him out of the hippo pen when he's making a break for the monkey house. You're a pretty understanding parent, and you want to encourage your little guy to pursue his passions, but even you draw the line when he tries to go swimming with the alligators. There are some things that he's just not old enough for yet!

At least you can rest easy when he tries to scramble into the walrus enclosure. Walruses are such big giant sweethearts, you know they'd never do anything to your little one. Sure, they've got three-foot-long tusks that are basically giant stabbing teeth, but those are really just for show. They're big ol' teddy bears! Surely they wouldn't mind if your little one climbed on top of them for a walrus-ride! Especially if he looks like one of the family with this Infant Walrus Costume.

Bring some subzero fun to your next party with this Infant Walrus Costume. The soft faux fur walrus jumpsuit is 100 percent polyester and includes a zipper down the center front for easy wear. There's an attached hood covered in faux fur and sporting fiberfilled tusks, and there are also hand and foot coverings attached to the jumpsuit to allow the wearer to use their hands and wear their own shoes.

Your kid will definitely be the star of the show with this Infant Walrus Costume, whether he's at a costume party or chilling with the rest of the walruses in the zoo!