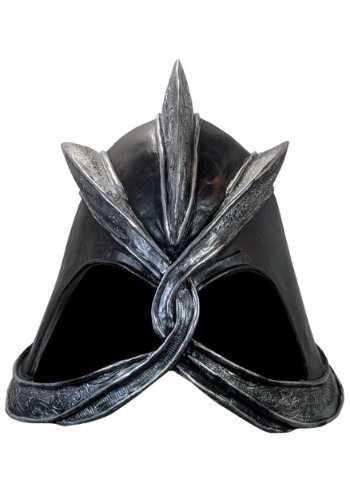 WHAT SHAME DOES HE HIDE?

The background of Gregor Clegane from Game of Thrones suggests that the guy isn't the type to really worry that much about what other people think about him and his previous actions.  When you boast about smashing in skulls, well, what can anyone really expect?

But, after his little run-in with a bunch of manticore poison, the guy certainly changed.  Quiet, submissive.  Hardly the hostile barbarian that took a screaming king to back down for even a minute.  Think he's ashamed of his previous actions?  Maybe that's why he's hiding his face!

We're guessing shame isn't what motivates the mountain, so there is no reason to be ashamed to show your love for the crazy character with this officially licensed Game of Thrones Gregor Clegane Mountain Helmet.  Made as a replica of the helmet the Mountain wore after his reanimation, the dark metal-like look and braided nose guard will give you the same iconic look as the ferocious character.

AN EIGHT FOOT MOUNTAIN OF MYSTERY

The Mountain's changes likely have more to do with the alchemy that brought him back than anything, but you can find out for sure when you walk around a while in his head... or at least in his exotic helm.  Try out this Gregor Clegane Mountain Helmet and see what it is like to look down on everyone from nearly eight feet tall!