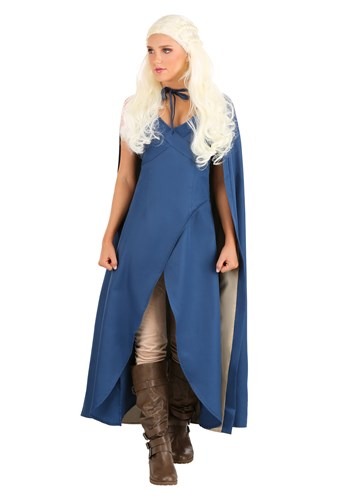 The throne is yours. You DESERVE it. It's your birthright. So, are you going to let a little thing like the fact that you don't yet have an army assembled stop you? No! What about the fact that the throne happens to lie on the other side of the world, across a sprawling ocean? Of course not! How about an army of supernatural fiends? Are you going to let them stop you from claiming the throne as your own? Not a chance! That's right. You're going to march right up to the castle and claim your right to the throne... and there's nothing that will stop you. But, what are you going to wear when you get there?

You need a look that exudes power, while still giving you the freedom of movement that will allow you to charge into battle. You need something that's fierce, fiery, and fashionable! You need this Fiery Queen Costume for women!

If you're finally ready to sit atop the throne, then it's time you dressed like a queen! This Fiery Queen Costume is a Made by Us design that will have you ready to command an army. The costume starts with a simple, dark blue dress with a cutout back. The costume also comes with a dark blue hooded cape that fits around your shoulders and ties around your neck. The lining of the cape is a light tan color to contrast with the regal blue of the entire outfit. When you put it together, it's a comfortable yet royal look that will have the masses bending their knees without hesitation!

Of course, we do recommend finding an army to command and maybe even a few dragons if you plan on going on the warpath. A good outfit might give you a huge boost in confidence, but you'll still need some military might if you want to win!