Costume Ideas to Include Your Third Wheel 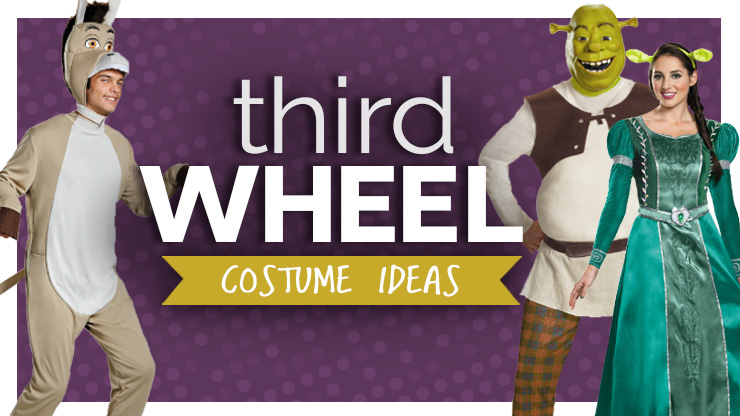 Nobody really wants to be the third wheel. As the third wheel, you're usually just trying to make the best of an awkward situation. However, this Halloween, the time has come for you to embrace your uncomfortable position and take advantage of the clever, untapped costume potential that exists with the third wheel dynamic. When picking a costume that so largely relies on the unique relationship between the three of you, it can be helpful to pick costumes that most closely mirrors your own relationship. So, in an effort to help you choose your most relatable costume trio, we have compiled our favorite examples of the most common third wheel dynamics.

Donkey from Shrek is the epitome of what we look for in a clingy third wheel. His high spirits and devotion to the group make him an inseparable member of this trio, even though he is kind of unnecessary and completely unwanted by his lover-friends at times. The third wheels undying and unwanted devotion are the real defining factors of this dynamic.

Mario, Peach, and Luigi have a very different relationship, characterized by how close Mario and Luigi are. Romantically, Luigi is the odd one out here, but platonically, Mario might be just as close, if not closer, with Luigi than Peach. This makes for an interesting scenario, one where both the Luigi and Peach of the group might feel like the third wheel at times.

Anna, Kristoff, and Elsa from Frozen have a very similar relationship to our Mario trio, though this crew has two princesses and one prince! This trio also leaves room for perhaps a second third wheel, Olaf. Unfortunately, two third wheels does NOT make a whole, but at least you would have someone who understands your struggle. 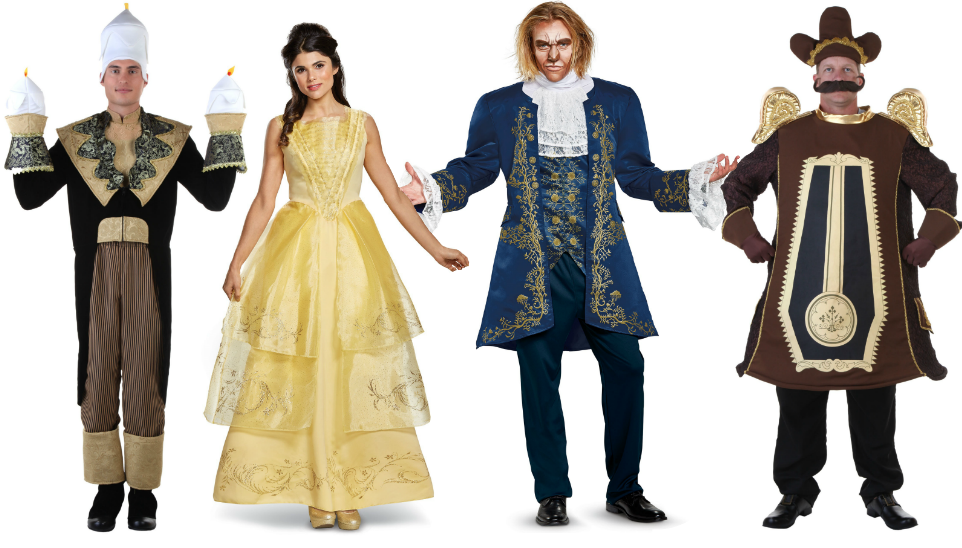 Our next trio is one of our favorites. Beauty and the Beast are really characterized by one thing: their reliance on the Candlestick! The Candlestick plays mentor to both sides, and this couple might barely survive without him. He has become a centerpiece of this couple (see what we did there?) and both sides are eager to have him around. If you don’t want to walk around as a candlestick, the Clock plays a similar role!

Snow White and the Prince bring a whole new meaning to the term blind date, considering Snow White's eyes were closed for their first smooch! This dynamic shows us a new couple where a friend (the Dwarves) comes along for moral support. The Dwarves care a lot about Snow White and they would be there for her through anything! What if they found out the Prince still lived at home? He probably hasn't even moved out of his parent's castle! Well, if Snow White wants to bail, you know the Dwarves are there to come up with an excuse to get her out.

In order to choose your character accurately, you have to look at this in the most unbiased way possible. After all, no one would want to admit that they are a Donkey, and no couple would ever want to admit that they are dependent on a metaphorical Candlestick. But, if you're willing to look at this with an open mind, I am certain you'll find the perfect "plus one" to some great couples costumes. So, what do you think? Which character do you think that you relate to? Tell us in the comments about your third wheel situation before picking out your costume, and have a happy Halloween!