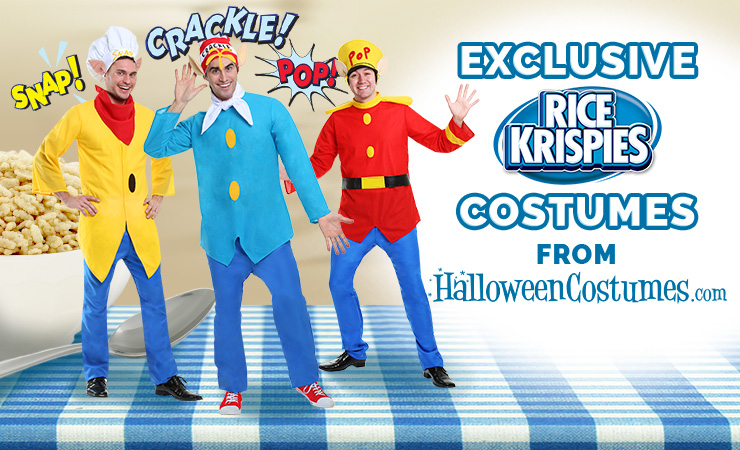 Ohhhh SNAP! These are some seriously cool costumes that are really going to make you POP in the sea of Halloween costumes out and about this year. We have no puns involving CRACKLE, so you'll have to come up with that one on your own. That shouldn't be a problem though, because if you want a Snap Crackle Pop costume, you are clearly very, very smart.  So, find two friends, tell them your genius plan and claim your costume!

When you go out dressed as the blue elf Crackle, you already know that everyone at the party is going to be talking about your awesome cereal costume, and with these giant elf ears, you're going to catch every word. These exclusive costumes are so unique that even Tony the Tiger's going to be telling you "They're gr-r-reat!" 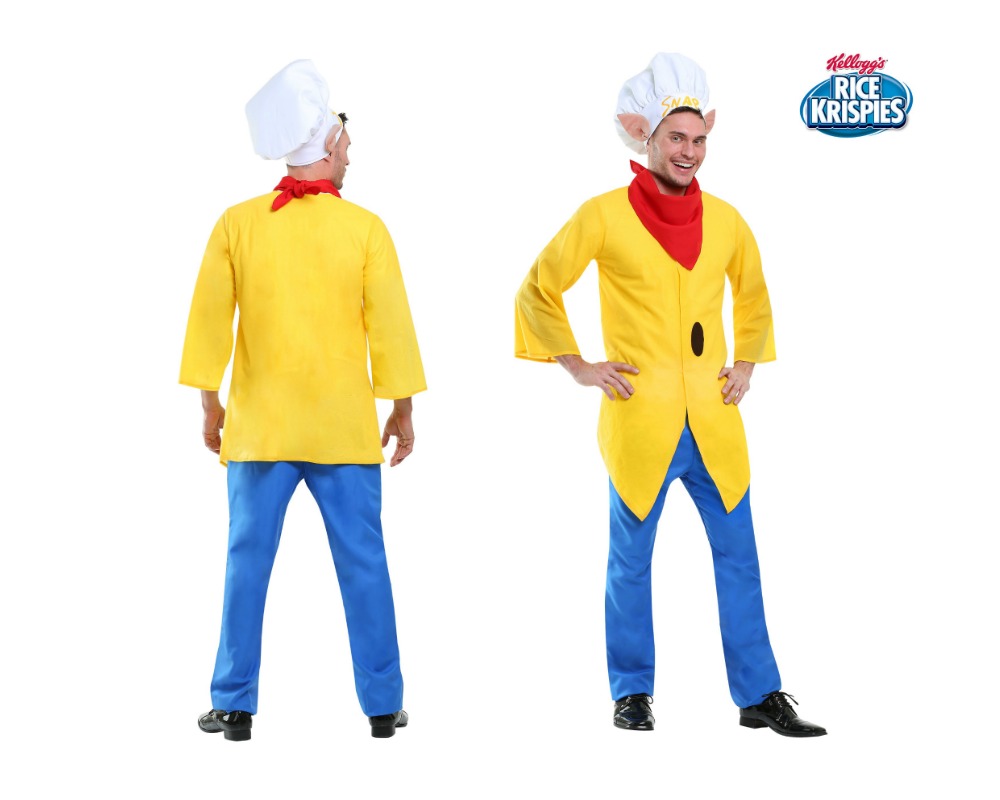 As you can see by the giant hat, whoever has the yellow outfit will be the head chef, and therefore, the leader of the gang. While you get to call all the shots, you won't be able to get through most door frames without ducking. So, you have to ask yourself: do you have what it takes?

Here's the whole Rice Krispies crew together. You can choose your favorite, or get all three for yourself and two friends. You could even get some friends in milk and other food costumes and throw some kind of nutritious party.

What did you think? Let us know in the comments below! And remember, regardless of which member of the gang you end up going as on Halloween night, you're pretty much guaranteed a great time, and all the Rice Krispie treats you can eat. So look at this from an investment standpoint; if you're willing to eat $30 worth of free Rice Krispies, you're pretty much just getting the cereal costume for free. Don't check the math. Just go ahead and grab your "free" costume!