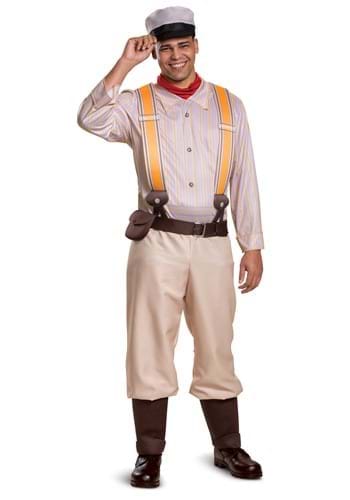 Before Frank Wolff settled into his job as a tour guide and steamboat operator in the Amazon Jungle, he was actually an ice cream boat driver. A lot of people didn’t catch that in the movie, but Frank used to trawl all around the river to catch the freshest ice creams. He would catch nice big chocolate ice creams, vanilla, and yes, even Neapolitan!

After he had a few in his coolers, he would turn on that friendly ice cream boat jingle and drive through all the native neighborhoods. The kids just loved it! They would come running from down the block with their allowances in hand, and Frank would always be there with the rocky road or caramel that they wanted. Unfortunately, his business was getting too big and he was attracting too much attention to his local area, which is why he eventually jumped ship and started up his Amazon River tour guide business. But next time you go for a tour on Frank’s boat, be sure to ask if has a couple of fresh-caught ice creams around!

Any Amazon boat trip would be a blast, but even more when you get to cosplay as the tour guide himself! The move-accurate outfit has all the same colors as Frank’s, complete with the red neck scarf and the yellow-colored suspenders. Travel like the locals do, in comfort and style in this Jungle Cruise Men’s Deluxe Frank Costume.

Even if you don’t take this costume deep into one of the most wild, dangerous places on Earth to open an ice cream business, we know you’ll be satisfied with it. Whatever you are doing, you will look great, just like Frank Wolff!