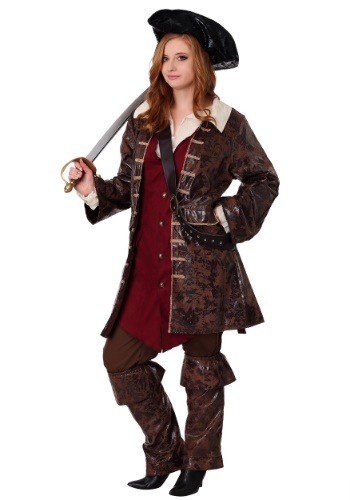 There are numerous laws secreted away in pirate society. The Pirate King keeps careful check of each and distributes glorious boons to those who adhere and terrible punishments upon those who dare defy the code. Of course, there is one law within the many rules of piracy that throws the entire system out of whack: breaking pirate law can sometimes result in even greater rewards than following them! Piracy is all about risk, gambling, and finding the greatest rewards for the most fantastic of adventures, after all, so who could expect breaking a law to come with no possible gain?

One of the rules most worthy of disruption is the silly idea that a pirate captain need be a Lord. Whoever decided that a pirate needed to be born with a proverbial sword is certainly in for the shock of his life when the pirate queens come to port with their swashbuckling skills and their charmed and loyal buccaneers. Whether it is Angelica, the manipulative and enigmatic daughter of Blackbeard, himself, or the Queen of the Seven Seas, ready to lay claim to the Pirate King’s crown, we all know it will make for the most epic adventure yet.

And it is time to get your boots on the deck with this Women’s Caribbean Pirate costume. Sailing the seven seas sure isn’t easy as a lass, but you’ll be a step ahead of everyone with this maroon vest with aged gold buttons, matching rustic gold buckled belt, and the authentically sea-worn jacket. The black hat can be reformed to your preferred shape. Join this attire with your favorite cutlass and knee-high buccaneer boot and the seas will be begging you to set sail. And, should anyone question your right to captain your vessel, remember: adherence to the pirate code is optional, so long as you’ve got the guts to challenge them!