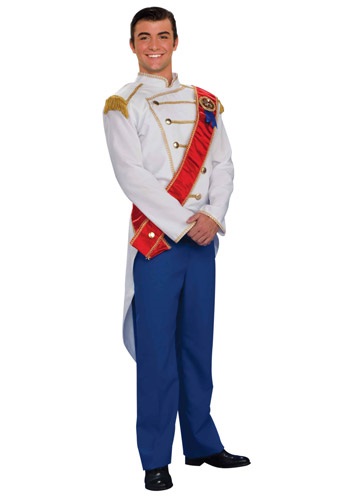 Ever notice how the Disney Princesses are a frequent stop on the Internet train? On the list of most-desired occupations, Princess tops the chart. Who can blame anyone? They are a fantastic combination of bright, beautiful, adventurous, and capable. They’ve got some attitude and, usually, some magic, combat skills, or even just an extra dose of attitude to back it up! And, since each are so completely varied from one to the next—perhaps some facial designs, aside—each tale of princess glory is each their own.

The thing is, in a world of equality, those poor princes have very little visibility! A few of them show up as a sudden end-game heroic to save the day, though that hardly gives them a personality worth exploring. Most others only become princes after the tale is told and they are welcomed into the family. (How exactly the royal politics work is certainly an issue as most common folk don’t really become princes just by going on an amazing carpet ride date with a princess, but… those questions are rather circular after a while!)

Fortunately, there are a couple princes that stand all on their own and not only help to save the day, but do so without overshadowing the princesses. Join the ranks of the greatest princes in the fairy tale kingdoms with this Prince Charming costume. The long tails of the coat hang low to your knee and shines white with golden accents and buttons. The elastic waistband of the blue pants keep your trousers comfortable while the staggering blue makes for a perfect contrast with the shining white and gleaming red sash. Pick up a sword accessory or an additional prince or princess costume to complete the court and go on adventures of your own.