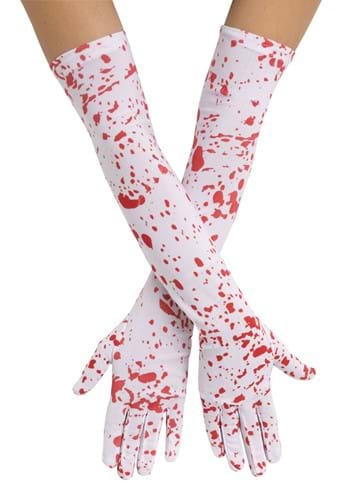 It’s crazy how you can wear bloody gloves on Halloween and no one bats an eye. You can walk around all night and no one will say a thing about it. The fake werewolves don’t care, the fake witches have them too, and the fake nurses just fake got off a fake 12-hour shift at the fake hospital. No one will be in the mood to say a thing. No one, that is, until you run across one fake cop at a party. That’s when you’re going to be in trouble! “No, Fake Officer, it wasn’t me!” won’t cut it when you were seen with these fake bloody gloves leaving the fake crime scene. “Tell it to the fake judge,” is all you’ll get.

But, really, who is going to turn down a chance to wear these amazingly comfortable gloves? They slide right on and fit snugly without being tight. The fit and style can add that extra bloody, Halloween-y aspect to any great costume.

You really will. And they’re durable, so you don’t need to handle with too much care. As long as you’re not armed, you should be able to enjoy these bloody gloves all night! In fact, we’d go so far as to say you’ll have a… bloody… good time!