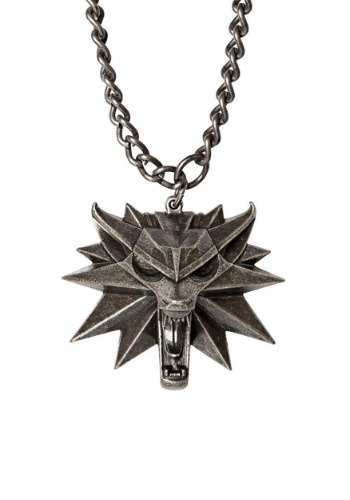 Maybe on Earth, that kind of question is a pretty tired pick-up line. But, if you're traveling the (surprisingly unnamed) world of the Witcher, it takes on a totally different meaning. Perhaps you want to proclaim your allegiance to one of the Schools. Maybe you're especially keen on one of the mystical runic signs that represent the Witchers' powers.

Pretty tough to go against Geralt's School of the Wolf, we think, but it's up in the air between the telekinetic Sign of Aard and the fiery energy of Igni.

No matter which Sign you're going to favor, this gleaming Medallion from Witcher 3: Wild Hunt is going to make a particularly grand completion to your Witcher credibility. The magnesium alloy construction gives the pendant the edgy look that all Witchers need, but the battery-powered glowing eyes will make everyone question just how much power you may be able to wield.

WATCH OUT FOR THOSE CATS

We know that dogs and cats usually don't get along all that well, but it seems like the School of the Wolf and the Cat School have had particularly long issues. Proclaim that you're part of the goodies with this Wolf Medallion. (Don't worry; you can still totally use their agility gear.)