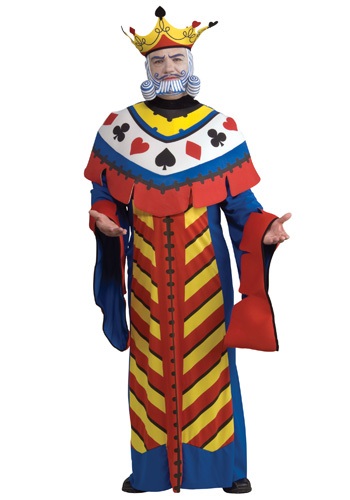 Pick a card, any card! If you could bring any playing card into our real life universe, which would it be? Well, it certainly wouldn't be a number card, right? Because A) could those be any more useless? and B) you're not an idiot. Maybe you're thinking you'd be an Ace. Hmmm, could be a smart choice, although Aces are pretty cocky, a bit full of themselves wouldn't you say. It's like they're always so smug, like they've got a them up their sleeve. Aces have far too much attitude. Maybe instead you'd pick a Jack. Pretty harmless, right? Wrong. How do you think the one-eyed Jack lost his other eye? It wasn't by being harmless. As far as we know, his eye was eaten by a wild boar. You really want that life? No depth perception and being the lowliest member of the royal court? No way.

And you're not going to pick a Queen, are you? You won't, because you know the Queens are terrifying in their power, and if you challenge a Queen, well... look what happened to ol' one-eyed Jack (maybe he lost that eye to a boar, maybe the Queen herself plucked it out. We just don't know.). Queens are too powerful, too dangerous. No no, you want a safe option that still gets the respect you deserve. You know how the head male lion of a pride basically just lounges around all day while the females do all the work (watch your nature documentaries!)? That's basically the King of the card deck. Besides, who else is going to be able to pull of that magnificent beard? It's good to be the King.