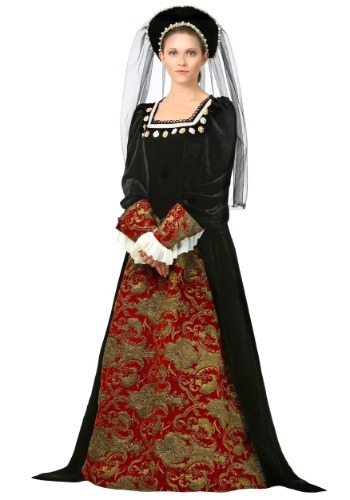 Ruling England during the beginning of the 1500s was never an easy task. It was almost impossible not to get caught up in all the politics and danger of the court. Just spending a single day around it is enough to make someone lose their head. Taking care of the peasants and making sure you don't anger the rest of the royal families is difficult enough, but you even have to know exactly how to dress properly at all times!

Anne Boleyn understood this all too well. She began in relatively humble roots as far as royal standards go, but to us, it was quite the lap of luxury. She was the daughter of an earl, a middle ranking noble, and was able to study in both France and the Netherlands in her younger years. She was betrothed to a few people that various church officials would refuse to officiate for strange reasons, but that never got her down. She moved up to be the maid of honor to the queen where the king himself fell head over heels for her! We think that when the king of a country (or anyone for that matter) excommunicates himself from the largest religion of the time, and creates his own church for you, you know that it's the truest of all loves. There's no possible way something that intense is going to end badly, right?

In order to help you find your own gallant ruler, we've decided to take a little weight off of your shoulders. This beautiful dress is a wonderful inspiration of one that the one and only Miss Boleyn herself would wear around the castle, and is sure to have you stand out at the next costume or old English themed party!