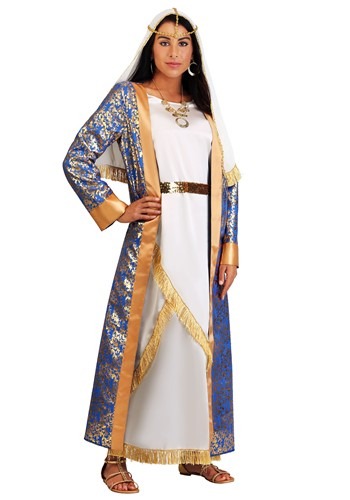 Women haven't been handed power throughout history. When women wanted their voices heard, they had to find ways to make it happen. In history books full of men calling the shots and shaping the world, there are a few women who stand out in calling the shots. We bet you know a few, right? There's Cleopatra, Anne Boleyn, and Catherine the Great. And there are warrior queens like Queen Nzinga and the Berber queen, Dihya.

But Esther stands out. She is a Queen who rose from humble beginnings to change the fate of her people as well as her country. She defended her people with grace and strength that stood out enough to become a tale that people have told and celebrated for thousands of years. And as she was living around 478 B.C.E. it was pretty impressive that her ability to take action was accounted for at all! That just goes to show you that no matter when and where you're coming from, if you try hard enough, you can change the course of history!

Become one of history's greatest influencers when you slip into this gorgeous Made by Us Esther costume. The lovely look harkens back to the luxurious fashions of ancient Persia. It features a white silky dress that's belted with gold sequins and wrapped with rich fringe. A gold trimmed robe is attached and it has an all-over printed gold scroll pattern. The look is topped with a veil that's trimmed with gold braid over the forehead and gold fringe along the hem.

What to complete this royal Persian look? This costume can be polished off with a pair of golden sandals and a confident, queenly attitude. Whether you're using this look for a play or a costume party, you're sure to enjoy playing the role of Esther!