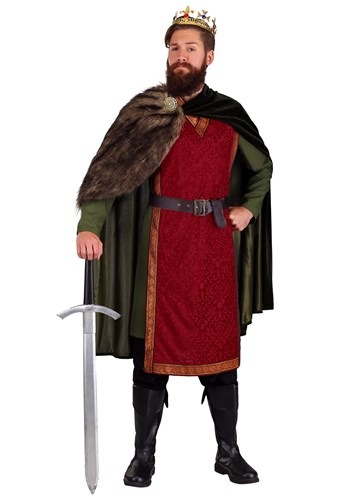 Lucious kingdom in magical world seeks King to guide realm into a grand future. We are a territory rife with natural resources, precious gems, epic adventures, and no shortage of strange creatures, either! We hope to find a royal ruler that we can praise with such phrases as, "All hail!" and "Long live!" Due to the magical and imaginative nature of the kingdom, we are willing to relocate so you can be the King of a flying citadel, forest castle, or even a pirate palace.

Potential applicants should not be too concerned about the monsters in the dungeons or the dragons in the nearby barony. They have promised to be totally cool. Similarly, the witches from beyond the veil have vowed that their cursing days are over. For that reason, we expect the legions of undead remains of our former kings dwelling in the catacombs will probably leave you alone. Alright, so there may be risks involved but don't they say it's good to be the king!?

If you're ready to rule a kingdom with bravery and, if we dare say, a pretty stunning royal wardrobe, it is time to submit that application and garb yourself up in this Medieval King costume. This is a Made by Us design put together by our very own in-house team. You'll suit up in kingly style beginning with the pullover tunic. The base is a verdant green shirt with elastic sleeves and an attached red velvet tabard lined in ribbon. The belt is faux leather with antique tones so it will help you truly blend into the medieval scene. The velvet cape drapes to your upper thigh and features faux fur on your shoulders, closing in the front with a hook and loop strip behind a faux medallion.

You'll fit in with the nobility and peasants alike when you stride through the faire, party, or literal magical kingdom in this Medieval King costume. Don't worry if you don't have royal blood. You can get by just about everything by having your loyal chamberlain take care of any actual responsibilities. (Loyal chamberlain not included.)