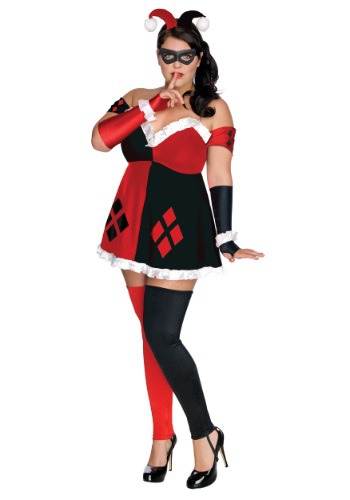 Let’s face it: Love can make you do some seriously crazy things. And in the case of ol’ Harleen Frances Quinzel, M.D., sometimes it came make you literally crazy!

Sure, we’ve all had a bad boy phase or two (or three, or four - they're hot, alright?!). Harleen isn’t the first woman in the world who’s ignored common sense when it comes to pursuing someone who's so messed up that they’ve literally been locked away for the good of society (for instance, let’s talk about the fact that Ted Bundy, Charles Manson, and one half of the Menendez brothers actually got more female admirers after they were locked up…wait, on second thought? Let’s not!). Sometimes, when you’re in the thick of it - like, say, putting your hard-earned professional credentials in jeopardy for a psychopath - you do things that just don’t make sense!

But it's fine! We get it! Love is crazy! There's literally a release of hormones to the brain when you fall in love that mirrors the effects of cocaine...who could argue that you're still supposed to act totally normal when something like that happens? And yeah, maybe not all of us decide to shed our old identities - and our old wardrobes - for the love of a clown-faced weirdo, but it's an insane out world out there, and you're just livin' in it, sister! So you might as well slip on this Plus Size Harley Quinn Costume, pull down the hood to show the black eyemask, and get to doing some tricks for your treat, the Joker. After all, you said it yourself, kid - you might look like a doll, but you're dangerous. So go ahead and give those people of Gotham City a reason to light up the Bat Signal!