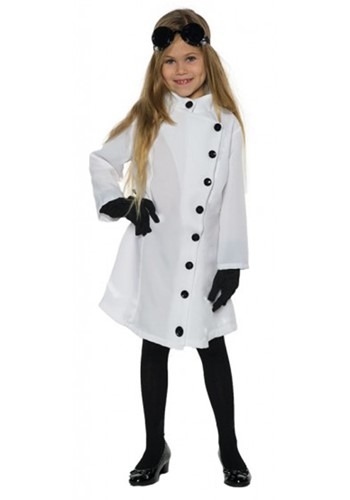 When your child first learned how to whip up a batch of slime, the immediately wanted to try it at home. Their teacher sent the recipe home with every student, so they would be prepared for some weekend crafting. Unfortunately, that recipe found its way out of your kiddo’s backpack and into a puddle—mysteriously, of course. So, craft time took on an experimental twist as they insisted on trying to create new slime from memory.

It didn’t take long for your clever kid to recreate what they learned in class. They mastered the ratios of glue, saline, and baking soda and impressed you along the way. Then they asked if they could tinker with the recipe to create slimes that were stickier, stretchier, and a couple batches that had colors no one had ever seen. Your little scientist took their time with each formula. Trial and error proved messy, but every so often yielded success.

Get your slime making genius looking the part with this Mad Scientist Girl’s Costume. While they toil away over their goos and their powders, your child can look as smart as they feel! This simple ensemble is great for their experimenting, whether they add food dyes or glitter to their sticky concoctions, the long-sleeved dress can keep their everyday outfits clean. The bright white dress is designed like a classic mad scientist’s coat with large black buttons down the front. Though it may show off all their spills and splashes, each stain on their costume can be a badge of honor, before you throw the polyester ensemble in the wash.

Whether your kiddo is destined to pursue undiscovered sciences or is just a whiz when it comes to homemade slime, this Mad Scientist Costume is just the thing to get them feeling ready to keep creating in their lab!