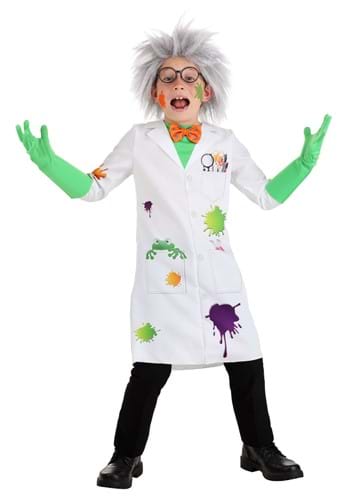 If any of that sounds a little like your child, then this Raving Mad Scientist Costume for kids might just be the perfect outfit! It comes with everything needed to begin a new occupation as a crazy scientist... aside from the insatiable curiosity, of course.

This Made By Us design is for any kid who's obsessed with answering questions that mankind might be better off not knowing! The outfit comes with a top that designed to look like a classic science lab coat, except it has plenty of printed details on it, including a frog in the pocket, different stains and splatters, and even a bunch of tools in the breast pocket. The front also has a green shirt poking out with an attached bow tie.

Pair this look with your child's undying curiosity and it'll be the mix for a perfect Halloween costume. It also might just be the first step into becoming the kind of mad scientist who goes toe to toe with superheroes!