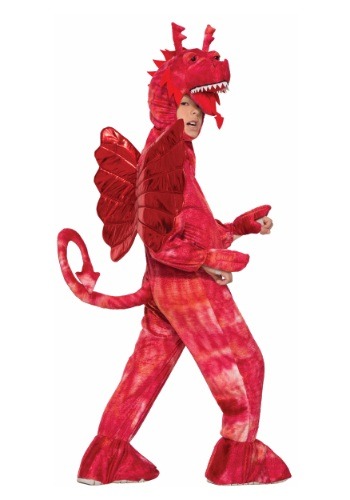 Your kid wrote just one thing. One thing, over, and over, and over again. Dragon. You don’t even know where they came up with the idea…well, that’s not really true. They have been asking to watch Mulan, How to Train Your Dragon, and Pete’s Dragon…and all the other dragon movies that you own. It has been a dragon kind of year for your munchkin. They’ve even started practicing their fire breathing.

Yeah, you know this is just a phase, but that’s no reason you can’t enjoy when your little dragon comes “flying” around the house trying to “cook” his imaginary food with his fiery breath. It’s time to get him something to really make him look like the dragon he is. This Child’s Red Dragon Costume will let him land his dream job of Dragon. And you will get a multitude of pictures of him dressed in this red winged, pointy tailed costume. And, yes sure, he will be onto his astronaut, or cop phase in no time, but for the time being play time will be magnificent!