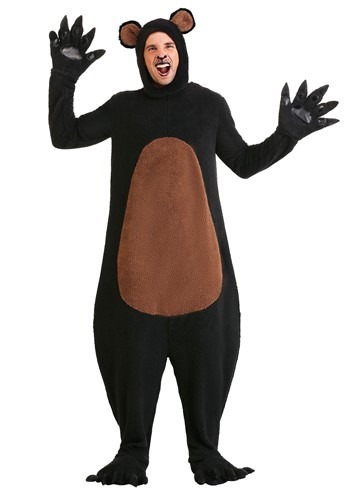 WAS HE FUZZY WUZZY?

Did you know that 1 out of 7 people have, at one time in their lives, been attacked by bears in so vicious a way that they were left completely breathless? Citizens should be alerted to the increasing number of bears in your locale. They can be identified by their bear-like appearance... in that they are bears. Police have released a statement suggesting that these creatures are not in fact bears but only people in bear costumes. However, victims of these attacks note exceeding levels of fuzzy comfort during their attack, leading us to be certain they are, in fact, definitely bears.

The nature of these attacks include but are not limited to jumping out from behind walls to yell, "Rawr!" as well as numerous jokes of a play-on-word nature. Police have explained these are called "puns" or, more commonly, "dad jokes." The emotional damage caused by these "jump scares" and "puns" cannot be overestimated, however.

The bears can be identified primarily by their acquisition of this fantastic Grinning Grizzly costume. It is a fleece jumpsuit of rich black and brown coloring that zips up the back and includes a headpiece with hook and loop closure and round fuzzy ears. The gloves feature black matte vinyl pads and claw-like fingers. As a product designed in-house at HalloweenCostumes.com, the high-quality nature of this costume ensures that we may have bears in the area for years to come, whether comfortably dozing in their own dens or prowling around and grinning at their own jokes.

Additional forms of attack include tickling, theft of picnic baskets, and bear hugs. Again, we note the obvious connection between "bear" and "bear hugs" as further evidence of this bear menace. We have linked this disaster to a "Goldilocks" that may have instigated this bear rampage.