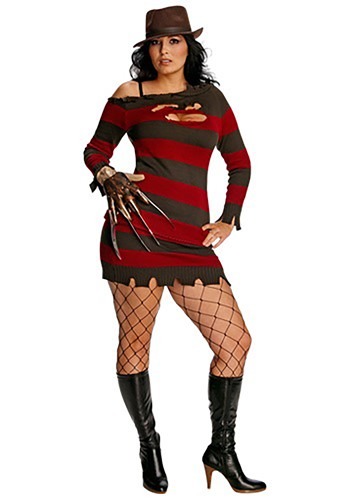 After nine movies in the franchise, it's hard to not have your favorites. Clearly, the first Nightmare on Elm Street is the best. You just can't beat Wes Craven's cinematography and script. Plus the original is always the best, right? Ha, try again! Sequels might sometimes leave us wondering exactly what directors were thinking but they always have at least one little twist that leaves us really inspired, left in wonder, or maybe even exceptionally freaked out!

But, what could possibly be told of everyone's favorite nightmare at this point? Hasn't Freddy really managed to do and be just about everything? What twists and surprises could the master of dreams have in store for the world anymore? Well, just when you think that you've seen everything and can predict whatever is coming up next, it is time for the genius of horror to pull out something truly unexpected and, this time, you get to play a major role on Nightmare's team!

This year take up the razor-sharp glove for yourself with this Miss Krueger costume. You will be the unlife of the party in this feminine twist on the classic red and green sweater of Freddy Krueger! The dress has a tattered neckline and slashes along the chest to perfectly capture the monstrous mania of the master of dreams. Of course, a reimagined dress isn't enough to scare the life out of the party-goers, so you'll have the brown fedora and Freddy Krueger glove to really make your point.

TIME FOR A NEW KRUEGER

Freddy had his chances to get his nightmarish revenge. And, while he's definitely put a lasting mark on our psyche, it's time for Miss Krueger to show everyone what a true master of nightmares can do! Get your quotes ready and you'll even show the other famous slasher movie monsters a thing or two!