Deadly Games: A History of the Roman Gladiators 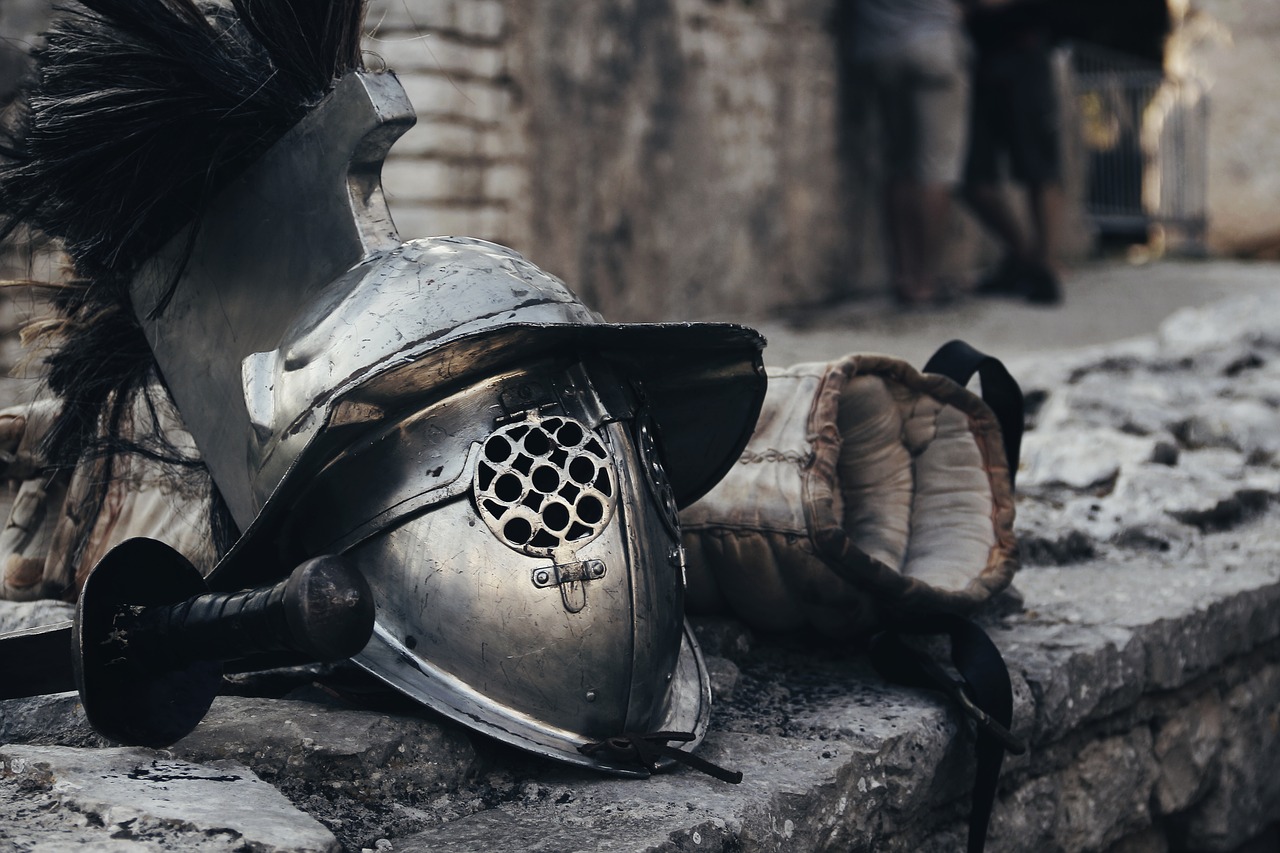 Ancient Rome was a thriving civilization famous for its many advances and innovations; however, while it's famous for its culture and structures, some of which still stand today, Rome was infamous for its savagery. One of the most well-known symbols of its brutality was the gladiatorial games. These games were a type of blood sport that were an important source of entertainment for both the government and the civilians of Rome. The game involved people, mostly men, who would fight one another to the death in a public arena.

The organization of gladiatorial games has its origins with the Etruscans, by whom the Romans were greatly influenced. The Etruscans used gladiator-style combat as a form of ritual sacrifice to honor the dead. When it started initially in Rome, the combat was a part of funeral games. The first recorded Roman gladiatorial game was in 264 B.C.E. and was arranged by the sons of the deceased Decimus Junius Brutus in his honor. The next recorded event wasn't until 216 B.C.E.; however, the first official game in Rome did not occur until 105 B.C.E.

Over time, the games grew increasingly institutionalized. The wealthy used them as an opportunity to flaunt their wealth, while the emperor would use them to mark military victories or to celebrate honored guests. Additionally, the violence and spectacle were used to placate the masses, serving as a distraction from concerns of the day. It was Julius Caesar who transitioned from gladiatorial games for funerals to staged events held in amphitheaters and arenas throughout the Roman empire. Following his assassination, Augustus Caesar, his adopted son, continued and expanded the gladiatorial events. The spectacle and frequency of the games increased as public unrest grew, and blood sports became a day-long event headlined by gladiatorial combat. The biggest of these events was held in the Colosseum in Rome. The construction of the Colosseum, which seated as many as 50,000, was an undertaking started by Emperor Vespasian and completed by his son and successor, Titus, in 80 C.E.

One became a gladiator either as a slave, a criminal, a volunteer, or a prisoner of war. Those who volunteered were often individuals who needed to make a living or pay off debt, such as aristocrats who were bankrupt. Gladiators would attend gladiator schools, where they were not only trained but housed, fed, and cared for to ensure that they could fight. In some cases, gladiators who were victorious were given a symbolic wooden sword called a rudis, which showed that they had been granted their freedom.

While the term "gladiator" comes from the name of a type of sword that gladiatorial combatants often used, called a gladius, the fighters were known for using a range of weapons. The specific weapon was often determined by the class a gladiator was placed in. These classes included Samnite, Thracian, Retarius, and Murmillones, and these categories would also determine the armor they wore. The weapon of a Thracian gladiator, for example, might be a sica, or curved short sword, and a round shield, while a Retarius fighter would wield a trident and a net.

Certain gladiators gained fans and popularity, while some even became famous. Of these, arguably the most famous was Spartacus. Spartacus was a former soldier turned prisoner and gladiator who led a gladiator and slave revolt that spanned from Capua, which was a training school, to the south of Italy, where he was defeated. His revolt lasted for two years. Another famous gladiator was named Flamma. He was famous for having one of the best win records of all gladiators: He won 21 of his 34 matches and had only four losses. In nine of his matches, both he and his opponent were declared winners. He is also known for turning down a rudis four times in order to continue fighting. Emperor Commodus, while not a professional gladiator, was also famous for his frequent participation in the games, often dressing as Mercury and using a bow, which he used to kill animals safely from a platform.

In 325 C.E., the games were outlawed by Constantine I, but that did not put an end to them. It was not until 399 C.E. that Emperor Honorius finally managed to stop the gladiator games, with the last event in Rome taking place in 404 C.E.