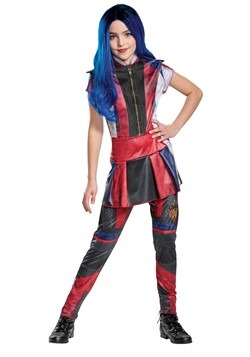 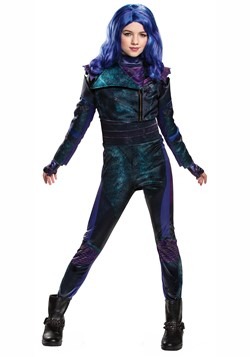 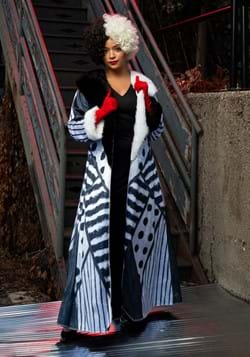 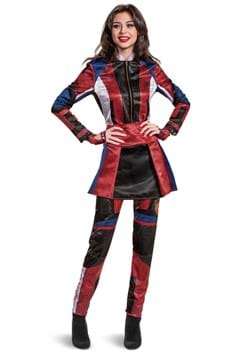 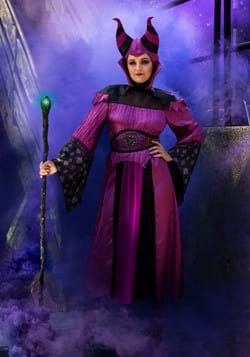 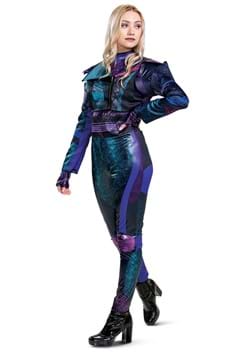 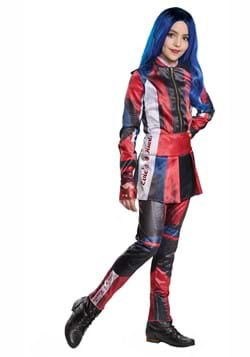 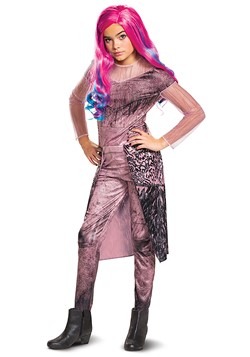 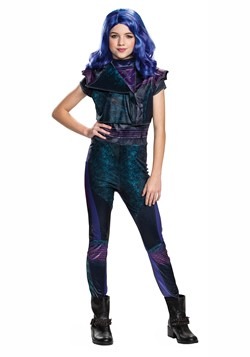 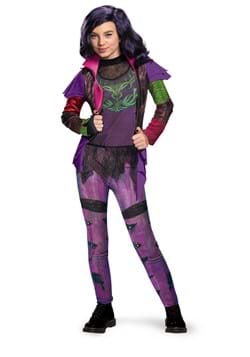 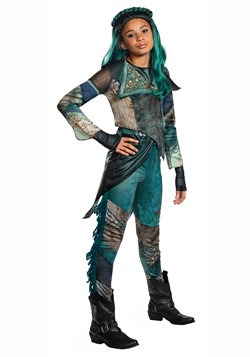 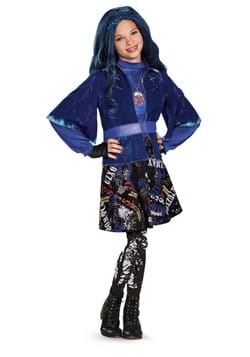 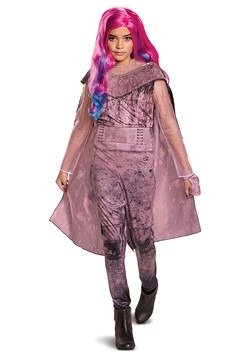 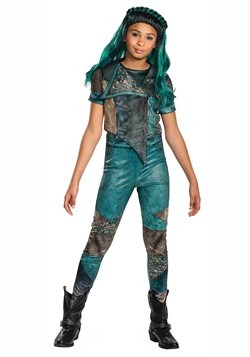 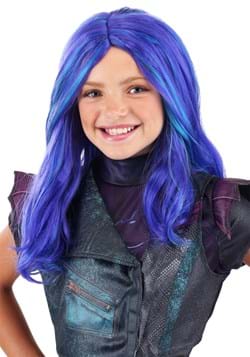 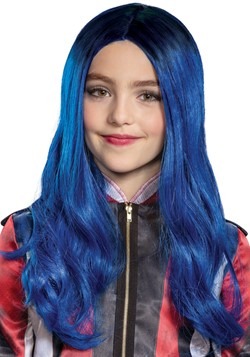 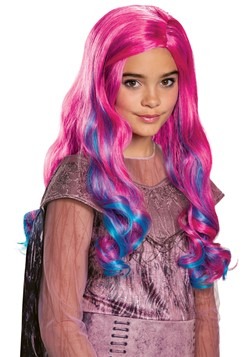 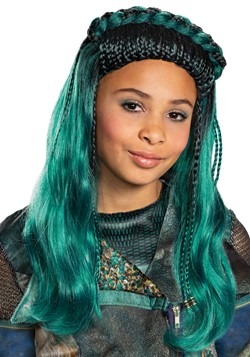 What's it like to go to Auradon Prep with the children of some of the world's most infamous villains? Thus, is the premise of the hit Disney Channel movie Descendants! Your child can become their favorite characters like Evie and Mal and sing all the songs at the top of their lungs while looking spectacular, just like the characters on the show. We even have the most recent Descendants 3 costumes of Evie, Mal, Uma, and even Audrey. Bring the hit show to life with our Descendant's costumes!

If your kiddos love the Disney Descendants movie then try out a Descendants for three costumes! We have Descendant boy costumes and ones for your girls! Or if you already have the fit ready, perhaps any of our Descendant accessories could be in order. We have all the villainous girl wigs. After all, every costume could use a little extra something!

None of us can get enough of Disney fun. It started in 1937 with Snow White showing us how a delightful lass could have her life really mucked up thanks to the wicked actions of the Evil Queen. 1950 would bring us Cinderella and an introduction to another nasty stepmother, Lady Tremaine, and her horrible daughters. We'd delight in the antics of Peter Pan against his archenemy Captain Hook three years later. For all the tricks and wickedness, though, it wouldn't be until 1959 that we finally knew what true evil was when Maleficent appeared and let loose her mighty dragon form in Sleeping Beauty. We've been dazzled by all the glorious tales of good versus evil ever since, whether we’re watching Ariel and her struggles with the sea witch Ursula in The Little Mermaid or watching Jafar get this close to eternal and unlimited power…only to be trapped by his own pride in Aladdin. 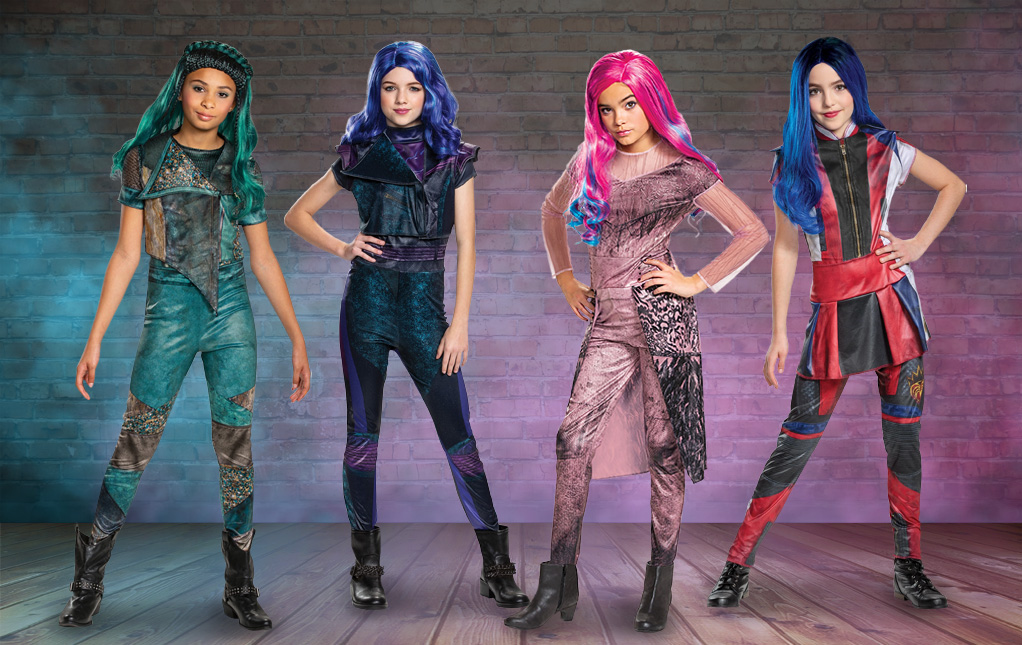 It seems that the villains always get their comeuppance thanks to the actions of a handful of heroes. But, with the amazing stories that we've all fallen for, so many of us have asked, "What happened next?" Sure, most storybook characters get their 'happily ever after,' but…what happened to the villains!?

That's why we're all so excited for Descendants. All of the great Disney worlds are brought together in the amazing musical films and series—and we get introduced to the next generation with the VKs, the teenaged Villain Kid daughters and sons of Disney's most notorious baddies. Whether your tykes, tweens, and teens also grew up on the classics or they enjoy the new twists on the old tales, we've got the costumes and accessories to help bring the VKs, their friends, and their foes to life! It's time to dive into the new chapter of Disney stories—and what better way to get involved than with some Disney Descendants costumes, especially with the long-awaited 2019 movie? It's the perfect dose of magic!

The third Descendants movie shows that there’s a thin line between evil and good, and it ultimately comes down to making the right choices. Naturally, that's tough to do! You've got to look at everything from all perspectives and then make as confident a choice as you can. (Good thing that we're not all as uncertain as Dizzy Tremaine!) Will the barrier rise up and continue to keep the Disney villains away from the beautiful and magical kingdom of Auradon, or is it time to bridge the gap between VKs and the rest? Well, before we figure out what the future holds for everyone, we should probably get through the third Descendants movie! Mal and the rest have some serious mojo to face and, as usual, it’s going to involve some questionable alliances, strain some lasting friendships, and put everyone else to the test! Head to the movie with your kiddos in their favorite Descendants cosplay or help them show off their Disney style while everyone else is going for the standard scary Halloween looks! The Villain Kids know who is going to come out ahead in that dance-off thanks to these updated looks from the most recent film. 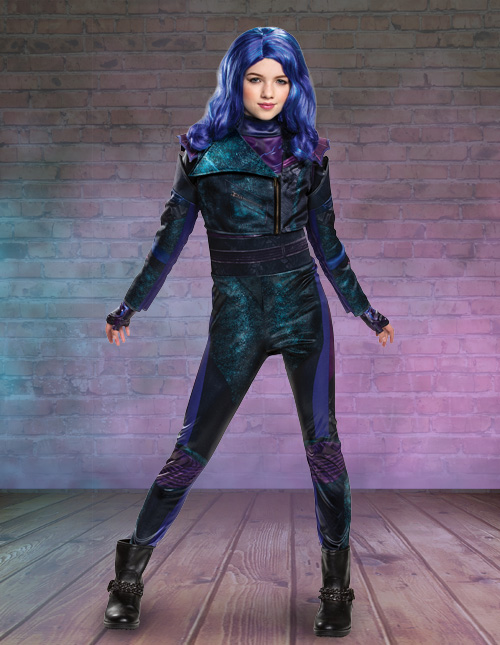 The magical daughter of Maleficent always has her ups and downs. How do you blend in with the kids of the archetypical heroes in Auradon when your mother is known as the Mistress of Evil? It's double trouble when you find that your dad may have been a baddie who is pretty much a god amongst villains—and all when things have been going so well! Fear not, we're sure that Mal is going to figure it out, maybe in a way that won't require a dragon-sized solution! 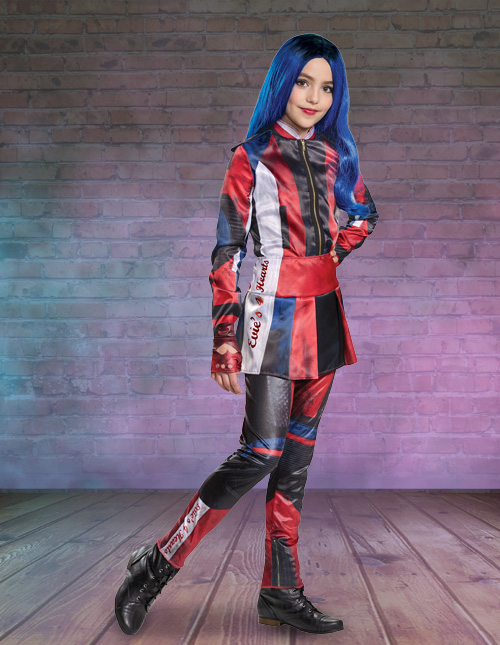 Of all the characters that have a reason to stay on the evil side of the spectrum, you'd figure that Evie would be the one. Her mom is known as the Evil Queen, after all. She didn't even get a famous name once she was exiled to the Isle of the Lost. For a teen, reputation and appearances can mean a lot, so one would think she'd work extra hard to be wicked! As it turns out, Evie is the best at being good out of all the VKs! You know, so long as she gets a lovely hair cut… 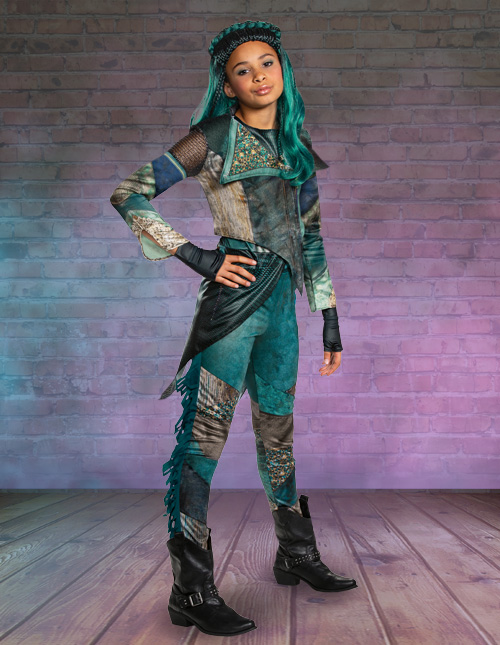 So, your mom had a gambit to claim the Trident of Power and rule all of Atlantis, and she went through a questionable tactic of snatching up some little mermaid's voice to make it happen. Does that mean that you and all your friends should be cursed to live on an island and never get to use any of the cool magic that you've inherited? Well, Uma doesn't think so, and she's finally got a chance to earn her freedom to sail the wide-open seas. We're kind of on her side this time! 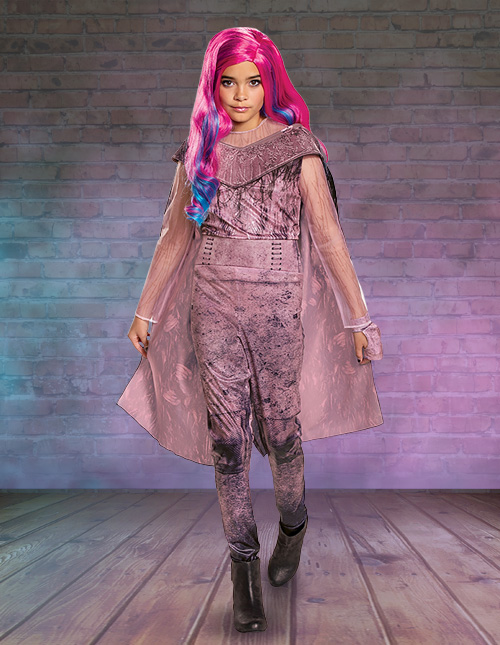 When you are the heir to the grand kingdom of Queen Aurora, there is a certain level of popularity and responsibility on your shoulders. You've got some serious expectations. Living up to the name of the famous Sleeping Beauty isn't going to come easy. But, to have the daughter of the evil sorceress that caused all that trouble show up and take your crown!? Well, nobody can stand by that! It's time for Audrey to claim the crown and show the world who's really good!

Whether you're a solid fan of the Descendants or simply enjoying it because your kids are in love with the brand-new stories and exciting song and dance numbers, you might find that it can be a little tough to remember who's who. After all, we have decades with iconic Disney characters who we've come to recognize instantly. Now those characters have all had one or more kids and they can sometimes blend together a bit. But, if you've looked carefully, you'll notice that the leading VKs and Auradon students have one thing that really sets them apart. We'll give you a hint: they are a great part of our line of Disney accessories! That's right: several of the characters have color-coded hairstyles! While this isn't a guaranteed way to know the difference between one favorite Descendants character costume and the next, it'll give you a leg-up on the parental competition. Take a look at our variety of Descendants wigs, especially from the third film. The bright colors are a dead give-away for these great characters and can even be used to accentuate other looks, especially if you've got some mermaid or witch costume ideas! 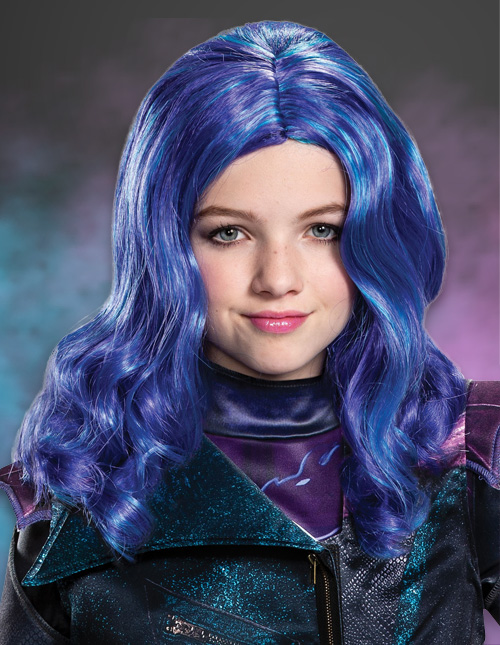 Of all the Descendants characters, Mal is the one who enjoys changing up her hairstyle more than anyone. Now, the golden rule for Mal is purple, but she varies quite a bit from there. First, Mal likes dark purple hair with light highlights. Then, she tests out blonde with purple curls. Back home, though, she thinks a neon purple is totes the way to go. For her latest adventures, this Mal wig is the best it's been: dark purple with wicked blue streaks that are sure to leave the VKs and AKs alike in shock! 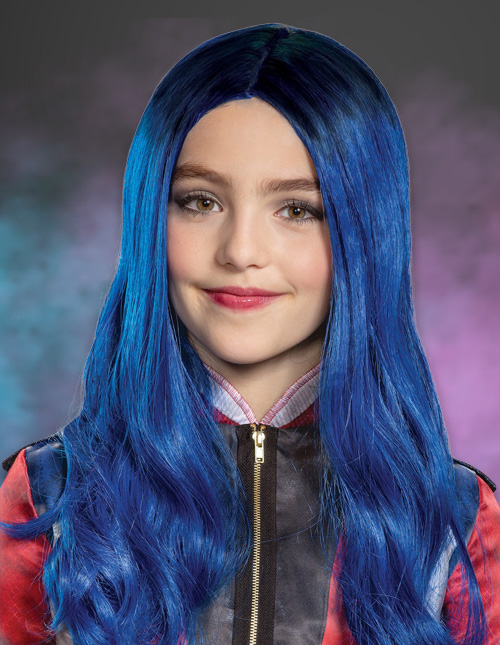 What's more beautiful than blue? Well, we certainly have a tough time coming up with anything. Maybe that is why Evie sports such a great color for her hairstyle? (Admittedly, it can be tough to track when you have magic flying this way and that to perfect everyone's style, but at least Evie sticks to a single color scheme that makes her easily recognizable.) Add a little crown to a blue Evie wig and you've got the perfect look for the most pleasant VK out there. 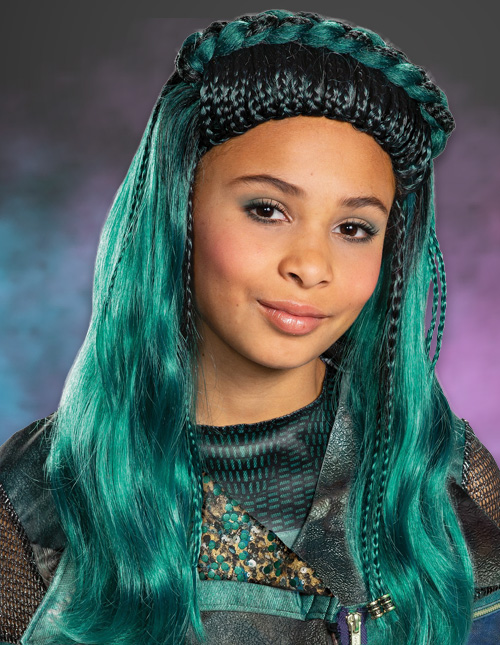 Uma is the gal to keep your eye on. She's got ambition. She's got skills. She's got power. Those are already a pretty dangerous combo, and they clearly give her a proper standing as a villain—but she's also got vision, so she knows when it is time to act for the good of all. Above her magic and the ability to turn into a mystical octopus sea-witch, Uma is known for those gorgeous green locks! Your little Uma will look great whether in a captain's hat or braided up in an Uma wig! 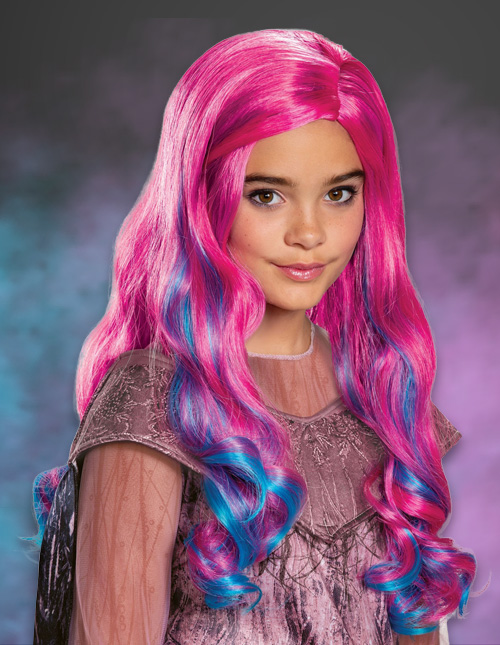 Audrey changes her colors all the time, and we're not just talking her hair. Is she a goodie? A baddie? A popular princess? A sinister sorceress? It's tough to tell with this gal who had it all going for her until Mal showed up. Audrey isn't going to let Mal take all the limelight. From blonde to brown, Audrey changes her hair color. But when she shows up in a bright pink and blue-streaked hairdo, you know that she means business. This Audrey wig is pure magic!