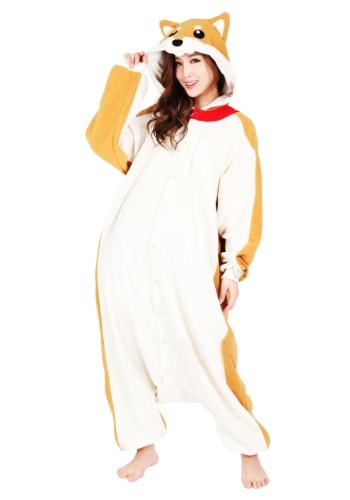 Independence. Isn't that what all humans crave? After all, we devote plenty of holidays to the idea. We all desire to move through life, unhindered by the restraints of society. We all wish to decide our own fate by making our own decisions. Most creatures in the animal kingdom don't fully understand our plight! Do you see the yearning for independence in the common lemming or that annoying squirrel who hangs out in your backyard? No. Only the humble Shiba Inu understands the struggle for independence.

Yes, the Shiba Inu. It's the dog that understands you. If you've ever met one of the cute little doggos, then you know that they get it. Each one is like a mini James Dean—a rebel without a cause. They eat on their own schedule. They only cuddle when they feel like it (or not at all). They play ball when it suits them and casually watch you fetch the tennis ball when they're not in the mood. They've got their own ideas about things and they play by their own rules, just like you. If you plan on dressing up like a pooch this year, then this Shiba Inu kigurumi is just the ticket!

This ultra-cozy pajama-style costume helps you transform into the most independent dog of them all. The costume is made of a soft material and has a button up front. It also has a bright red collar around the neck and a little curly tail attached to the back. Of course, the best part of this costume is the hood! It's shaped like a Shiba Inu face with a pair of big black puppy dog eyes on top and a pair of pointy ears on the sides.

Don't be afraid to declare your independence with a triumphant bork! The comfy design of this costume makes it great to wear to bed or to a party. You'll feel cozy, confident, and completely independent while wearing it!