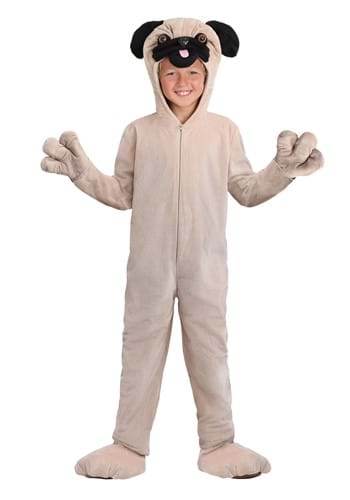 Everyone knows that the dog is humankind's best friend. (Sure, the cats might have won the Internet, but eternal companionship remains fully in the paws of our canine companions.) But, with all the various breeds of dogs, there are occasionally the wars between which specific dog is our bestest friend. Those kinds of competitions really can't be won because there are far too many different kinds of people.

Fisherfolk and hunters likely side with the Labradors. Police officers obviously have their German Shepherds. Firefighters have had the Dalmatian as a mascot since the 1700s due to their long-running and horse-calming traits. And, despite their false reputation, Pit Bulls and babies are instantly in love. So, tough to find a clear winner in general but, curiously, we found that the Pug was the prime buddy for kiddos. Maybe their awkward energy and small stature?

Whatever it is that makes children and Puggers a perfect match isn't yet quite clear, but that hasn't stopped our excellent design team from putting together a look that proves that they were made in the same mold. This Kid's Pug Costume is the perfect way to keep kiddos comfy while also giving them that doggo disguise that will leave them giggling for hours. The hooded jumpsuit is of a beige and brown soft fabric with a hood that pulls up into a fully Pug mug! The gloves are sewn to three rounded toes while the rear of the jumpsuit has a curly tail tacked to the back for a complete doggo look.

DON'T LET THEM FOOL YOU

The first few minutes your kids are in this adorable Pug Costume, they'll probably realize that they can start doing some of the same tricks the snuggly breed is known for in order to get treats of their own. Now, you can give them candy if you like, but it might cause them to wear this costume all year round!