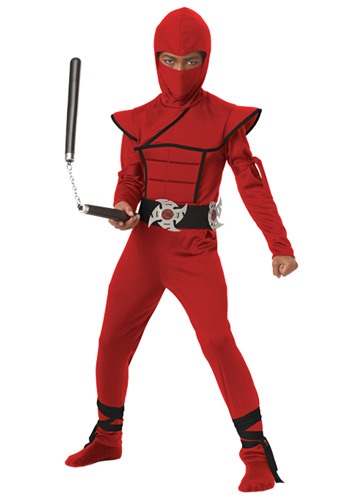 When we were researching ninjas, we discovered something odd. Ninja is not the word that used to be used to describe the silent spies. Rather it was shinobi, which means: to hide. Of course, they had plenty of other names, too. Everything from rogues and ruffians to being named after quick and agile creatures. But, can you really get better than the modern word? There's just something so mysterious and sleek. Ninja!

In the legends, they can basically run on water, become invisible, and control the elements. Bend wind and air to your very whim and create illusions and shadow. Not just for stealth, of course. You'd be looking pretty awesome, too. Of course, we want that kind of power... and we know your kiddo does too. Your son is in awe of the way a ninja can sneak up on his enemy without making a sound and snatch victory before anyone knows it.

It's time to help your kid become a ninja! You thought it was just going to be a phase, so you put him in karate classes. But, nope. He wants to be a ninja... to study ninjitsu, the art of becoming invisible. This Boys Red Stealth Ninja Costume is the perfect beginner's outfit for any ninja in training. This hooded jumpsuit fastens at the center and features foam accents that look like armor on the chest and shoulders. The ninja mask fastens with ties in the back of their head and is completed when they bring up their hood. Channel the mystery of the ninja and start their quest!