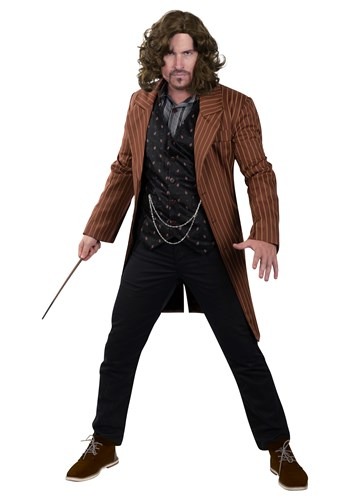 We have to say... Sirius Black had one of the most mysterious appearances in the Harry Potter series. Remember when we all thought that he was a bad guy? Turns out he was simply misunderstood. And what's cooler than a rich, mysterious, misunderstood, magic guy? How about that exact same guy who's also generous and sensitive? That's cooler. Add some edgy family drama and you've got a story that we just can't wait to dive into more!

His family would have preferred to see him firmly aligned with the Death Eaters. But anyone who was friends with James and Lily has to be pretty open-minded and caring. And while the best man and godfather of their son was framed with their heart-breaking murder, he didn't even let his years in Azkaban turn him bitter. With loyalty like that, we shouldn't be surprised that his Animagus form was that of a loving doggo. That's the final straw. It's time to find some magic to bring the shining dog star back from the brink!

We might get sappy when talking about Sirius Black but it's hard not to love the guy. That's why this officially licensed Sirius Black costume is sure to be a hit at costume parties and conventions alike. The ensemble includes a striped shirt and a mismatched vest with front buttons and a delightfully decorated silver-tone chain. Finish everything off with the fully lined pinstriped jacket and you're ready to feel the magic. Consider adding a Sirius Black wig or a wand to keep at the ready. (You never know when those Dementors will show up!)

Yeah, yeah. We know. Ron is technically Harry's best friend. But, when you've got this loyal dog thing going on, obviously your Godfather has to rank pretty high up there. We're pretty sure once you bring Sirius back with this costume, Harry will do some rearranging, anyway!