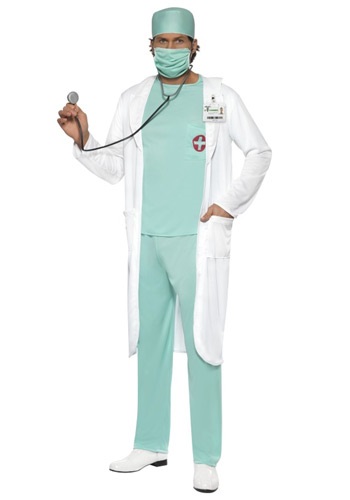 Dr. Blake Daniels was one of those rare children who, for as long as he could remember, knew exactly who he wanted to be. So he studied hard, aced all those science and math classes that one needs to become a doctor (Biology? Organic Chem? Maybe Calculus? We were more English class kids, ourselves…), and made it into a good college and an even better medical school. And he had just gotten his residency assignment - a teaching hospital in Seattle! - when, on his way home from one of those classes where you cut up dead people, he was suddenly and viciously attacked by a vampire. We know it’s crazy and, yes, some would even say that’s impossible, but that’s what happened! And even though he wished she had just left him for dead, instead her vampire venom did its work and turned him into one of her own.

His career ambitions shattered - “How can I heal people when all I want to do is suck their viens dry?” he wailed, to his non-existent reflection in the mirror - and his mortality taken from him, Dr. Blake Stevens fell into a deep pit of despair. He began wearing black turtlenecks, spending all of his time attending poetry slams at local, independent coffeeshops, and listening to a lot of Depeche Mode.

Until, finally, one day, he watched a man collapse in his favorite Fair-Trade Organic Co-Op, and he realized his desire to save people overcame his instinct to kill them! He went right out, bought this Doctor Costume and a book titled, "So You Want To Practice Medicine Even Though You're a Vampire" by Carlisle Cullen, and got to work! It was still hard to not want to drink from the necks of every mortal he came into contact with - and don’t even get him started on the veritable buffet that is an open-heart surgery - but now he simply looks at it as akin to a diet. “You don’t eat dessert when you’re trying to lose 20 pounds, right? And I don’t take the mortal coil away from patients if I want to continue to be the best damn surgeon at Seattle Grace.” The End!