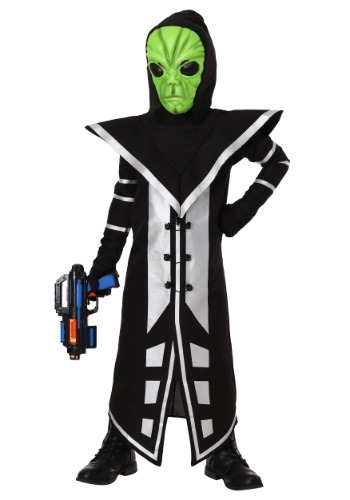 You've known. You've probably always known. Your child is a little strange sometimes. You've noticed them acting weird, asking you to take them to your leader. Perhaps they ask you if they can "phone home" on occasion. Maybe they even have a strange fondness for making laser sound effects during every trip you take in the car. It might be time to admit that your child is actually an alien in disguise. Well, we're here to let you know this it's totally okay. There are plenty of things that you can do to support your little alien in disguise.

First and foremost, you should definitely take your young one to your leader. Your boss at work may be confused, but every alien likes to meet the person in charge! Second, it's okay to let him phone home every once and a while. His alien buds probably just want to know how things are going on Earth. Finally, make sure he looks the part! After all, if he's going to be an alien bent on global domination, he's going to want to dress up in this Alien Assassin Costume for kids!

If your child is ready to look like an alien, then get ready for this Alien Assassin costume! Our costume designers worked hard to incorporate some eerie alien details! The costume comes with a black and white robe that looks truly out of this world. It also comes with a green mask that's molded into the shape of a classic alien. When your child puts it all on, they might just be ready to take over the world!

Dress up your little conqueror in this alien costume! When the alien invasion comes, your child will be sure to remember your helpfulness in their ploy for world domination!