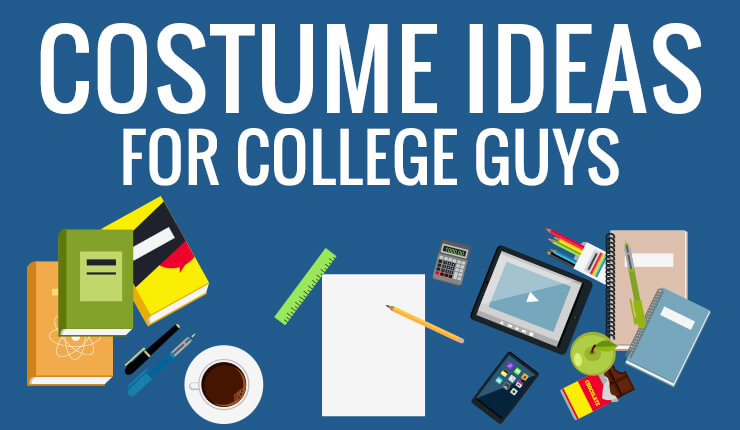 College is a time to grow, to learn, to study. It's also one of the few times in life where people from every field of study are together on the same campus. Keep that in mind this fall as focus inevitably shifts to that one all-important decision: “What am I going to be for Halloween?” Don’t overthink it! (Even if it is a major deal to you.) Show off your discipline in a fun and festive costume for college guys. After all, you’re already spending every waking hour immersed in your field of study. Don’t let all that knowledge go to waste! Get a few of your friends together and impress your classmates and your professors and with these college-themed costumes for each field of study.

Halloween Costumes for The History Major

Major figures of British, American, French, and Italian history might seem like odd bedfellows, but not to you. You can name the six wives of England’s King Henry VIII and how they died (divorced-beheaded-died-divorced-beheaded-survived). You cannot tell a lie, George Washington is the best president. Armed with the knowledge that at Waterloo Napoleon did surrender (and not just thanks to ABBA). Et tu, Caesar? These and other men's historical costumes will make you the envy of your history department.

Halloween Costumes for The Art Major

You’ve spent many long nights in the art studio working on masterpieces that are never seen by your friends since nobody bothers to come to the art building. It’s time for that to change—bring the art building to your friends with this ready-made human fruit platter still life costume or perhaps a painter costume to bring your masterpiece to life. (Happy trees not included.)

For the last time, YES film studies is a real subject. NO, you don’t just sit there and watch movies in class. In fact, you would be happy to enlighten your classmates on the works of Kurosawa, Truffaut, and Fillini with a variety of movie costumes. You can explain away the differences between a jump cut and a smash cut. And now you can recreate the making of one of the greatest films of Hollywood’s Golden Age.

Stop laughing. The Wizard of Oz is a work of serious filmmaking.

No, you won’t sing “We’re off to see the wizard.” For the last time…

Halloween Costumes for the Marine Biologist

While it's probably easier to find marine animal costumes than it is to find a marine biologist costume, you can always crack out a scuba or diver costume and convince that friend that is on the fence about attending to wear a super-cool shark costume. If you're really feeling innovative, you can try to customize your dolphin or whale costume to look like your favorite species in order to solidify your nerdiness with the rest of your classmates. Why yes, this is a striped dolphin costume, otherwise known as a stenella coeruleoalba habitum. If that doesn't net you a date, we'll be sorely disappointed.

The costume possibilities are simply endless for criminal justice majors! You can wear a variety of guys' cop costumes, prisoner costumes, judge costumes, FBI costumes, CSI costumes...the list goes on. It would be utterly criminal for you to skip out on the Halloween party.

Halloween Costumes for the Pre-Med Major 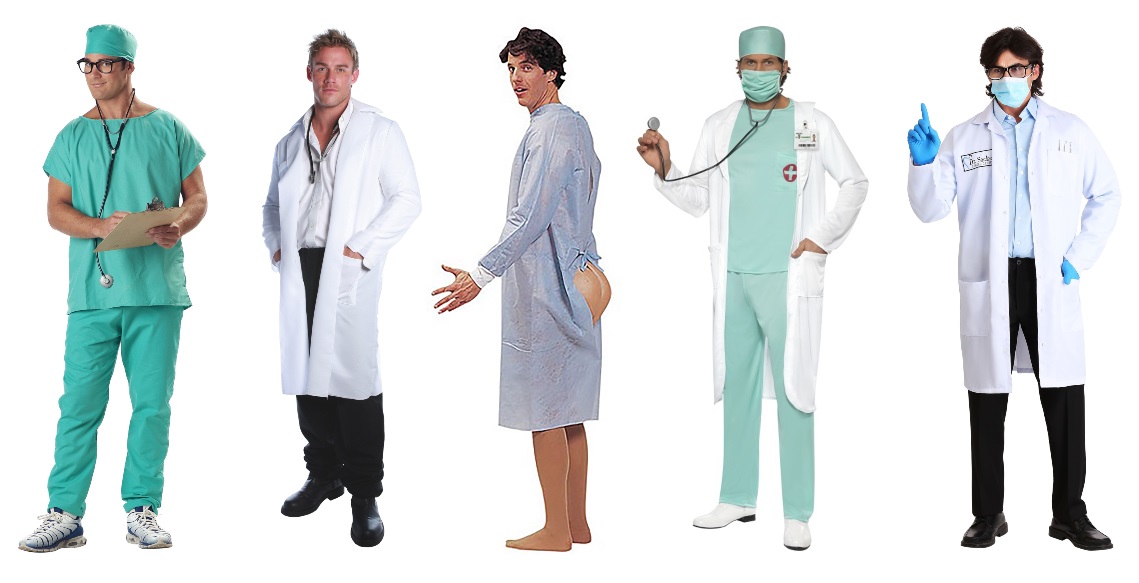 These doctor costumes are just what the doctor—pre-med major—ordered! Between the patient with his butt hanging out and the partially dissected cadaver, the doctor and nurse will be able to make use of that beer pong table which can suddenly double as an operating table.

We hope we've given you some killer ideas for your college major Halloween costume and gotten you excited for the festivities! Did we miss your major? What themed costume ideas have you done in the past? Take a look at all of our costumes for guys for more inspiration. Share in the comments below and we’ll take the best suggestions and add them to a future blog!