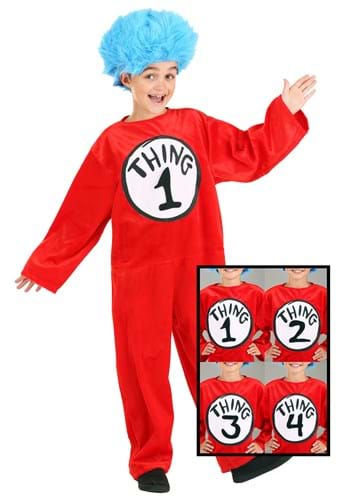 In case you’ve not heard, there was once a great box. Inside was a mystery, though it had no locks. Inside it was dark as much as we peered. Then, one day, a light did appear. From outside, we could hear a strange voice. We shrugged and decided it sounded quite nice. It said, “You will see something brand new. Two things! And I call them Thing One and Thing Two!” It said we’d not bite them, that we just wanted fun, so we hopped out of the box—Thing Two and Thing One!

Now that the box has been opened for good, there is plenty to do as we run ‘round the hood. We can jump on the couches and eat all the chips. We can play loud music and dance with our hips. Some people are worried and they say we are mad but they haven’t heard of the joy that we’ve had. One can run upstairs and cause quite a clatter while Two can run downstairs and ask, ‘What’s the matter?’ And when it is cleanup time, Two is to blame, so Two will just chuckle and quick change its name!

If this kind of mischief sounds perfect to you, your children could become Thing One or Two. But rhyming is difficult when trying to tell you of details of products we’re trying to sell so instead of maintaining this rhythmic delight, we’ll simply say these costumes are perfectly right. Your tykes are in a jumpsuit of brilliant red with a fuzzy blue wig to sit on their heads. Hook and Loop fastener numbers to stick on their chests and you can choose which One or Two would be best. You can get two for multiple kids or even get more for all of their friends, ‘cause if you need some more you can number to four! Soon the excitement may spread to you all! Before you know it you’ll have a Thing Ball!