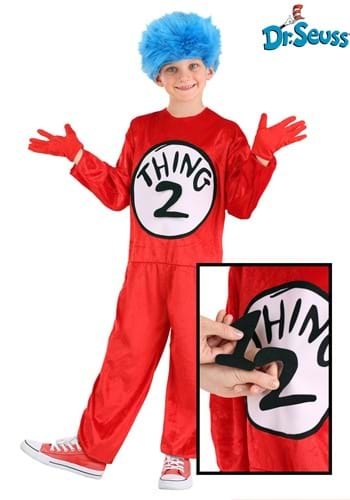 The Cat in the Hat Deluxe Accessory Kit
$19.99
Add

What's the craziest thing that has been delivered to your house? Have you ever gotten a mystery package? Do you know what those few moments before breaking into that packing tape feel like? Hopefully, you've never unwrapped a freshly FedExed box only to unleash pure chaos!

Well, that's exactly what the Cat in the Hat did when he dropped in on Sally and Conrad on that fateful day. That Cat is the kind of fellow who's always bringing uninvited guests to the party. However, in his defense, it definitely makes things more interesting! Where would this edge-of-your-seat story be without Thing One and Thing Two? They're even crazier than the Cat himself! Really, who flies kites indoors? How is that even possible?

They even abscond with the mom's new dress! That's some next-level nonsense. And once the nuttiness is released there's no convincing them to get back into their red shiny box, you've got to catch those Things with a butterfly net! The fish wasn't happy about this maniacal merrymaking, but to be honest, we think it sounds like a great rainy afternoon!

Your kiddos are sure to have a blast channeling their inner Thing One and Two. The transformation is easy with this colorful and comfortable outfit. The soft suit has a large white patch in the middle with a spot to stick the One or Two numbers once they've decided who they are (two's in no way lower than one by the way). They'll feel extra pumped once they put on the electric blue wig. So, it's up to you. Will you open the box, letting loose Thing One and Thing Two?