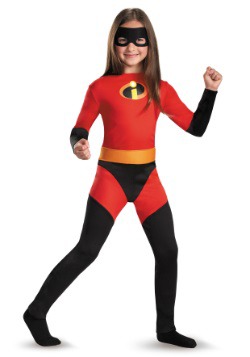 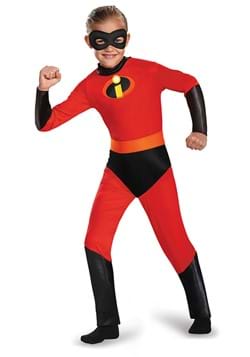 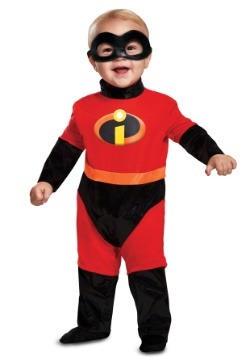 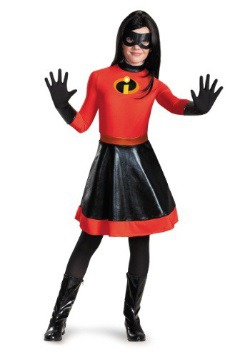 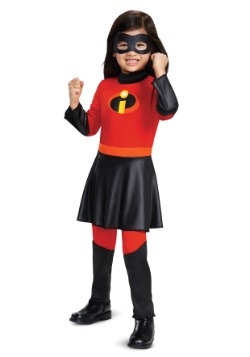 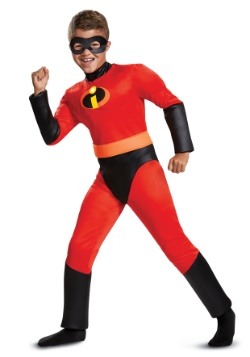 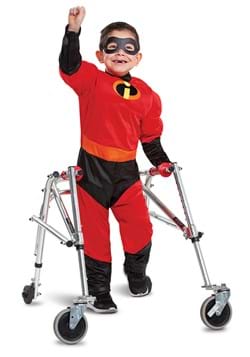 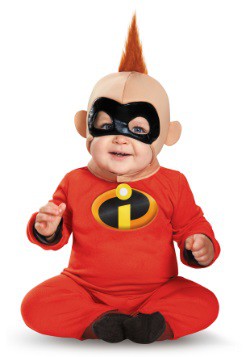 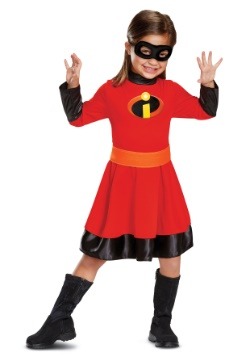 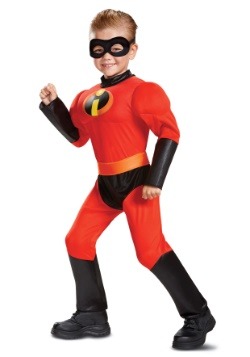 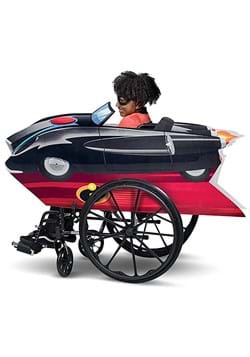 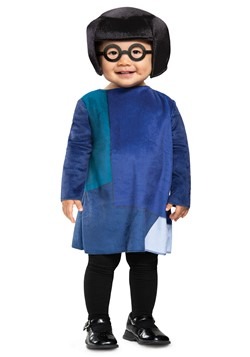 The Incredibles Edna Costume for Toddlers 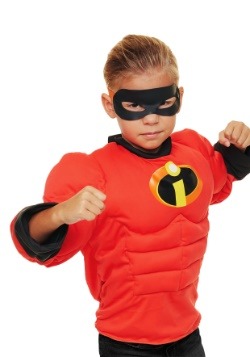 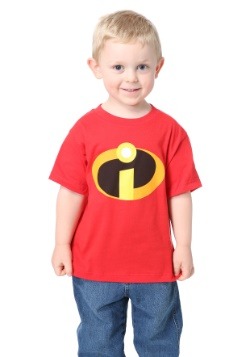 While the story of the Incredibles chronicles the life of a family of superheroes, the bigger message in this film is that in a lot of ways, many families are in their own way just as incredible. We know that Bob, Helen, Violet, Dash and Jack-Jack did have special powers, but otherwise they are just a regular family struggling with a lot of the same things that families everywhere deal with. Our jobs are not what we thought they would be and drain us of creativity and drive. Kids struggle to deal with conforming to rules and expectations while at the same time trying to figure out who they are, how to make friends and how to navigate school. And babies, while cute, make lots of messes and keep everyone constantly on their toes.

If you watched the film and and admired the way that the Parrs came together as a team to defeat the evil forces at work in the world, the good news is that you don't need super powers to replicate this kind of teamwork in your own family. Also, you don't have to wait until there your nemesis is attempting to destroy the planet. All you need is a set of matching Incredibles costumes! That and a mutual goal to achieve good things for humanity.

Finding a family group costume can be tough sometimes. There’s one thing that everyone in the family can agree on through—The Incredibles was a great movie! The Disney/Pixar film has everything you could want from an animated movie. Dad loves the fun action scenes. Mom loves the powerful role models. Kids love super powers. Even real life super villains enjoy the scenes with giant evil robots! Yes, there’s a scene for everyone in the Disney/Pixar masterpiece, so it makes sense why your family should go as The Incredibles for Halloween!

So, now that you’ve chosen to be the super hero family, what’s next? Well, you’re going to need a few tips to get into character and you’re going to need some costumes! Luckily, we have all of that right here for you. We have plenty of superhero costumes that help recreate the signature look, including Mr. Incredible, Elastigirl, Violet and Dash. 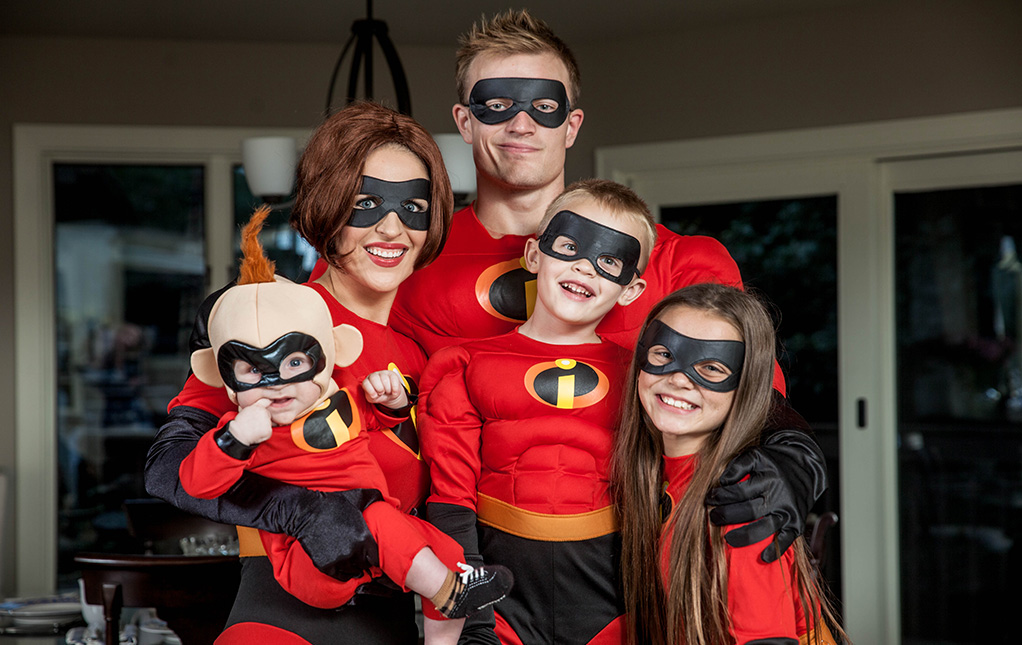 Incredibles family costumes are the perfect thing to wear for incredible family fun! When you’re out there saving the city, it’s tough to think about family time. Of course, for The Incredibles, saving the city IS family time! But that doesn’t mean you shouldn’t get some quality moments in with the whole family after hours, because it’s much better making memories when you don’t have the stress of Syndrome or the Screenslaver trying to get you! Once you get everyone settled down at home base, try getting a photo to capture all your little heroes happily taking the night off from all the superhero stuff! 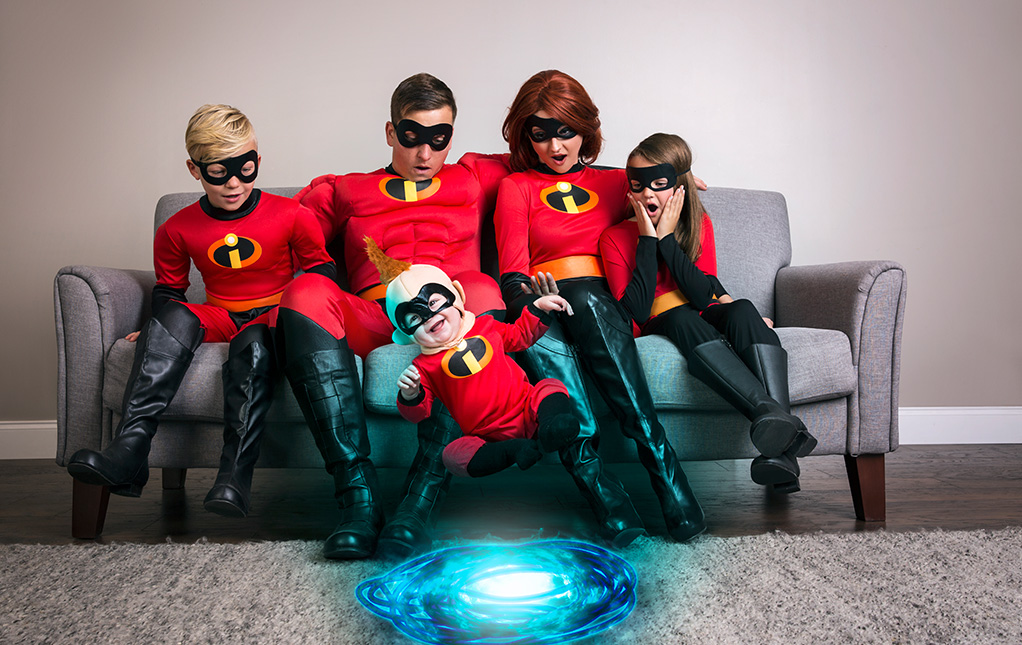 They grow up so fast, don’t they! You always knew that your little Jack-Jack was special, but who knew that he was SUPER! Ever since we saw Incredibles 2, we couldn’t stop laughing about how much mischievous trouble the little Parr baby got into once his many superpowers were revealed. Hey, sometimes you have to grow into greatness. So, when you have the whole family all dressed for success, with your little guy in a baby Incredibles costume, and you’re sitting down to watch a movie, be sure to take a photo and capture the moment forever. Who knows, it might just go into a comic book someday! And if you have anybody in the family with computer graphic superpowers, you can recreate a fun family pic just like we did here. Just have everyone react to the crazy superpowers you’re creating. Don’t worry; Jack-Jack’s powers here were all created with a computer. He’s definitely safe, sound, and smiling.

The Incredibles aren’t called “incredible” for nothing! They each have their own unique personality and super powers to match. From Mr. Incredible’s serious strength, to Dash’s dynamic speed, each one has something that makes them special to the family. If you plan on jumping into the role of one of the superheroes from the movie, then check out this crash course on each character and the costume they wear in the animated movie. 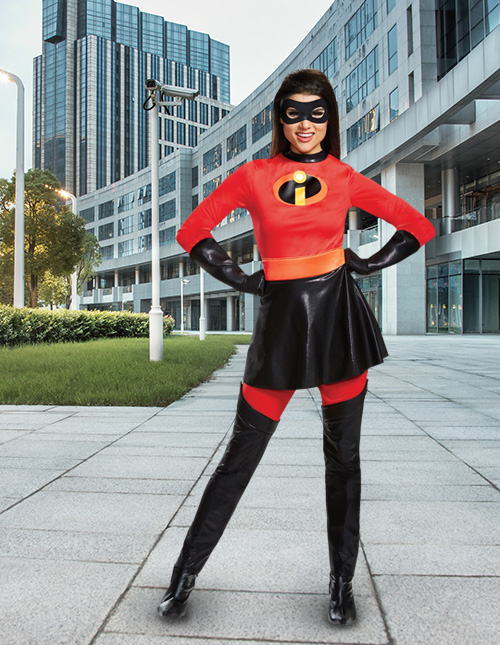 First on the list of supers to meet is Mrs. Incredible! Often using the alias Elastigirl, or Helen Parr when she’s playing mom, her super power allows her to stretch and bend into pretty much any shape imaginable. We can think of more than just a few times where that kind of super power would be useful! You could finally reach the remote that’s all the way across the room, without ever getting up from the couch. You could reach lost kittens in trees. You could even clean out the gutters without having to break out a ladder! Okay, so maybe our uses for her super powers are kind of lame, but she uses them to protect her family and save the world from deadly super villains, which is pretty awesome.

In the film, Edna Mode went to all the trouble of making her costume capable of stretching to incredible lengths, while being completely indestructible. Our version of Mrs. Incredible’s costume might not be quite as stretchy, but it’s sure to keep you looking like a hero during any party. It’s also the perfect way to become your favorite Disney character. 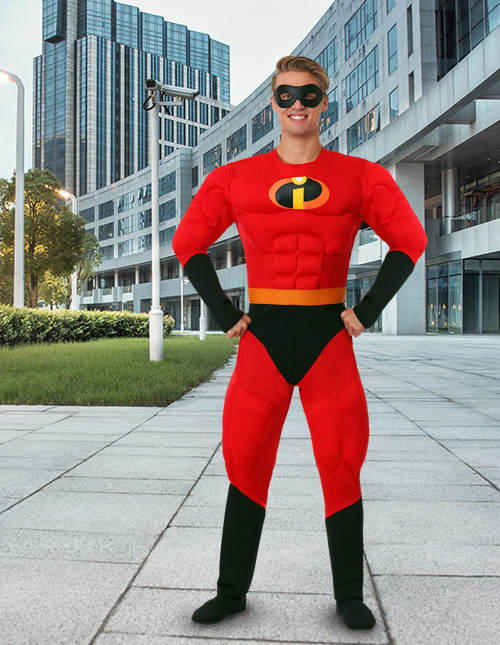 Next, we have Mr. Incredible himself! Not only does he have one of the coolest families on the planet, but Bob Parr may just be the strongest man in the world. Even after spending plenty of years in retirement, he’s got enough strength to lift a train car with relative ease, but he ends up spending most of his time sitting around at a desk selling health insurance at Insuracare. It’s good news for everyone when he’s ready to don his superhero costume again to battle against evil forces, since Syndrome isn’t going to just stop his villainy any time soon. With a ton of help from his family, and his best buddy, Frozone, he’s going to make sure the world is safe from any threat!

As Edna says, “I never look back, darling. It distracts from the now.” Bob seems to have taken her advice along with a new super outfit, since he’s now sporting a red and black ensemble that lets him take on bad guys and look amazing. Since this Mr. Incredible costume has a set of amazing muscles already built into the outfit, you don’t even need to hit the gym to look like the heroic dad from the film. 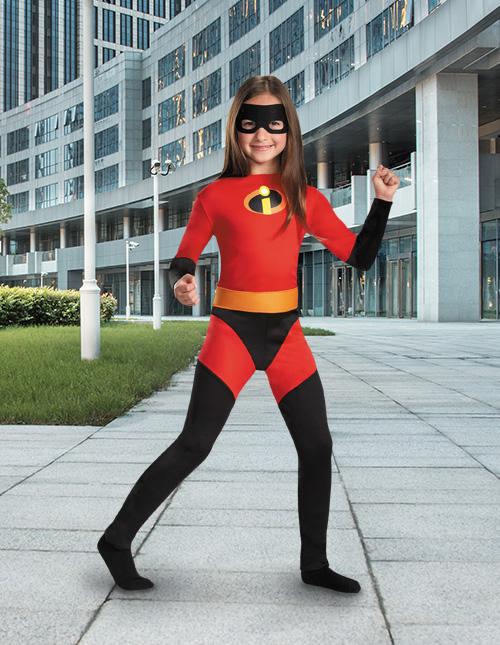 Violet has a crush on a boy in her class and an annoying little brother, but she’s far from your ordinary teenager. She struggles to balance her powers with her desire to fit in, but we’re here to let her know that being a little different is totally awesome when it comes with some cool super powers! Her powers of invisibility and force fields make her a force to be reckoned with and she’s decided to use her abilities to help her family fight the bad guy (but we’re willing to be she’ll still use her powers to keep her little bro in check). Of course, it’s not going to be easy so she’s going to need a special suit to make her ready for a fight.

Violet gets her own outfit that’s quite a bit like her mothers, except Edna Mode designed Violet’s with the ability to disappear as completely as she does. Of course, we’re not quite at her level of superhero costume design, so this version of the costume won’t do any disappearing, but it will provide any girl with the style to be a superhero with the rest of her family. This Violet costume makes a great look for any girl in your family! 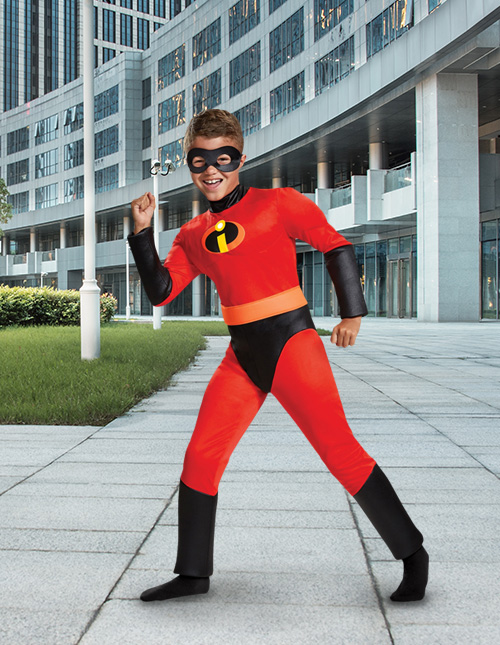 Dash can run circles around the opposition and we mean that literally, not figuratively. Despite his super speed, he’s the typical elementary school kid. He loves sports, teasing his older sister, playing pranks on his older sister and… did we mention how much he loves pestering his older sister? His super power is super speed, so he can run a mile in the blink of an eye. As such, villains have a hard time getting their hands on this little speedy devil.

Dash’s costume is inspired by his father’s, but it’s made with fabric that can withstand some serious wear and tear from all the dashing he does. We’ve yet to discover that kind of fabric at this moment in time, but we have found this costume based on the Pixar character. It turns any kid into the speedy superhero, but we do recommend running a bit slower than the speed of sound! If you’ve got a young troublemaker with a taste for heroism, then he’s going to love this outfit. 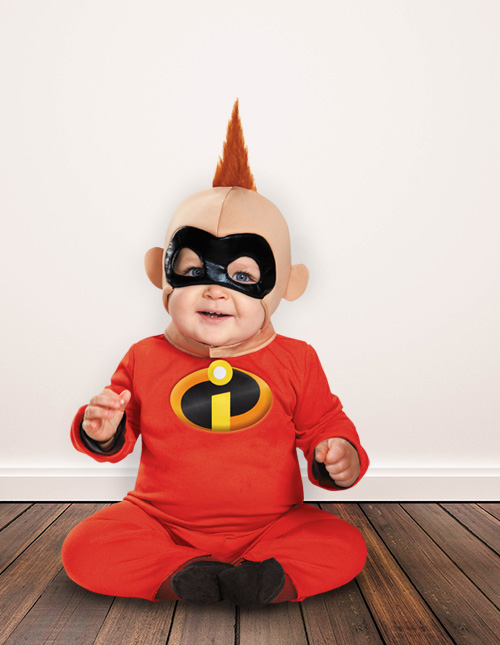 He’s not toilet trained, but hey, no one’s perfect, right? Jack-Jack rounds out the final member of the family and although he may be small, he also might be the most powerful member of the bunch. He can set himself on fire without any bodily harm, he can transform into various shapes, he can turn his body into metal and he seems to be able to phase-out of this dimension. Not only that, but he can teleport and shoot lasers out of his eyes. Oh, and did we mention that he’s also able to… well, you get the point! He’s got a lot of powers and your baby could make for the perfect hero with one of our baby costumes!

Edna made special care when making Jack’s super suit, since she had no idea what his powers might be. It’s a good thing that she prepared for everything, since it looks like Jack-Jack will be making full use of the suit now that he’s discovered his powers! Your little baby just needs this Jack-Jack costume to get into the role of tiny superhero! 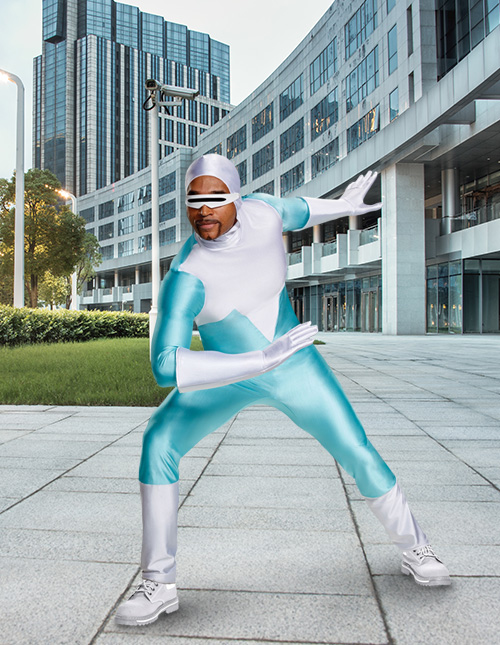 “Where is my Super SUIT?” You probably read that in Frozone’s own voice, which of course, is Samuel L. Jackson. It’s one of the best lines in the first Incredibles film! He’s a great friend to Mr. Incredible and the rest of the Parr family both as a superhero and when he’s just himself. His ice powers always come in handy, and he definitely comes to the rescue during The Incredibles 2! This Frozone costume captures his classic look and will look great with any Incredibles group costume.