Inflatable Costumes That Will Blow You Away [Costume Guide] 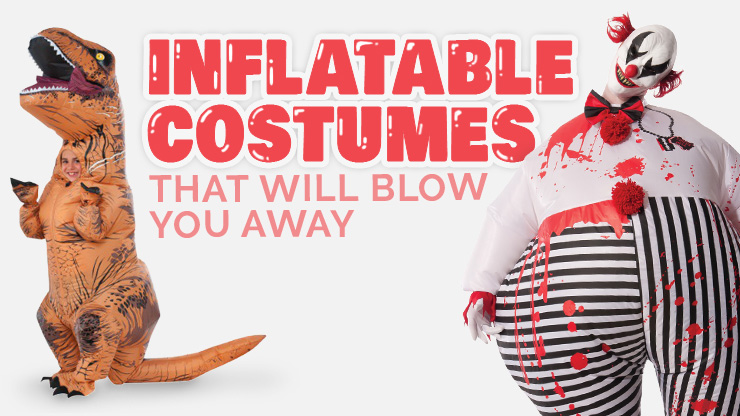 Everyone loves a good funny costume! We’re totally digging inflatable costumes after the first inflatable dinosaur costume went viral on YouTube. Even though it has been a few years since the inflatable t-rex costume starred in a viral Ninja Warrior YouTube video, the popularity of blow up costumes has increasing exponentially! What makes inflatable Halloween costumes so popular? Is it the bounce when someone walks? Is it the fact that they don't quite look realistic? We'll let you decide when you see our costume ideas in this funny inflatable costume guide! 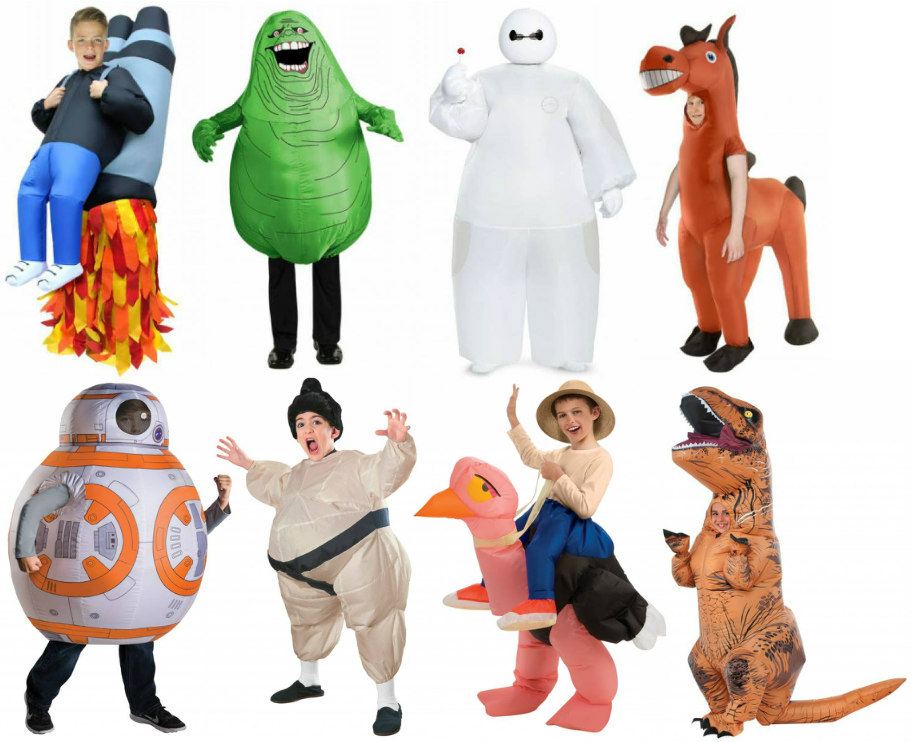 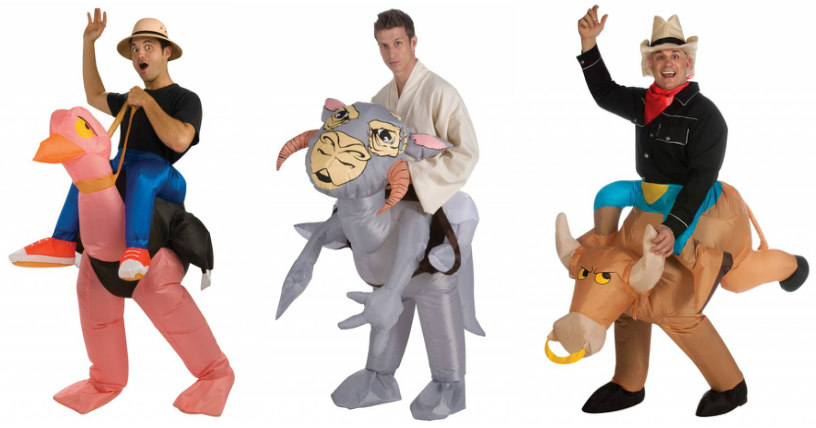 If you thought those blow-up animal costumes were goofy, these adult inflatable riding costumes are sure to crack a smile on some of your most serious friends. You can also add to the silliness with additional accessories such as a pith helmet for the ostrich costume or a cowboy lasso for the riding bull costume. (Kudos to anyone that dresses like Hoth Han or Luke with the riding tauntaun costume!) 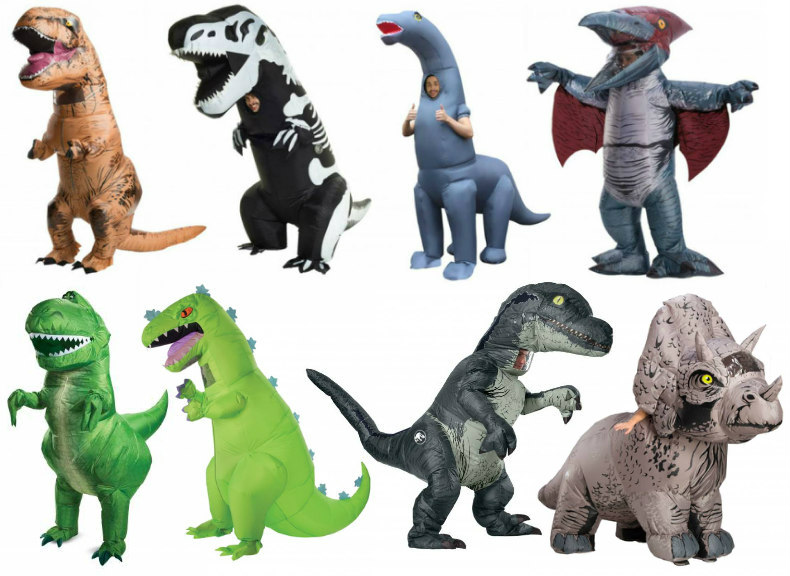 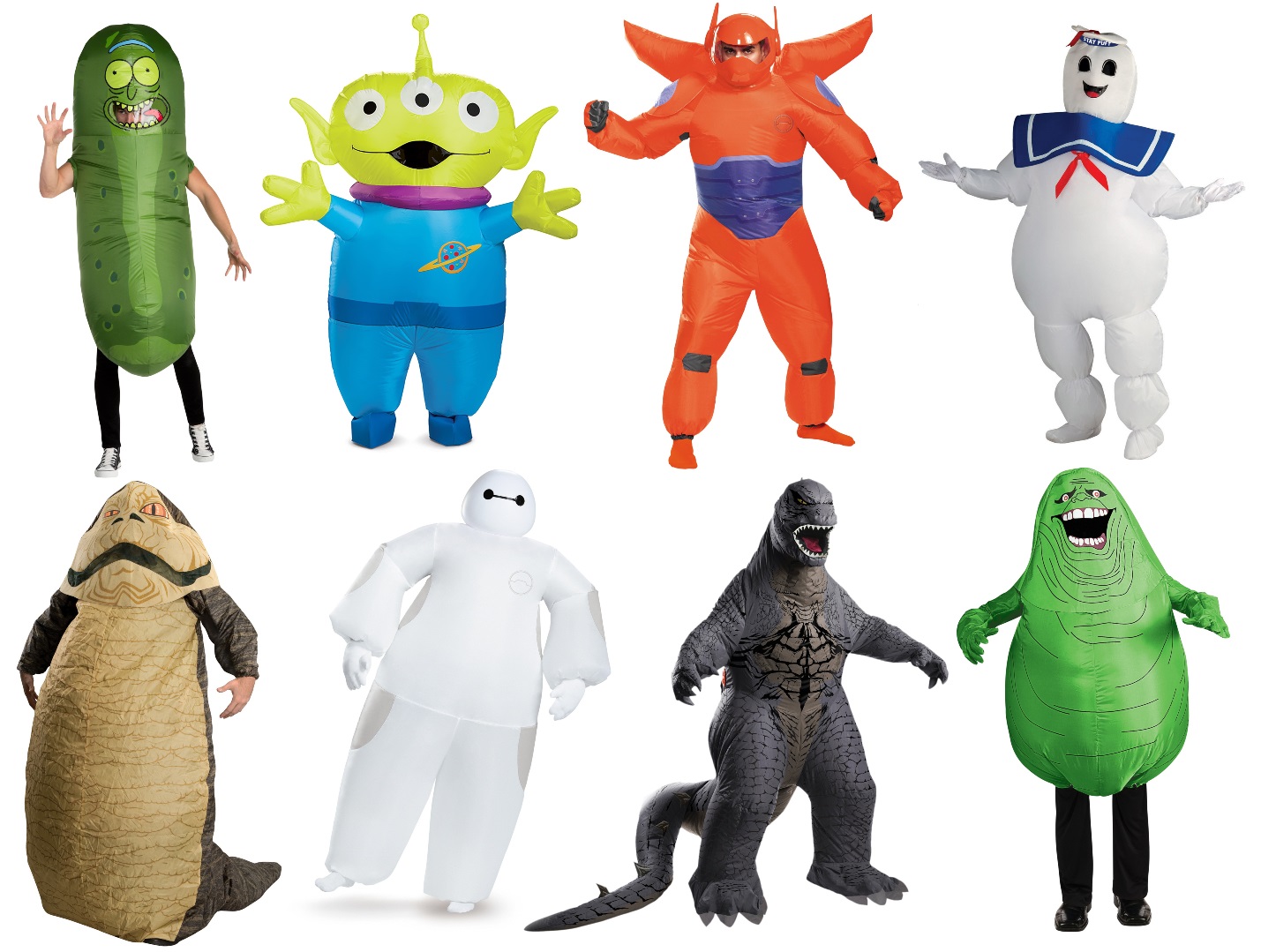 What a plethora of licensed inflatable costumes! There are so many characters that lend themselves well to inflatables, such as the Stay Puft Marshmallow Man from Ghostbusters or Patrick Star from SpongeBob SquarePants. An inflatable Godzilla costume would also make a great addition to any Halloween costume party! (Should you spot any pterodactyls, make sure it’s not Rodan so you keep the city of Tokyo safe!) 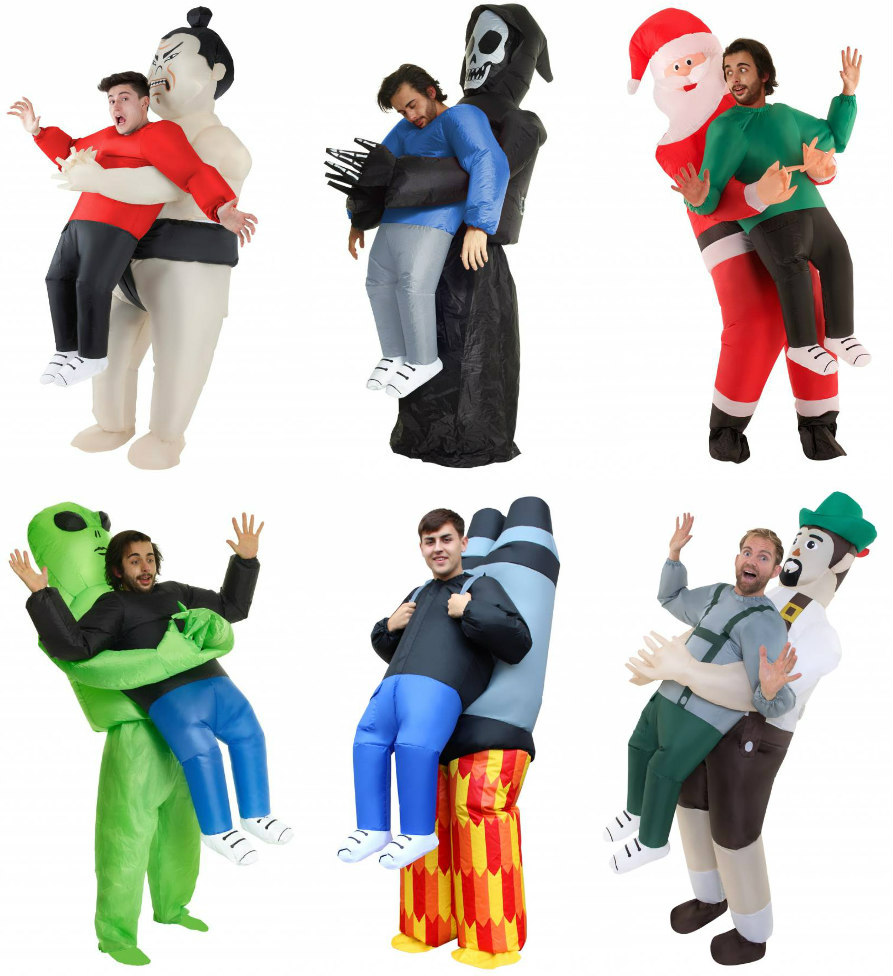 If you are one of those people that likes optical illusion costumes but you’re also torn about wanting to wear silly costumes, now you can get the best of both worlds! (The jetpack costume happens to be one of our favorites!) This selection of funny costumes will surely get a chuckle out of your buds, especially if you decide to hit the dance floor at a Halloween party. 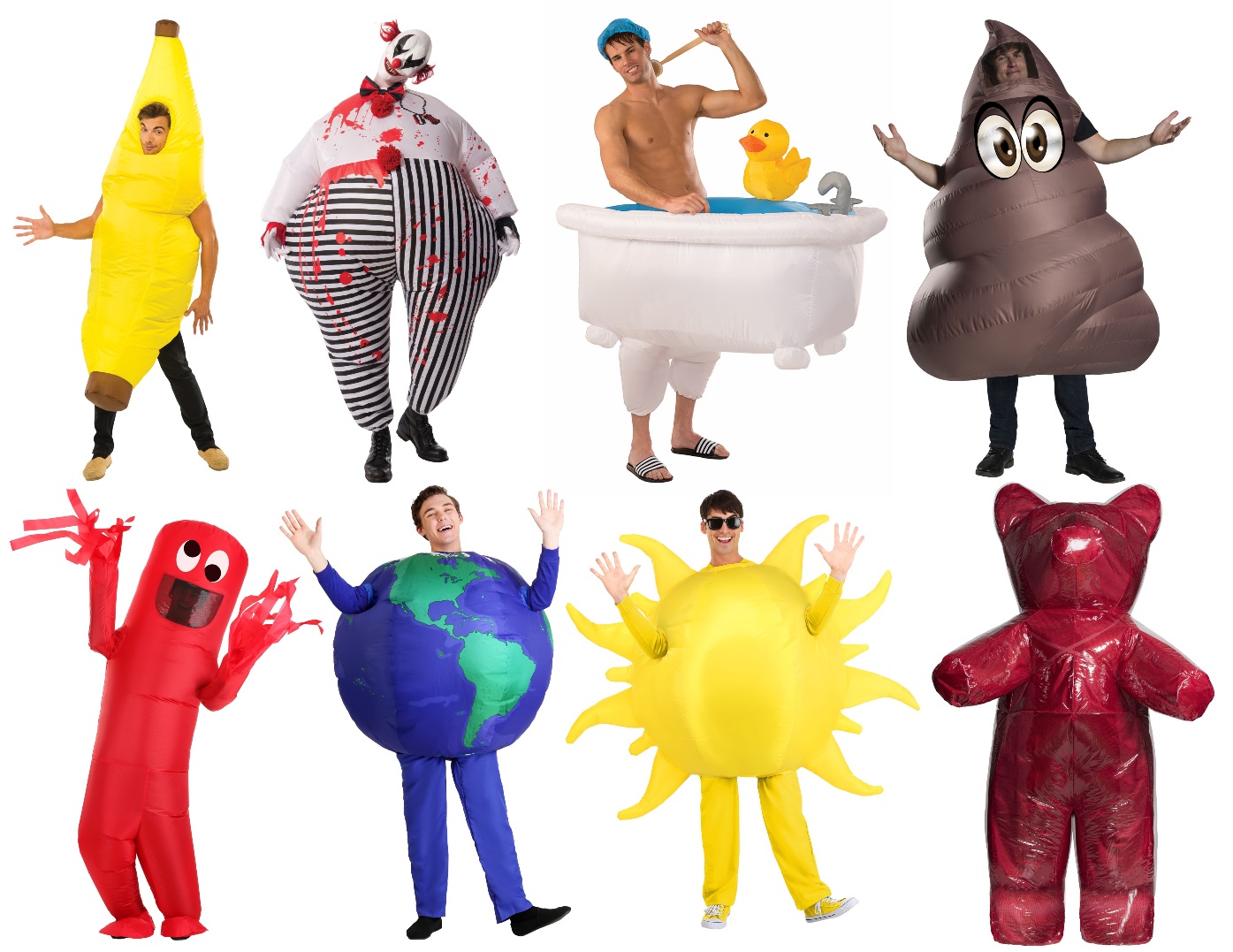 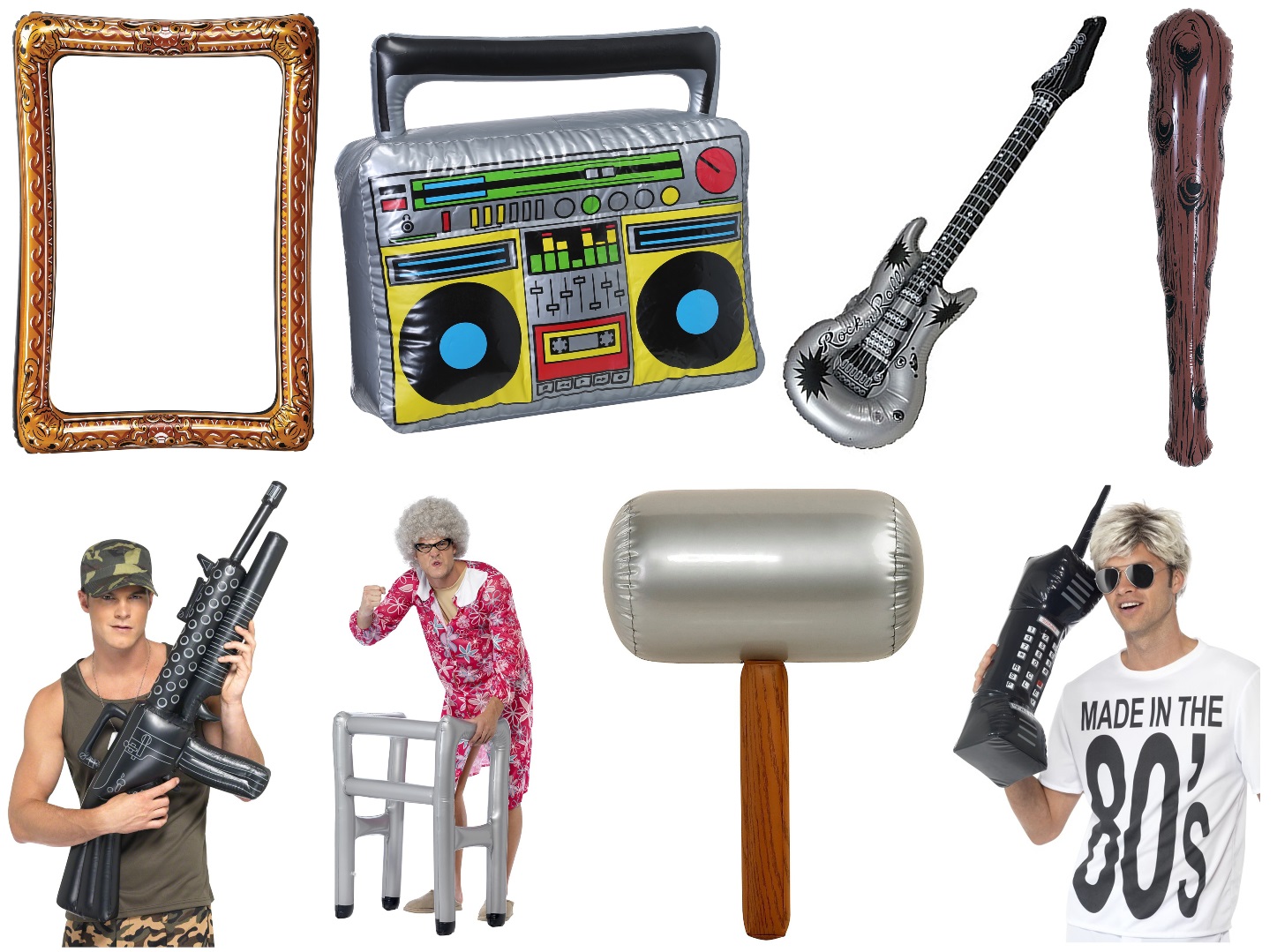 Inflatable costumes are a lot of fun, but even if you’re not planning on wearing an inflatable costume you can add to the fun with some silly costume props! The best part about inflatable prop items is that they are light, kid-friendly and they stand out. You can also deflate them and fold them up to store in your purse or pocket if you only wanted to have the prop for pictures. (Then you can have both hands free once again whether you’re out partying or taking your kid trick-or-treating!)