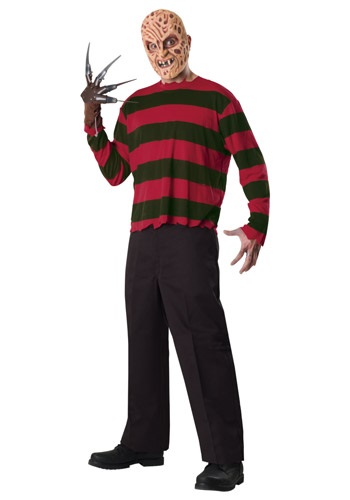 Listen, let’s just be real for a second: The children of Springwood have started to have nightmares, and we know that they have to do with you. And we’ve already talked to you about the fact that murdering kids in their sleep isn’t cool, bro. Sure, it’s an ingenious way to strike terror into the hearts of everyone who even hears about you - the thought that you’re not safe from mortal danger in your own dreams? Totally horrifying! - but has it ever occurred to you that while you’re murdering innocent kids, you’re also murdering your sense of self?

Think about it! A wise man once said that revenge is like drinking poison and expecting your enemy to die. And we know that you made a dying vow to come back and get revenge on the Springwood citizens who killed you by attacking the thing they hold most dear - surprisingly enough, that turned out to be their children - but is it really making you happy? Is the satisfaction of delivering terrible, gruesome, horrible deaths to innocent teens worth it?

While you’re mulling that over, let’s get you suited up in some new threads! This Adult Freddy Costume is made of 100% Polyester and includes a red and green long-sleeved shirt that features tattered edges on the sleeves and the bottom of the shirt. It even comes with a polyfoam Freddy mask! Pair it with our Replica Freddy Krueger Glove that will help you feel like more of a whole person while you’re trying to decide whether or not you’re ready to take a new (undead) life direction. Maybe it’s time to start invading your own dreams and making them real, huh, pal? Yeah, we think so, too!