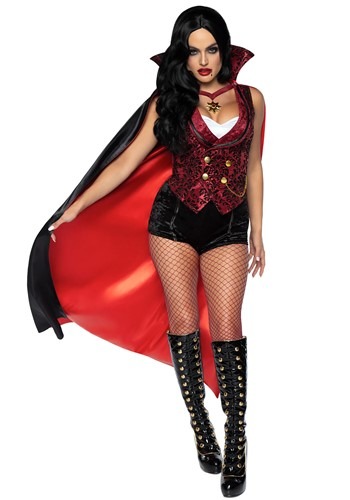 Children of the night...

For the past fortnight, you have meticulously stalked your prey. You first noticed him when he stepped off the ship docked in London's bustling harbor. As soon as you saw his beautiful neck, you knew that you had to bite it for yourself.

It should have been an easy mark. You've been hunting humans for a hundred years, so you're no neck-biting newbie. You have the process down to a science: Find out there they live, join their social circle, become a trusted confidant... and then go in for the bite.

Everything starts normally. You find out his name: Lord Richard Richman the Third. You find his stately manor on the moors. You manage to snag an invitation to his latest ball, and you catch his attention. By now, things are falling into your normal pattern, so predictable it's almost boring. When you fly under the full moon to his manor one midnight, you know how it's going to end before the night even starts.

You transform back into a human outside his bedroom door, letting the wind blow it open. You creep up to his bed. He opens his eyes groggily. You know that as he wakes up, he'll be powerless to resist your seductive charm.

But as his eyes focus, he sits up in alarm.

"What is that awful thing you're wearing?"

Oh, no! How could you have been so careless? You committed a classic bloodsucker blunder: Not wearing a sufficiently sensual outfit. No vampire can be successful in her hunt if she's not sufficiently vampy! It's impossible to be hypnotic while wearing jeans and a T-shirt. Every vampire knows that!

Make sure you don't make the salvet brocade me embarrassing mistake next time with this Women's Bloodthirsty Vampire Costume. This costume includes a flocked taffeta vest, velvet shorts, and a fully lined polyester satin cape. The outside of the cape is black as night, while the inside is blood red. The vest features brass buttons and intricate pattern details.

Your pale skin colors with mortification as you hurriedly stumble back out the door. As you transform back into a bat and flutter frantically to your castle, you curse your lack of fashion foresight. How could you have forgotten such an important detail? As you settle into your coffin, your stomach growling reproachfully, you vow to wear your Women's Bloodthirsty Vampire Costume next time. You'll never make that mistake again!