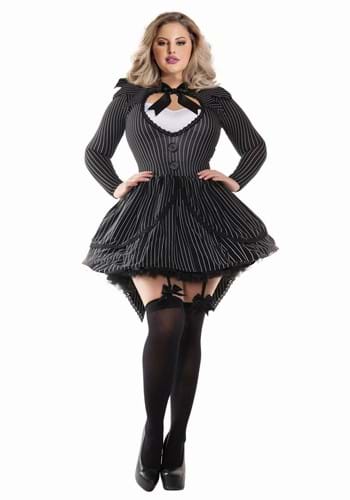 Jack the Ripper has gone stale. We're tired of him. He's just not scary anymore. Yes, he had a horrific and terrifying killing spree in Victorian Whitechapel, London, and the murders remain unsolved to this day, but psssh. Old news. No we won't go for a walk on the streets of Whitechapel alone but that's because it's raining out, we swear. . .

Alright, we admit, Jack the Ripper is still a bit scary. But can you blame us? It's the fear of the unknown. We don't know who he is or where he is or when he is, because it's entirely possible he was a time traveler moving through time killing his victims as he sees fit. That would be really something. Kind of sounds like a movie. We're going to write this down actually, see if we can make anything happen. Hang on a minute...

Okay great, copyrighted that idea so don't steal it. But why don't women get to have the bloodthirsty fun of a Victorian serial killer? Well, now you can! Forget Jack the Ripper. You're Jane the Ripper! And you're taking vengeance on all of the men who have done you wrong!

And all the while you look impeccable in this pinstriped suit. It's lush with a keyhole neckline with a wicked batwing collar and pretty black bow at the neck. The skirt is elegant with lace trimmed panels on the sides and tails at the back. No one would ever suspect someone as sophisticated and cunning as you. You're too smart to get caught. It's time to inspire some fear, Jane. Proper Victorian fear!