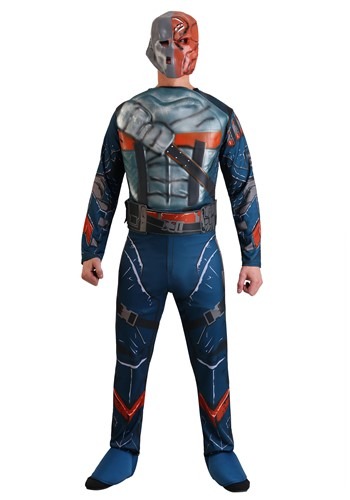 The age old question: What superpower would you like? Many jump to flight and invisibility, but those are all pretty noticeable… even invisibility leaves people wondering how the heck you get places without ever being noticed or vanish at the blink of an eye. It only takes an observer one chance to see you jump into the air or fade into it before your identity is on the evening news and people come running to figure out precisely what makes you tick. At least in our real society, you need some abilities that have a few more subtle qualities.

Strength, speed, prodigious wit, subtle-but-exceptional regeneration. Any of those powers would be particularly helpful and could be easily enough explained away by the suggestion that anyone viewing them was simply mistaken. Or, better yet, join a combative group as a mercenary or military soldier and not only are your skills explained but you have a profound use for them. A few examples of superpowered folks have appeared throughout the multiverse with a net of such abilities, though one always stands out particularly dark and intriguing.

We didn’t say superhero powers, after all. So, perhaps you want to make use of all those powers and couple them with some astounding swordsmanship. If so, you might be the perfect candidate for a new super serum by stepping into this Batman: Arkham Origins Adult Deluxe Deathstroke costume. The guy has been all over. Fighting the Teen Titans, Batman, and Arrow, he’s got a grudge against him from lots of pretty beefy folks, but we’re not at all worried for him. With this molded foam chest piece armor and a dark tinted jumpsuit with printed design throughout the gear to reflect Deathstroke’s unapproachable style, you’ll be ready for anything. And, even better, the molded vinyl mask protects your secret identity from any upstart heroes!