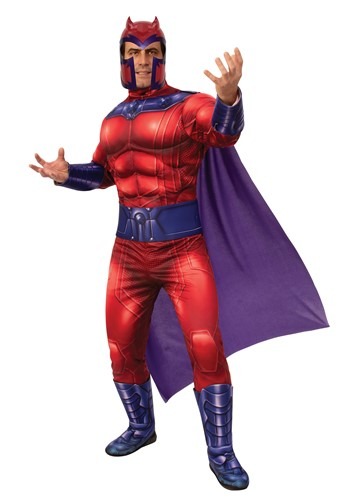 Definition of an Anti-Villain

The stories of the X-Men and their dealings with the ever-evolving opinions of humanity are vast. But, at the center of so many of them stands Magneto! Now, here's a character who has been through a lot. Ultimately, all he really wants is a safe haven for Mutants of all shape, size, and origin. Too bad things just have never seemed to go well for that ambition. A corrupt or fearful government gets involved, then one thing leads to another, and suddenly it is murderfest time!

We talk a lot about different kinds of heroes, like Cyclops and his paladin-like efforts. We love to chat about anti-heroes, like Deadpool who seem to have a delightful time enjoying himself while accidentally doing some good for the world. But, the anti-villain can throw us for a loop! Magneto has really good ambitions: safe place for all mutants. But, c'mon, when you create a group called the Brotherhood of Evil Mutants and make plans to off a bunch of homo sapiens just to show how powerful your new homo superior are, you're kinda walking into murky territory!

Whether you love him for his goals or just are enthralled by those magnetic powers, we can't blame you for wanting to glide into this Deluxe Magneto costume. This is an officially licensed look inspired by his comic book portrayals, including the red jumpsuit with purple accents and boot covers as well as the long purple cloak. Don't forget that red and purple-tinged headpiece. (You have to keep yourself protected from the Jean Greys of the world.)

It is time for the Mutants to rise up and claim their place in the world! Who better to lead them than someone like Magneto? Channel your magnetic powers and that charismatic personality... and maybe do some good while you're at it.