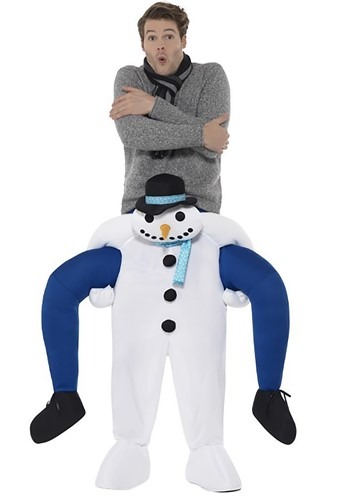 The Most Chilling Costume

We recently took a poll to see what people thought would make a truly terrifying Halloween costume. Zombies with giant gashes and oozing fluids were pretty near the top of the list. Vampires and werewolves had their place. A few villains and living people came up. But we were shocked to hear someone say a snowman would be the most terrifying. We asked why a snowman should be on the list and the answer really convinced us. A snowman would be a chilling Halloween costume.

Halloween can be cold, but it doesn’t happen in winter so it shouldn’t be snowy. A snowy Halloween means trick-or-treaters have to wear coats over their costumes. They may be asked to wear snow pants and big boots that completely ruin their outfit. A snowy Halloween would be too sparkly and bright. The decaying leaves would be hidden, and glowing Jack-O-Lanterns just wouldn’t have the same spooky effect. So, if you really want to frighten with your Halloween costume, think snowy thoughts!

This Piggyback Snowman Costume should inspire the right amount of fear. Don’t be fooled by the smiling face of this plump fellow, they’re here to make Halloween bone-chilling. You’ll look as if you’d been kidnapped by the wintery foe, as they carry you away on their fiber-filled back. To really add to the drama, wear something that’s not suited for winter weather, like a light jacket or tank top. Not only will the presence of a snowman at a Halloween party be upsetting, the guests will be able to imagine the frozen torment of being captured by snow.

Whether you think a Halloween snowman is scary or not, you’re sure to be in for a wild ride with this Piggyback Snowman Costume. People may not be ready for snow in October, but when you’re carried into the next costume party, it’ll be hard to deny that winter has arrived!